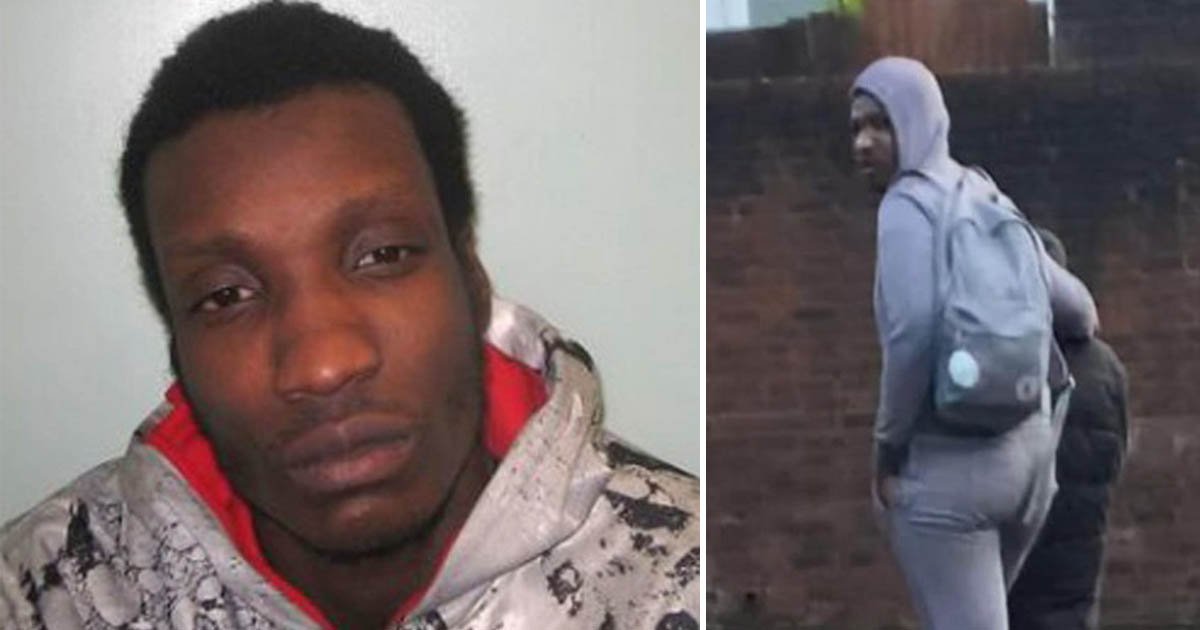 A man has admitted raping and kidnapping a girl on her way to school in south west London.

Kadian Nelson, 27, followed the 13-year-old before creeping up behind her and putting one hand over her mouth and another on her head.

He also threatened to kill the girl, and forced her to walk towards an alleyway in Mitcham.

After telling her to take off her coat and school blazer, he sexually assaulting her, then put his own jacket on her.

The Crown Prosecution said he had now pleaded guilty to the offences.

Police were alerted when a woman called 999 saying her daughter had seen a man grab a young girl.

Footage of the abduction was shared on social media.

In the clip, a woman can be seen following the man and asking if he knows the child, whose face is obscured throughout. At one point she shouts: ‘What are you doing with her?’

At first, the man tries to claim the girl is his sister, before finally walking away. The woman then asks the girl if she knew him and she bursts into tears, telling her he was a stranger and saying ‘thank you, thank you’.

Following the incident, the Metropolitan Police named Nelson as a suspect and urged him to come forward for his own safety.

Local residents were told not to take the law into their own hands after angry groups gathered at addresses in the area as news of the incident spread on social media.

Nelson appeared at Kingston Crown Court today where he admitted kidnap, rape and making a threat to kill, the CPS said in a statement.

Senior prosecutor Kate Shilton said: ‘This was a terrifying stranger attack on a young girl on her way to school.

‘The prosecution was able to present compelling evidence that made clear that it was Kadian Nelson who had carried out this sickening attack.

‘The prosecution case included video footage and DNA evidence from the lighter and tobacco pouch found inside Nelson’s jacket pocket, which he left behind.

‘The victim was also able to identify him in an ID parade. These guilty pleas will mean that Nelson’s young victim will be spared the ordeal of giving evidence in court.

‘I would like to thank the members of the family who saw what happened and took quick action in alerting the police to the incident.

‘The young victim has shown remarkable courage during these proceedings and I hope this conviction will go some way to providing her with closure.

‘Sexual offences are some of the most serious and complex cases to prosecute. The CPS is committed to bringing sexual offenders to justice where there is the evidence to do so.’

In a statement at the time, Mitcham and Morden MP Siobhain McDonagh praised the ‘extraordinary bravery’ of the woman who filmed the incident and thanked her for securing ‘extremely important evidence’ for the police.