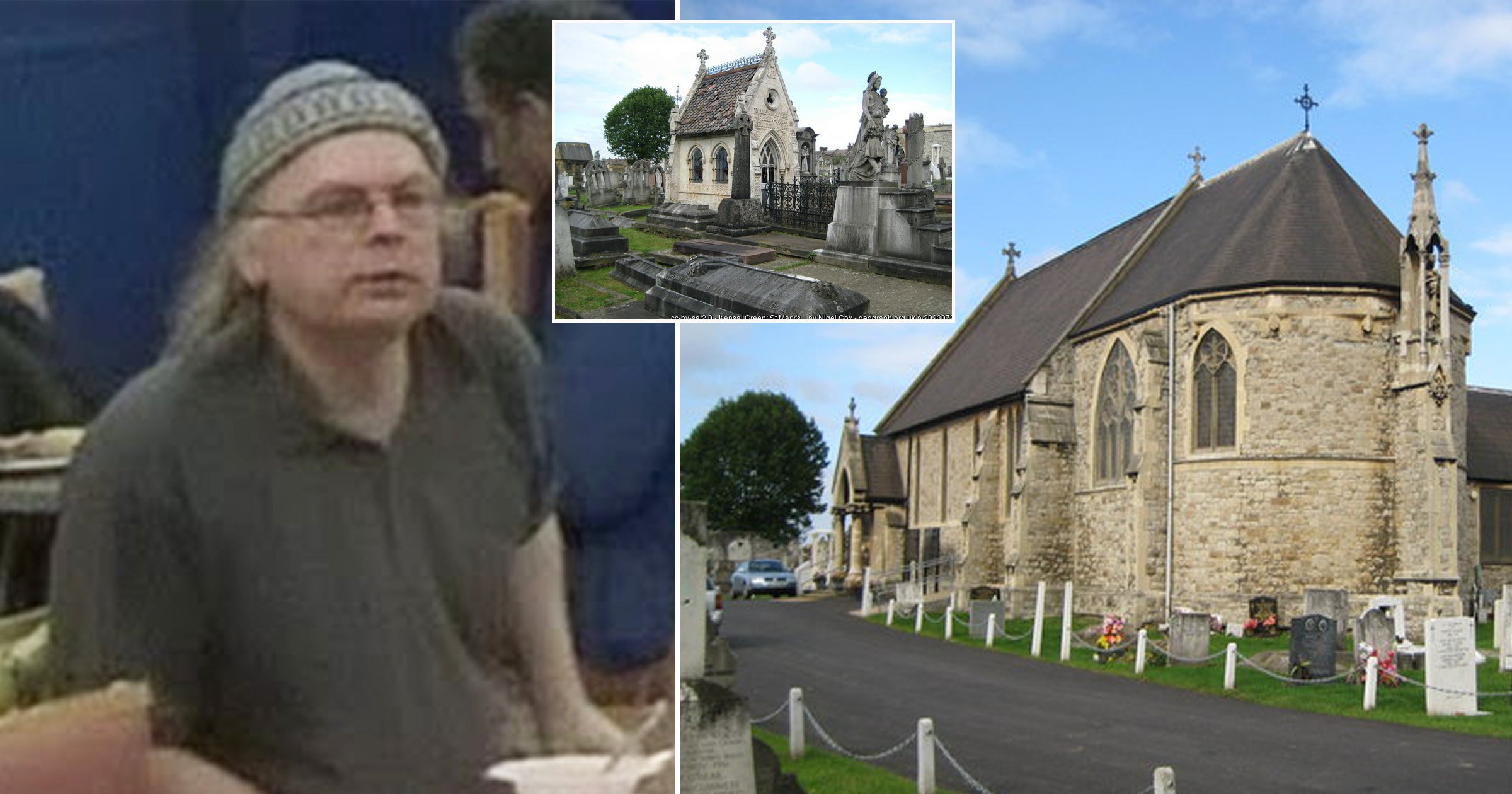 A man has admitted killing a complete stranger by stabbing him more than 30 times with a bayonet.

Michael Morris-Owens, 62, died on November 22 last year after Cornelius Tully, 50, attacked him while he was sitting in St Mary’s cemetery in Kensal Green, northwest London.

Although Tully has denied murder, he pleaded guilty to manslaughter by diminished responsibility, because of an unspecified psychiatric condition.

The Old Bailey heard the attack happened when Tully walked over to Mr Morris-Owens, while he was sitting on a bench, and started chatting to him.

CCTV captured the ‘somewhat macabre sight’ of a shadow of a figure, now known to be Tully, holding a long, thin blade in his right hand and a sheath in his left hand.

When Tully first stabbed his victim in the stomach, Mr Morris-Owens pushed his killer away and then tried to run off.

But he was chased by Tully who inflicted a ‘great deal’ more stab wounds. When police arrived at the scene, they found Tully with blood on his hands.

Several bystanders saw the attack and tried to stop Tully but they were not able to.

Tully, from Ealing, west London, is currently being kept at Three Bridges secure hospital – a forensic mental health facility which looks after men who pose a risk to themselves or others.

After the killer’s hearing on Tuesday, Judge Anthony Leonard adjourned the case to October 29 – when Tully will be sentenced.

Detective Chief Inspector Katherine Goodwin said: ‘This was a shocking and unprovoked attack on a man who had little chance of defending himself.

‘While today’s conviction does not bring Michael back, I hope it does give his friends and family some closure as they continue to come to terms with his tragic death.’