A man has admitted assaulting a pregnant stranger after throwing a pillow case over her head and repeatedly punching her.

Keith Gowers, 58, was caught on CCTV stalking the 20-year-old woman down an alleyway off Manor Road in Hackney, east London, before launching the unprovoked attack at around 6.30pm on March 18.

The footage went viral after a member of the local Jewish community posted it online in a bid to hunt down the perpetrator.

The victim, who was six months pregnant at the time, suffered a cut lip and thumb after being punched in the head and chest, while her glasses were also broken.

She was taken to hospital as a precaution but neither she nor her unborn child were seriously hurt.

Gowers pleaded guilty to assault by beating at Thames Magistrates’ Court on Friday. 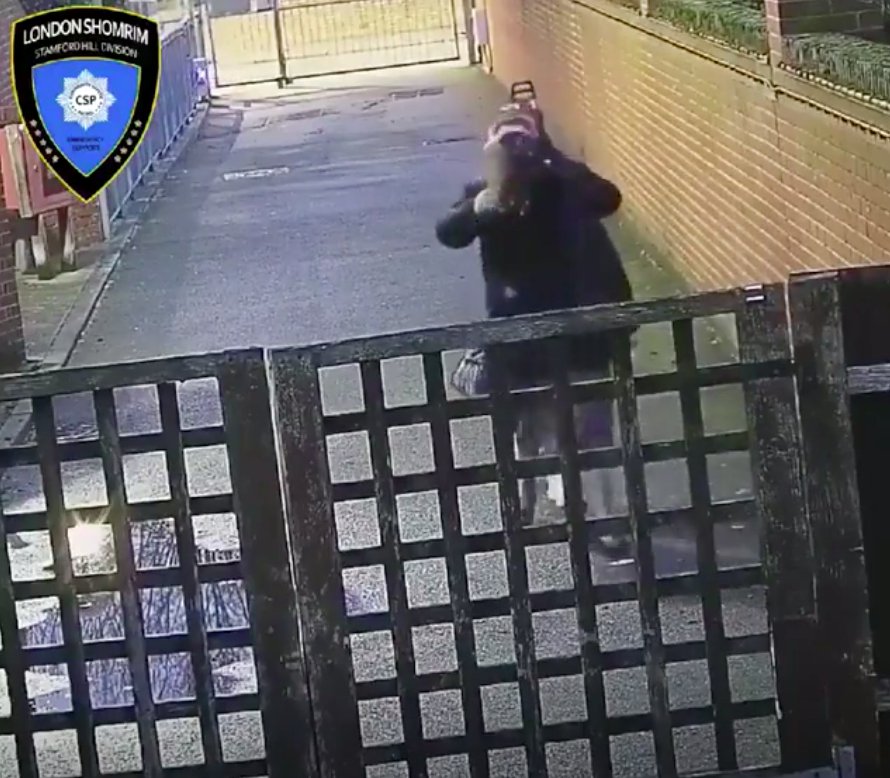 The attack was initially investigated as a possible hate crime as the victim was a Jewish woman, but prosecutors accepted it was not racially motivated.

‘It is about as serious as a common assault allegation can be.

‘All options will be considered by the court, including a custodial sentence.’

Gowers, from Tottenham, will be sentenced at the same court on October 1.

Varinder Hayre, from the CPS, said: ‘This was an unprovoked and shocking attack on a woman who was six months pregnant at the time. It is fortunate that her unborn child suffered no serious harm.

‘The victim had never encountered Keith Gowers before and was left incredibly shaken.

‘The CPS takes crimes against women extremely seriously and we will always work with the police and community to find and prosecute offenders.’