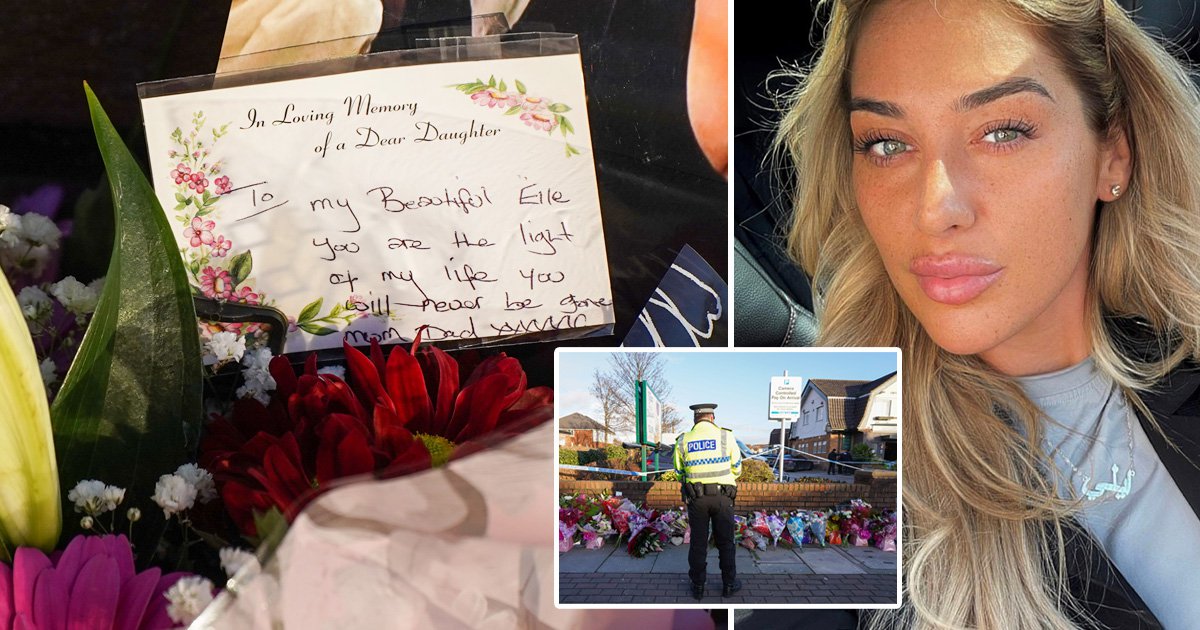 A man and a woman have been arrested in connection with the ‘cold-blooded’ murder of Elle Edwards, a beautician who was shot in the head at a pub on Christmas Eve.

Ms Edwards, 26, is not believed to have been the target of the attack at the Lighthouse in Wallasey Village in Merseyside.

Police said on Boxing Day that two suspects have been taken into custody where they will be questioned by detectives.

A 30-year-old man from Tranmere has been arrested on suspicion of murder and attempted murder, Merseyside Police said.

The force added that a 19-year-old woman from Rock Ferry has been arrested on suspicion of conspiracy to murder.

Detective Superintendent Sue Coombs from Major Crime Investigations said: ‘We have made two arrests in connection with this cold-blooded shooting.

‘Elle’s family are still having to come to terms with her tragic loss, and our specially trained family liaison officers are supporting them.

‘We will not rest until we bring those responsible to justice and I would appeal to anyone who has information to contact us.’

Flowers and other tributes have been laid at the scene of the shooting, which has also left one man in a critical condition and injured three others.

A heart-shaped plaque bearing a pink and green floral design, read: ‘Special Daughter, the happiness you brought in your own special way, will be remembered with love each and every day.’

Friends who were at the pub that evening described feeling “numb” when they learned Ms Edwards had been shot.

They told Sky News they initially thought the gunfire was festive fireworks as the incident happened just before midnight, but they said things soon changed and ‘automatically everyone just stopped’.

Asked what memories they had of their friend, they described her as ‘so funny’, adding: ‘There was never a time when we’ve been out where we’ve not had a ball.’

Ms Edwards is understood to have worked at a local beauty salon – Nova Studio – which posted on Instagram: ‘Absolutely lost for words… Heaven gained the most beautiful angel.

‘We are all heartbroken, thinking of all of your family right now Elle, thank you for all of the laughs and happiness you brought into our lives, rest in paradise angel, love from your team at nova.’

Dozens of people responded to the post. One said: ‘Elle was such a beautiful girl inside and out, so sorry for your loss.’

Another said: ‘Rest in paradise our gorgeous angel. Always in our hearts forever and always.’