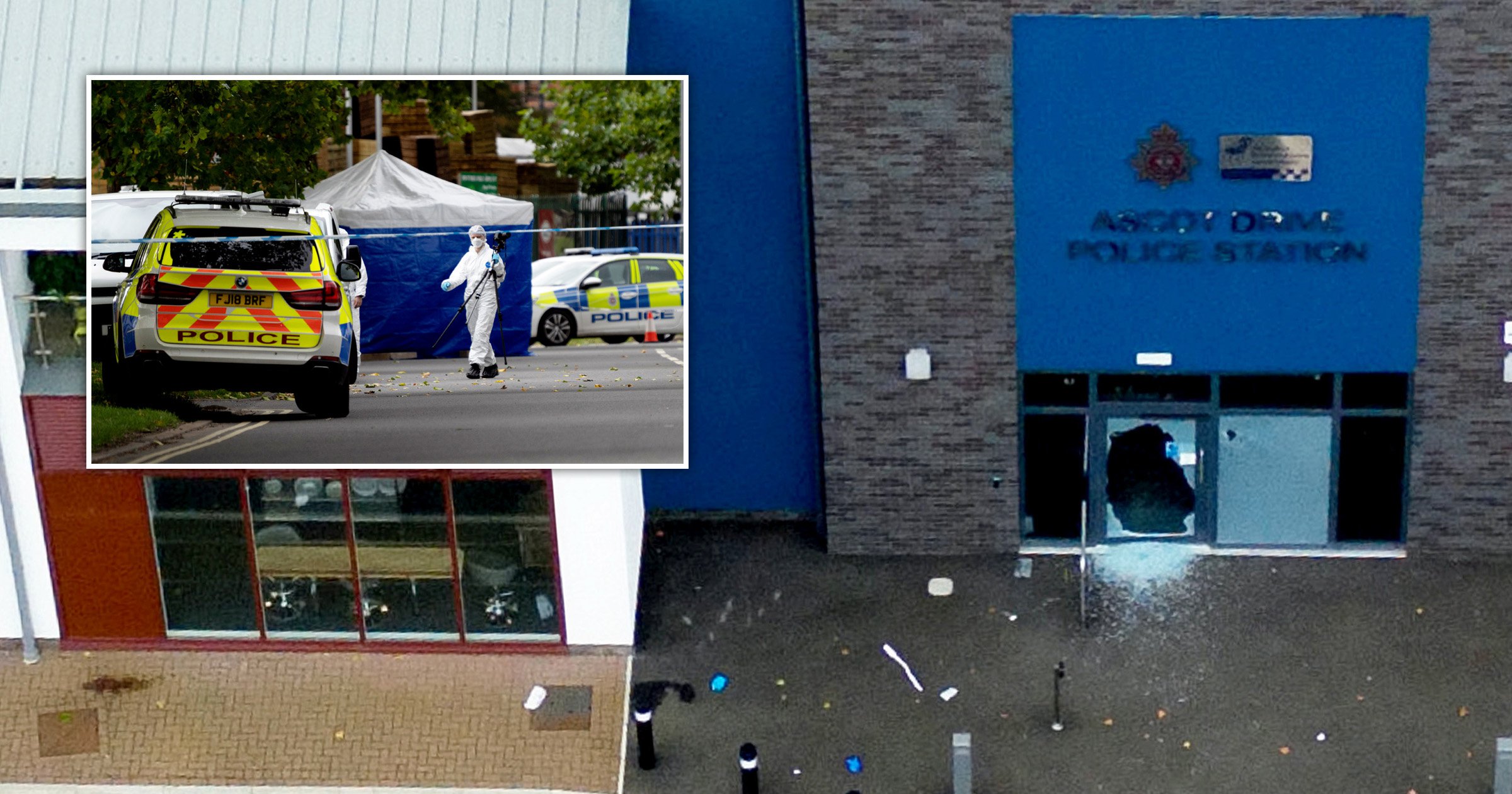 A man who was suspected of carrying a knife outside a police station has been shot dead by police.

He was confronted by firearms officers in a secure car park at Ascot Drive Police Station in Derby.

They were on the scene within eight minutes after officers reported seeing a man with a weapon in a part of the premises off limits to the public.

Derbyshire Constabulary has now confirmed he was killed using a shotgun.

The man, who has not been identified by investigators, was given first aid on the scene and later died in hospital.

An investigation into the fatal incident, which will probe whether the deceased was armed, will be carried out by the police watchdog.

Gary Lloyd, who was near the station at the time, told Metro.co.uk: ‘I was just sat in my van and heard about 5 shots that was very loud.

‘So I got out my van and walked up to see but couldn’t see anything but lots of police cars and vans.’

No other station staff, officers or members of the public were injured in the incident.

A Derbyshire Constabulary spokesperson said: ‘At 9.55am today (7 October) officers reported seeing a man armed with a knife in the secure car park of Ascot Drive Police Station, off Ascot Drive in Derby.

‘Armed officers were sent to the scene, and at 10.03am a police firearm was discharged.

‘The man, whose identity is unknown, sustained a gunshot injury and East Midlands Ambulance Service were requested to attend.’