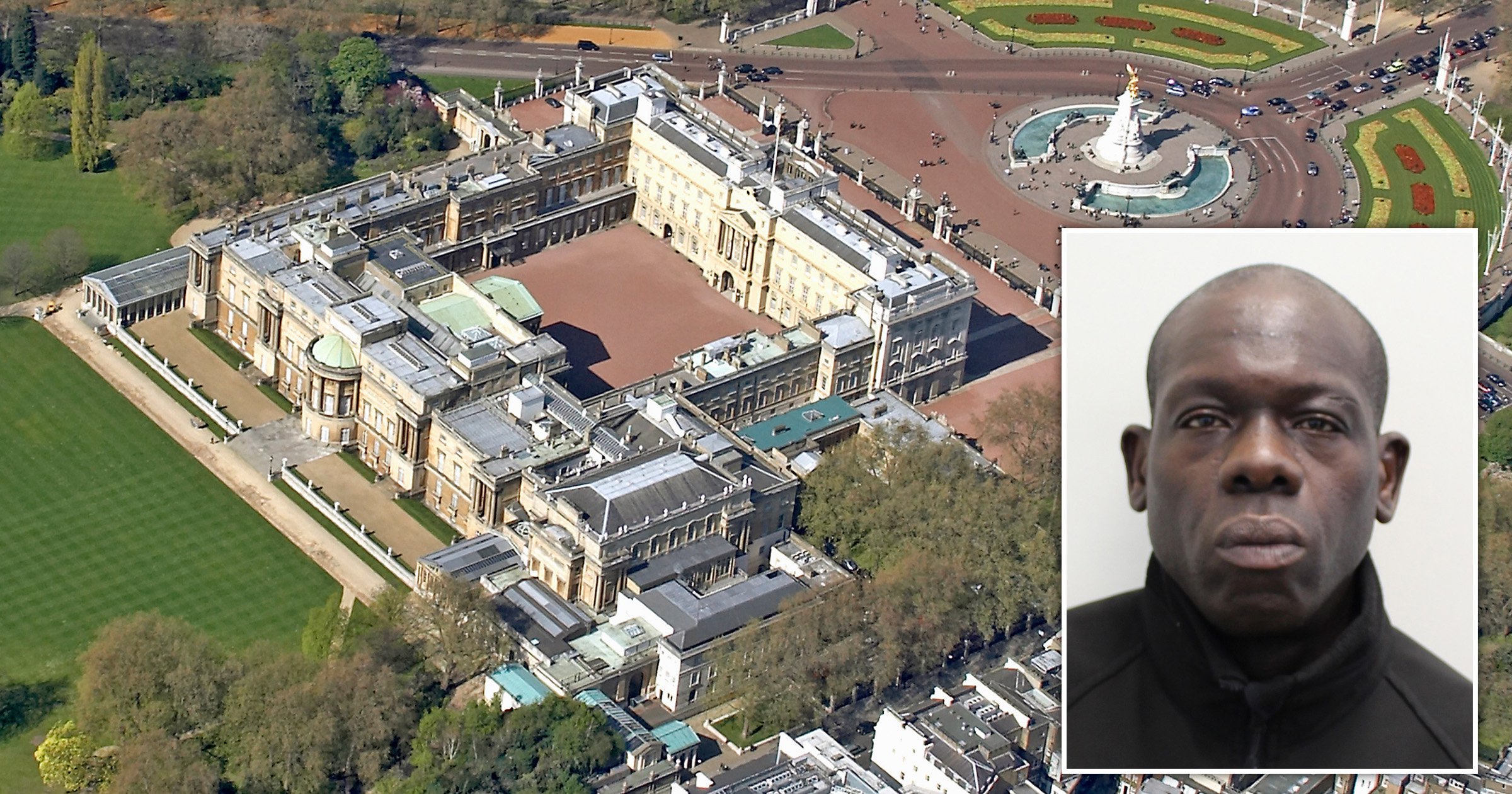 A man asked to use the toilet in Buckingham Palace after he was caught trespassing while carrying a knife.

Chorrie Thompson, 46, walked into the private royal residence in London by slipping through a gate that was opened to let a vehicle leave.

The security breach happened at around 11.25am on April 15 and was called ‘serious and significant’ at Westminster Magistrates’ Court.

Prosecuting, Mike Mullin said Thompson made his way to the right of the large gate before he was confronted by security staff and asked to leave.

‘He said he wanted to use the toilet and when he was refused permission he became aggressive and threw some documents he had onto the floor,’ Mr Mullin told the court.

The court heard that when police officers arrived, they found Thompson was carrying a Stanley-type carpenters’ knife.

Thompson held his back which he said was in pain when he appeared in the dock on Friday, wearing a grey prison-issue tracksuit.

He spoke to confirm his name, date of birth and said he was of no fixed address, before admitting two charges of possessing a locking type of craft knife and trespassing on a protected site.

Chief magistrate Paul Goldspring said: ‘This is obviously a serious and significant case given the nature of where he was and the offending that took place.’

But he added: ‘I recognise he didn’t produce the knife, it was only found as a result of the search, which was inevitable.’

Mr Goldspring said Thompson faces a minimum six-month prison term as a starting point, but adjourned sentencing until May 28 for pre-sentence and psychiatric reports to be prepared.

The court heard Thompson, who has a string of previous convictions for offences including burglary, had been in contact with a mental health team in Barnet, north London, and has been diagnosed with schizophrenia.

He was remanded in custody.