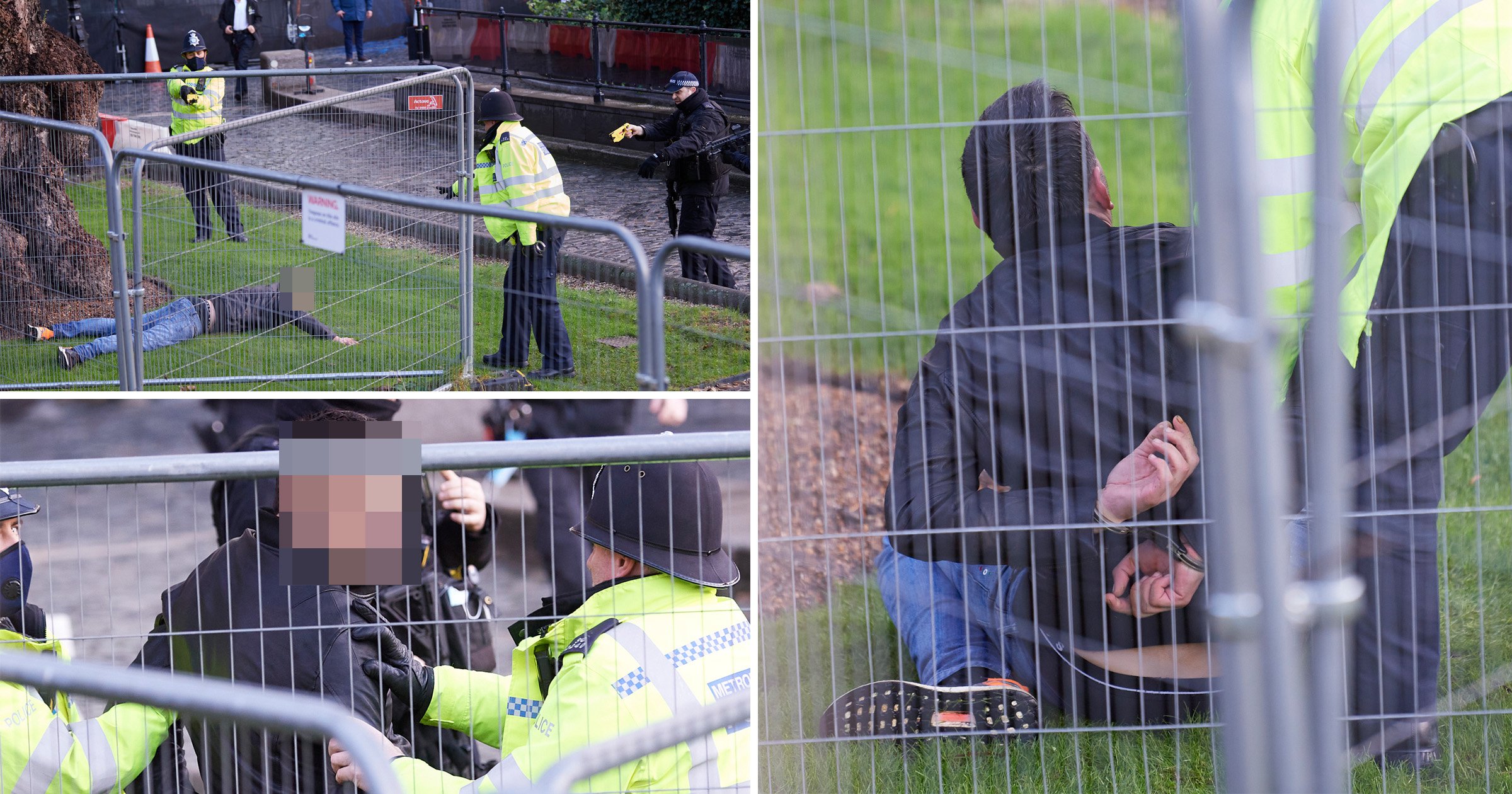 A man breached security outside the Houses of Parliament before being pinned down by armed police.

The man is said to have scaled the fence in front of the House of Commons at around 3pm today.

Images from the scene show the suspect lying on the ground with officers aiming their guns at him.

Police confirmed that a man was arrested for trespassing at the Palace of Westminster but said that contrary to reports, no taser was used.

One witness, whose Twitter bio says he is a parliamentary staffer, tweeted: ‘Just saw someone climb into Parliament.

Witnesses said the incident was responded to quickly with images showing the man being led away in a police van.

According to The Daily Mirror, he was seen talking to police officers and shouting ‘my rights’ loudly as he was detained.

A spokesperson told Metro.co.uk: ‘At around 15:00hrs on Wednesday, 1 December, a man was detained and arrested at Carriage Gates inside the Palace of Westminster on suspicion of trespassing on a protected site.

‘Enquiries into the circumstances continue. No Taser was used.’

The spot where the suspect was seen is close to where previous intruders have gained access by jumping the high fence.

The incident happened on a busy day for Prime Minister Boris Johnson, who earlier faced a grilling on his alleged lockdown rule-breaking at PMQs.