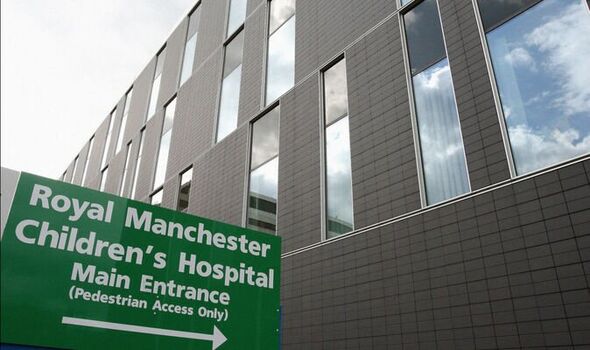 The baby, just seven weeks old, was found unresponsive at a property in Burnley, Lancashire, near the end of last year following an apparent incident at home. He was rushed to hospital on November 28. The was later transferred to Manchester Children’s Hospital for further treatment but died two days later, on November 30.

The suspect is a 25-year-old male from Burnley.

He was initially arrested along with a woman of the same age on suspicion of assault, according to Metro.

They were bailed, but were re-arrested on suspicion of murder.

They were granted bail and the woman was released without charge.

The man, however, remains on bail and is being held while investigations continue.

The cause of death of the baby boy has yet to be established.

Lancashire Police said in a statement they were called at just after 12pm on November 28 by the Ambulance Service to an address on Piccadilly Road.

It added: “Sadly, the boy died on November 30. A Home Office post-mortem examination was conducted and further medical investigation is required to establish a cause of death.

READ MORE: Children struggling with the basics after months in lockdown

“The man and woman were re-arrested on suspicion of murder but following further enquiries the woman was later released without charge.

“The man remains on police bail until August 31.

“The investigation is ongoing.”

DON’T MISS:
Boris urged to cut the ‘soundbites’ and focus on action [OPINION]
Tory civil war erupts as Scottish Conservatives REFUSE to back Boris [REPORT]
Prince Andrew legal settlement with Giuffre ‘will have been millions’ [REVEAL]

Police have asked anyone with information on the case to get in contact via 101.

Those who do so must quote the log reference 0581 of November 28.

The 25-year-old man’s details have not been revealed.