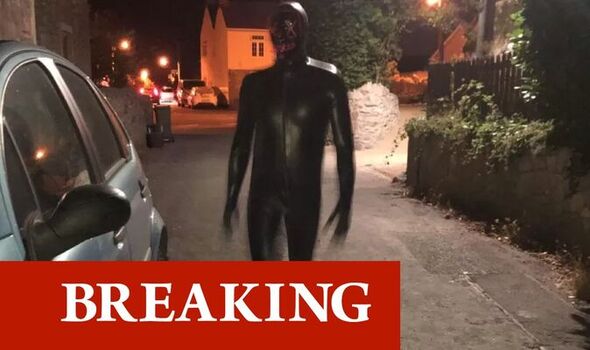 A man in his 30s has been arrested after two people were approached by someone wearing dark clothing and face covering in Cleeve, North Somerset.

The incident follows similar sightings of a man wearing a “gimp suit” a mile away in Claverham in 2019 and 2021.

There was a further sighting in Yatton, also nearby, earlier this year.

Police were called shortly before 1am on Tuesday, October 25.

The man was arrested on suspicion of causing a public nuisance, but has since been released on bail.

A police spokesman said the force responded “quickly” due to similarities with previous incidents which have “caused significant alarm”.

The officers responding to the call were told the man “rolled around on the floor” before walking off towards Cleeve Hill Road.

A dog unit and a helicopter were also deployed to assist in a search of the area.

While the man has not caused any direct physical harm to anyone, locals say he is still causing concern to the community.

Acting Insp Lee Kerslake, of the neighbourhood policing team, said: “No-one has been physically harmed during any of these incidents but we know they have caused concern to the local community and we are determined to identify the individual or individuals responsible and stop them.

“We continue to keep an open mind about the intentions of the man on Millier Road and whether the incident is linked to any others.”

Avon and Somerset Police are carrying out extra patrols in the area and anyone concerned is being encouraged to speak to an officer.

Conditions of the man’s bail include that he must remain home between 9pm and 6pm, and present to a police officer on request.