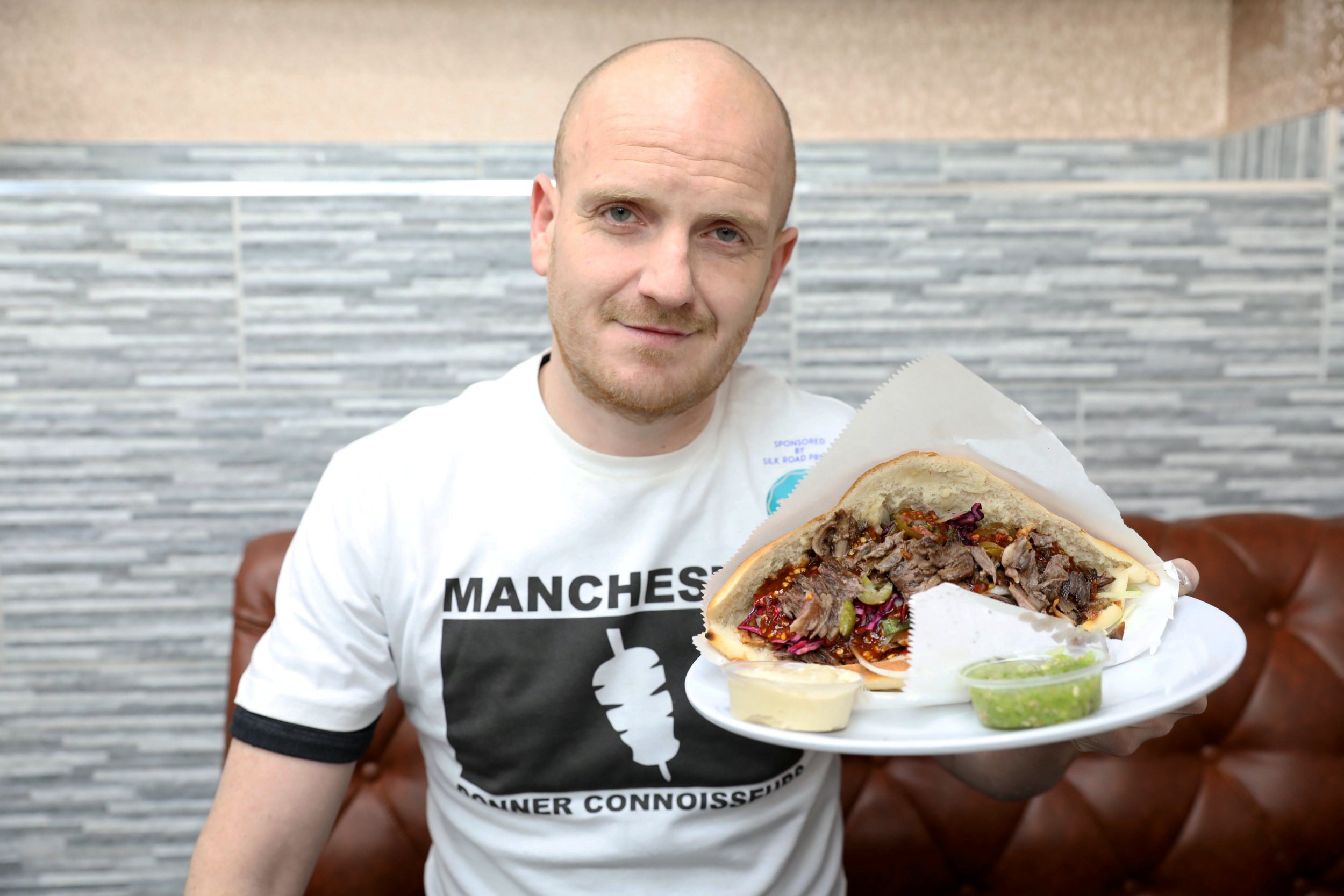 A junk food-loving dad has eaten 124 kebabs in the space of just one month in an epic ‘kebabathon’ – consuming a staggering 250,000 calories.

Des Breakey, 36, from Manchester, says he has been hurt both ‘psychologically and physically’ after eating four meat wraps every evening.

The dad-of-two even went without a roast Christmas dinner to make space for more of the late-night delicacies.

But the engineer – who polished off his final doner on New Year’s Eve – says he feels a huge sense of ‘accomplishment’ after raising £1,000 for Francis House Children’s Hospice with the stunt.

Des now plans to ‘retire’ from extreme eating challenges, but he is already looking forward to his next kebab trip, which he is planning for the weekend.

He said: ‘It’s very much an accomplishment. I appreciate the support. But I’m not doing it again. This is my final dance. I’m now retiring.

‘I have enjoyed it, but it’s hurt me physically. I’ve felt like crap. I’m not getting any fruit, no vegetables, and no nutrition. I couldn’t eat anything else.

‘It was a breeze for the first two weeks. But the last two weeks it got a bit messy, not just physically but psychologically as well.

‘There was pressure on getting there – I had to do it. I couldn’t let them down.

‘But to be honest, I’m already planning to go out with my mates next week. I’ll never stop eating kebabs.’

Des began the epic eating challenge on December 1, and travelled to different kebab shops each day in search of the wrapped meat dishes.

He would make sure he didn’t eat throughout the day so he had room for the wraps.

He said: ‘I was starving myself all day at work. I would finish at 5pm, and then I would be eating four kebabs.

‘Sometimes I would be eating them in my mate’s car, some on the fly. The quickest I did it in was an hour and a half.’

Des, who rotated between lamb, donor, chicken and mixed meats, said his favourite kebabs came from two different shops in Oldham and Bolton.

He spent hundreds of pounds of his own money on the kebabs, which ranged from £5 to £15, with others donated to him along the way.