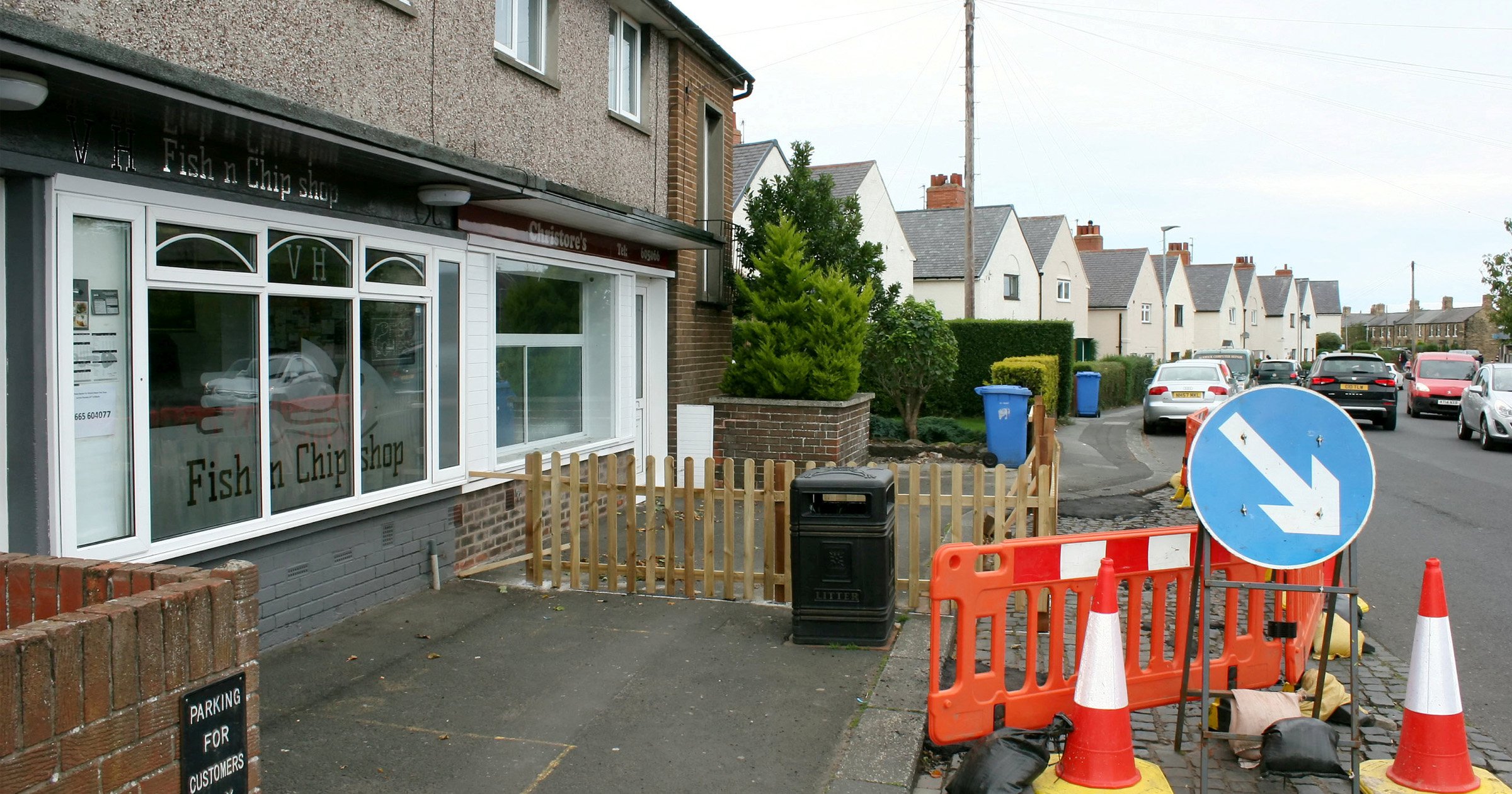 A fed-up homeowner has erected a fence on a footpath to stop people sitting on his windowsill to eat their fish and chips.

Stephen Williams, 45, put up the 4ft-high picket fence to block off a path and a layby used by customers coming out of the chippy next door.

He used to run a sweet shop next to Victoria House Fish and Chips but was forced to close in 2019.

Now he has transformed the building into a house and the old shop front is being turned into a living room.

But customers are furious, claiming the fence forces them to walk on the road to get to the chip shop.

One local said: ‘The chip shop has been there for years. Whoever bought the house next door must have known that. Sticking a fence up is very petty.

‘He didn’t mind people walking on the path when they were coming into his shop and lining his pockets. Now all of a sudden he wants privacy. It’s unbelievable.’

Stephen built the fence along the original boundary line of his £300,000 semi-detached property in Alnwick, Northumberland.

It extends 2ft onto a layby which customers use to park their cars before picking up their food.

One resident said: ‘Stephen is sick and tired of people eating their chips right outside his home.

‘Sometimes schoolkids queue outside and can go right outside his living room window.

‘They are basically sitting on his windowsill stuffing their faces while he’s watching TV. I don’t agree with the fence but I have some sympathy with him.’

Cllr Gordon Castle said: ‘He claims to have deeds showing ownership of where his fence now sits.

‘I can hardly believe he has gone ahead with this before any resolution with county highways, especially given the impact on pedestrians and children walking to school.

‘There are meetings scheduled to find the legal way forward and I’m sorry I can’t do more, but I’ve sent photos and explained to officers that I’m receiving many messages of complaint. I can’t get it higher or faster at County Hall, but I won’t let it go.’

Defending his fence, Stephen said he wanted privacy now that the shop has been turned into a house.

He said: ‘We’ve had people eating their chips on our windowsill and looking through the window while we are trying to relax. It’s not on

‘We just want some privacy. The land is rightfully ours. We checked with the plans and we are legally entitled to put a fence up.

‘Most people wouldn’t want people using their land as a footpath and neither do we. We just want to protect our property.’