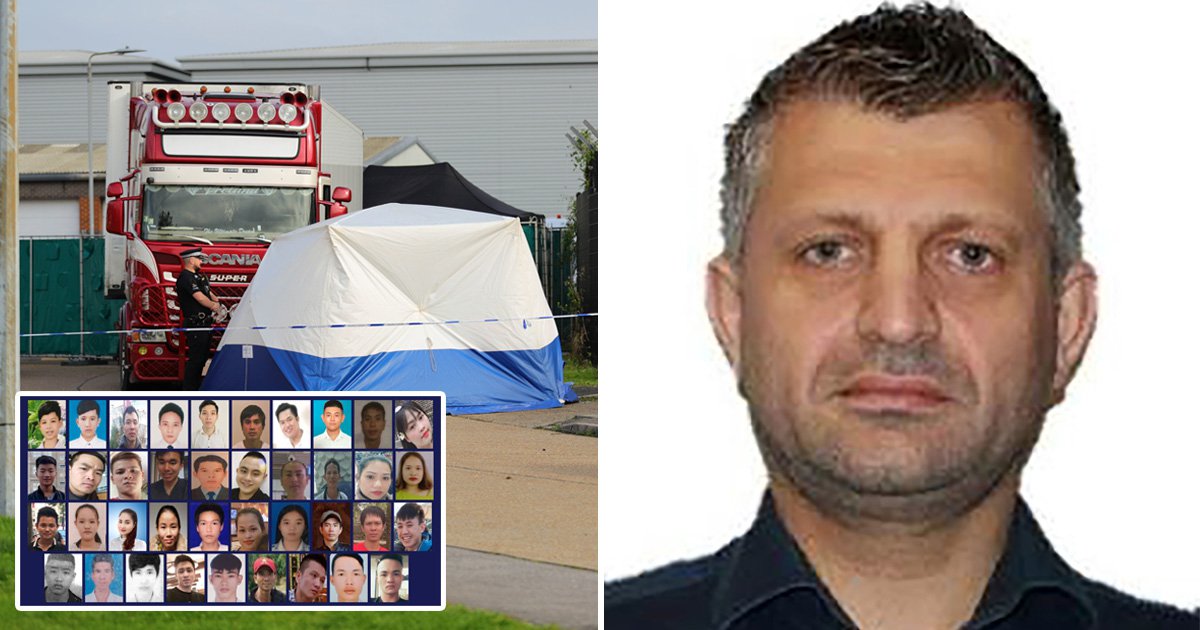 A man has been charged in connection with the deaths of 39 Vietnamese nationals found in a lorry in Essex.

The victims’ bodies were discovered early on October 23, 2019.

Marius Mihai Dragici, 49, will appear at Chelmsford Magistrates’ Court today accused of being involved in the incident.

He has been charged with manslaughter and being part of a conspiracy which led to the deaths.

Dragici, who was detained by police in Romania in August, is suspected to have been part of the network which co-ordinated immigrants’ illegal journeys to the UK.

He faces 39 counts of manslaughter and conspiracy to assist unlawful immigration.

Police had discovered the bodies of the 39 Vietnamese nationals in the back of the lorry trailer which had been transported by ferry from Zeebrugge in Belgium to Purfleet.

All of the migrants, aged between 15 and 44, suffocated in temperatures of up to 38.5C (101.3F) in the pitch dark interior, the jury at London’s Old Bailey was previously told.

The court has heard how the trailer was loaded on to the ferry at Zeebrugge the afternoon before the victims were found.

The boat, the Clementine, set off 36 minutes later with the container stowed on the weather deck.

Four men from Ireland and Romania were jailed for manslaughter in January after one of the biggest homicide investigations in British history.