A man has been charged with common assault and criminal damage after Nigel Farage had a milkshake thrown at him in Newcastle.

The Brexit Party leader’s suit was covered in the drink following the incident on Monday and he was quickly hurried away from the scene by staff.

On Tuesday, Northumbria Police said that 32-year-old Paul Crowther had been charged with common assault and criminal damage. 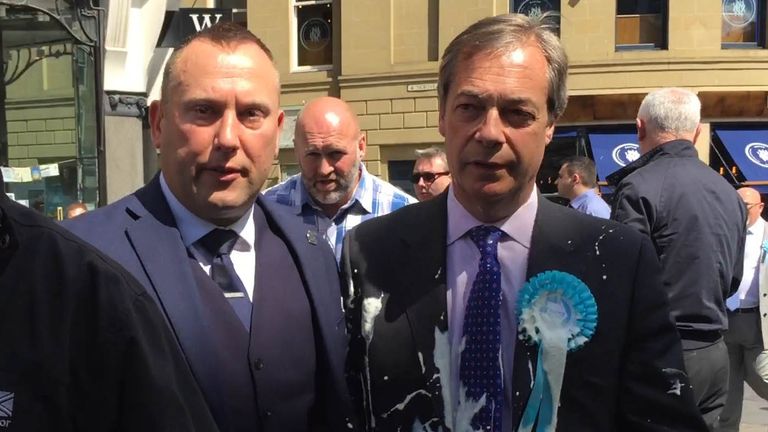 He will appear before magistrates in North Tyneside on 18 June.

Mr Farage had milkshake thrown over him after he gave a speech at Newcastle’s Monument as part of his party’s campaign tour, ahead of Thursday’s European Parliament elections.

An empty Five Guys banana and salted caramel milkshake cup was left on the floor following the incident.

Afterwards, Mr Farage could be heard asking security staff: “How did you not stop that?”

He became the latest politician to have the drink doused on him, joining figures such as UKIP’s Carl Benjamin and independent European candidate Tommy Robinson.