Manchester City are facing a possible ban from the Champions League as UEFA’s financial body today deliberates its judgment over an investigation into the club’s spending.

UEFA launched a probe into the Premier League champions in March following a series of reports published in German newspaper Der Spiegel that alleged the club had breached financial fair play (FPP) regulations.

FFP, introduced by UEFA in 2011-12, stipulate that a club’s outgoings must not be wildly above incomings, in an attempt to curb irresponsible spending and to aid competition. The Der Spiegel articles published back in November claim that Manchester City had for years been cheating the FPP rules by injecting millions of pounds from its Emirati owner Sheikh Mansour into the club, via other UAE sponsors.

Some of these sponsorship deals were later found by experts to be around three times more profitable than they were actually worth.

Manchester City has consistently denied any wrongdoing, and maintains that the allegations are “entirely false”.

In a confrontational denial issued on Thursday, the club said they were “disappointed, but regrettably not surprised” by the referral to the financial body for judgment.

“The decision contains mistakes, misinterpretations and confusions fundamentally borne out of a basic lack of due process and there remain significant unresolved matters raised by Manchester City FC as part of what the club has found to be a wholly unsatisfactory, curtailed, and hostile process,” City concluded. 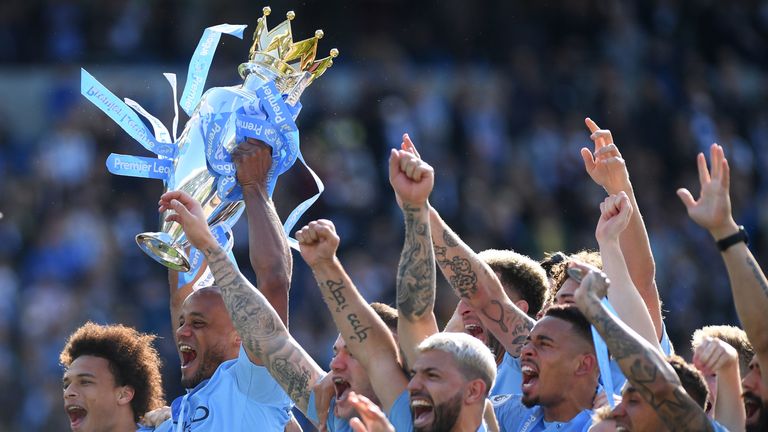 If found to be in breach of the FPP regulations, the club could face a one-year ban from the Champions League – and questions would be asked as to whether the Premier League would also take action.

This is not the first time the club has been in the firing line for spending irregularities.

In 2014 City were found to have broken FFP and on that occasion were handed a £49m fine.

Robert Buckland has urged the wider community to ‘call out’ modern day slavery so authorities can act, claiming it is ‘all around us’. The Justice…