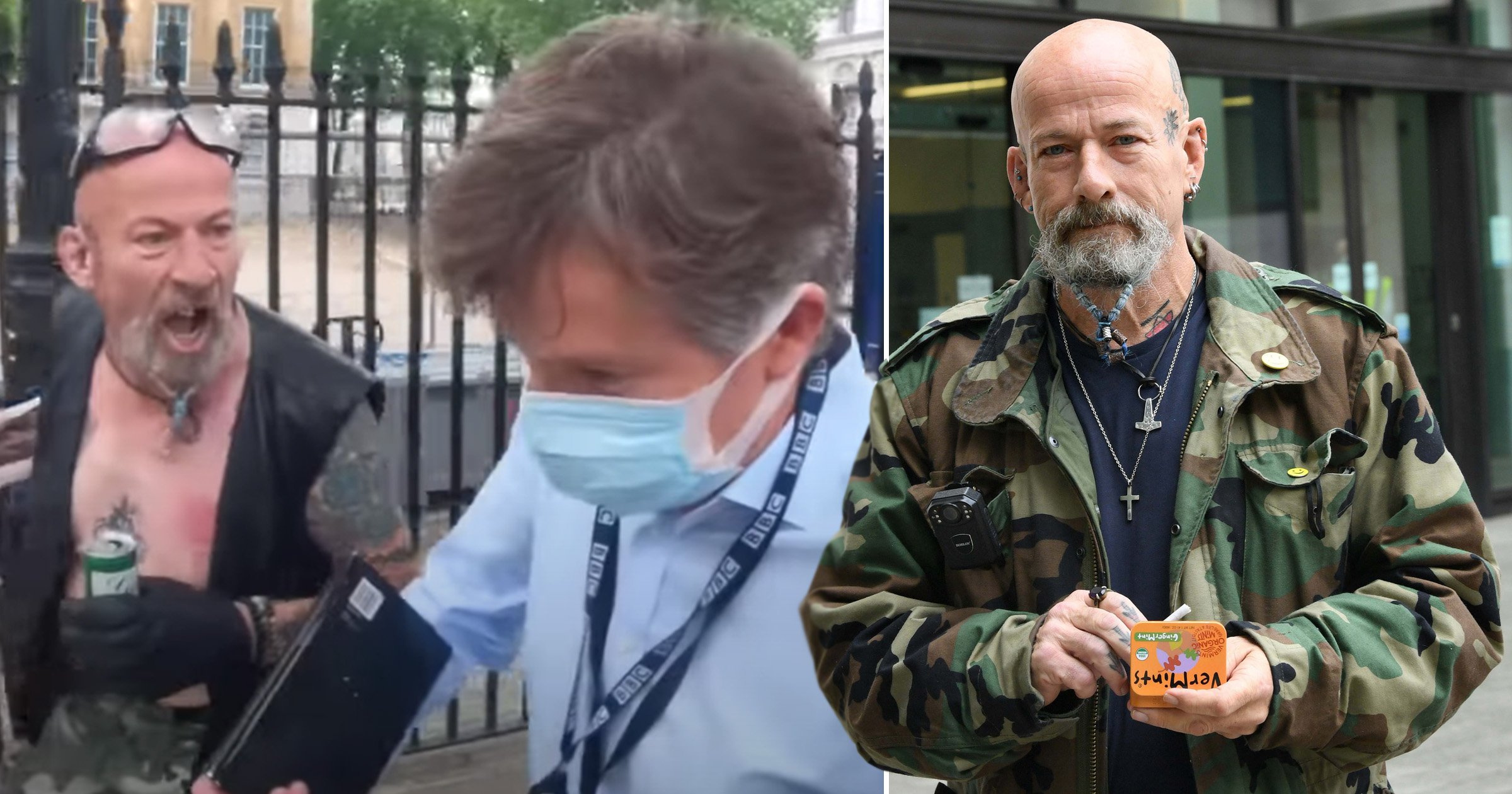 Martin Hockridge, 57, yelled ‘traitor’ at the Newsnight political editor in Whitehall, central London — but denies it was a ‘threatening or abusive word’ to use, a court heard.

Footage on social media showed a crowd of about 15 protesters chasing Mr Watt on June 14.

Later that evening, heavily-tattooed Hockridge was charged under the Public Order Act.

He appeared at Westminster magistrates’ court wearing a blue T-shirt, Levi jeans, and black Dr Martens boots, speaking to confirm his name and deny the charge.

Gemma Motion, defending Hockridge, said he ‘has no knowledge’ his words would be perceived as threatening.

Following the incident Hockridge, a gardener from Harpenden, Hertfordshire, posted on Facebook: ‘I stand by my actions.

‘It is unacceptable that the BBC lies and spread (sic) fear among the nation.

‘The propaganda pushed out by this man and the insidious organisation he works for. Nicholas Watt is a traitor, cast from the same mould as Lord Haw-Haw.’

Hockridge was bailed ahead of his trial at the same court in November.

Christopher Aitken, 62, of Brixton, south London, has been charged with the same offence and is due before Westminster magistrates in July.