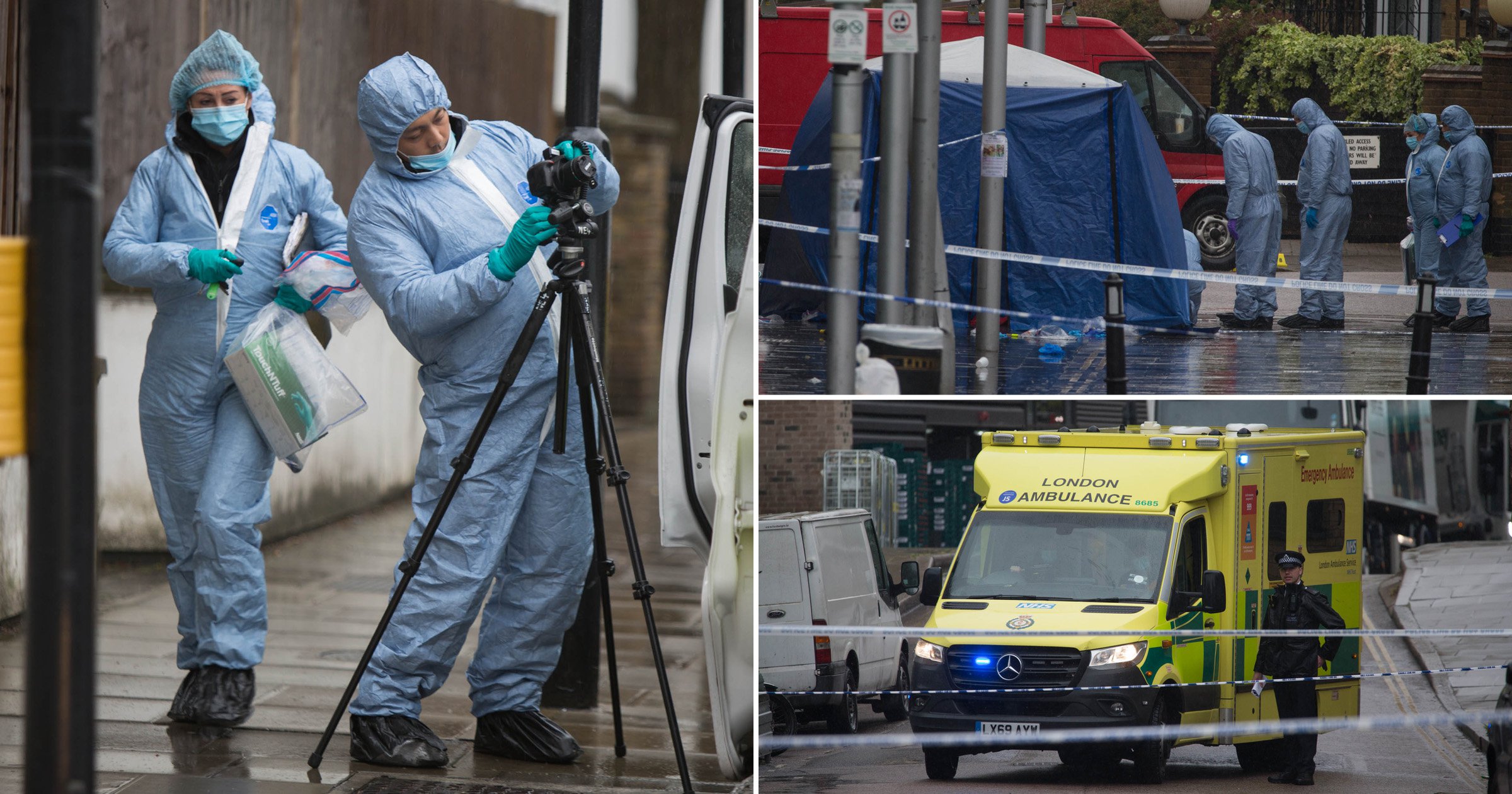 A man has died after shots were fired outside a bar and a teenager has been stabbed to death during a night of violence in London.

Paramedics desperately tried to save a man in his 30s after receiving reports of shots fired in Gillet Square, close to Dalston Kingsland station in Hackney on Friday. He was pronounced dead at the scene at around 1am this morning.

Enquires are underway to confirm his identity and inform his family. An investigation has been launched and a post-mortem examination will take place.

A Met Police spokesperson said: ‘Officers are also working to establish the exact nature of the man’s injuries.

‘A crime scene remains in place. No arrest has been made at this early stage.’

The tragedy came after a boy was stabbed to death and another injured following reports of a fight in Romford last night.

Officers found a boy, believed to be in his mid-teens, suffering from a stab injury on Church Road.

An air ambulance rushed to the scene, but he was pronounced dead just after 7pm. Officers are currently tracing his family.

Police also found a second boy, aged in his mid-teens, suffering from a stab wound on Retford Road. He remains in hospital.

Three people have been arrested in connection with an investigation. The Metropolitan Police has appealed to the public for information.

BCU Commander Marcus Barnett said he was ‘utterly devastated’ by the news of more bloodshed across the city.

He wrote on Twitter: ’When will this stop? More lives needlessly lost, more families devastated, more hurt and pain in communities.’