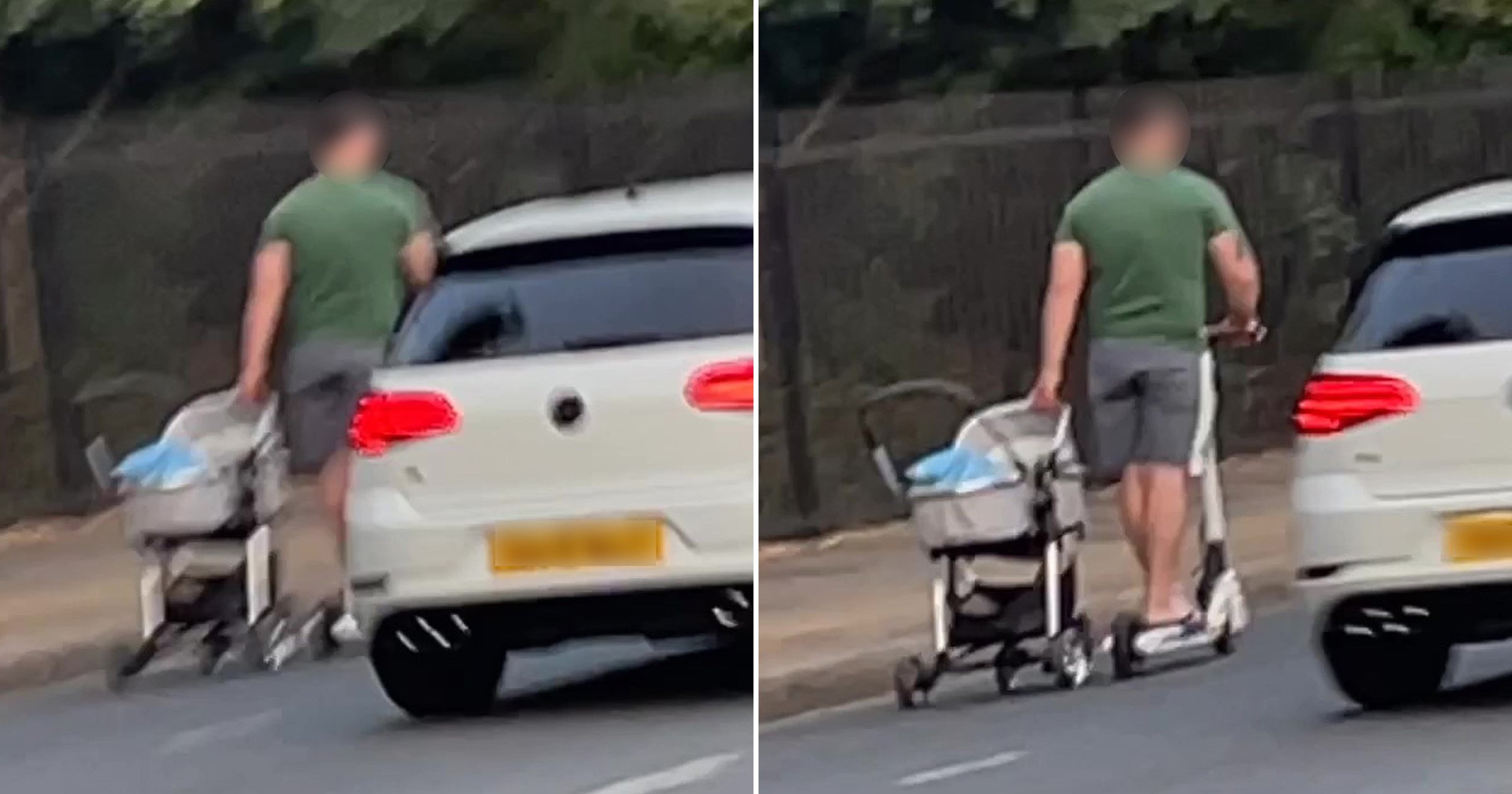 A man has been spotted dragging a pram down a busy road while riding an e-scooter.

The ‘reckless’ scooter rider was filmed whizzing down the A117 in Newham, East London, holding onto the pram with one hand while steering the scooter with the other.

It is not known what, if anything, was in the buggy.

Phyllis Smith was heading home from work on July 11 when she spotted the man.

The 19-year-old from Newham said the man zipped down the road, which is lined with supermarkets, schools and offices, to the horror of passersby.

Phyllis, who decided to film the incident, said: ‘For some weird reason, he was on the road. I don’t know why.

‘I was walking home from work and there was literally a guy on a scooter using his one hand to push the pram. He was just scootering across.

‘Anyone in the area would know that road leads to the A13 so it actually leads to a motorway or if you carry on straight, you’re in a bus lane.

‘In those circumstances, I was so confused as to why he did that. He just carried on down the road.’

‘The whole thing is just not safe. It was an interesting sight to say the least.’

Phyllis said when showed her parents the footage, they were equally as concerned as she was.

‘People were just looking,’ she added.

‘I was looking at people like “are you seeing what I’m seeing?”

After filming the incident Phyllis shared the footage online, to see what other people made of the it.

‘On TikTok, some people were saying maybe there wasn’t a baby in the pram, but the point isn’t the baby, the point is why is he using a pram while riding an electric scooter on a main road?

‘Sadly I was unable to make out whether it was bag or a blanket [in the pram], but from my memory, it looked a blanket of some sort.’

Social media users were divided by the worrying footage – with some questioning the ‘dangerous’ incident, while others suggested he might have just been to collect it from an online seller.

Another added: ‘I sincerely hope he’s just been to pick that pram up from a for sale listing and it’s sans [without] baby.’