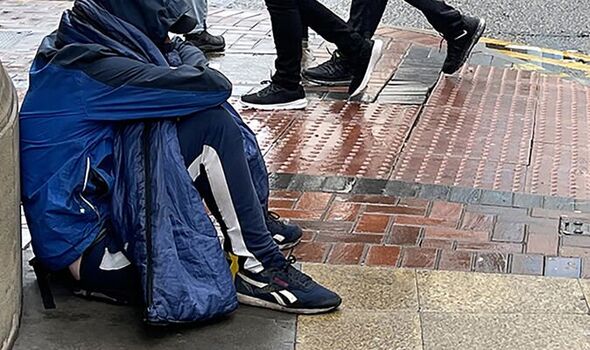 A woman has alleged she was abused by a man “pretending to be homeless” after she accused him of preying on people’s kindness.

Samantha Blake, 46, believed the man was “ripping off” shoppers after she claims she spotted him, another man and a woman get out of a “posh” car in Stafford town centre.

She claimed that the people involved were “all related”.

Speaking to Stoke-on-Trent Live, she said: “I’ve seen them get out of the car, there were three of them. A man and an old lady and another bloke. I’d seen them begging before in the town.

“So when I’d seen them come out of this posh car, I said to them ‘I’ve seen you just come out of that car and seen you begging in town believing that you were homeless’. He started kicking off saying ‘shut your mouth, get out of my f***ing business, it’s got nothing to do with you’.

“I said ‘you, another geezer and another old woman have just come out of a newsish car you’re trying to make me believe you’re homeless. You’re totally wrong and you’re ripping off people in Stafford who are thinking they are giving money to a homeless person’.

“The man went to go and hit (me). I managed to get a photo of one of them to let people know what they are doing as, in my eyes, it’s so wrong.”

One woman, who said she has reported the man to police, said: “They are working in a group of people, they are all related. I reported them because they are ripping people off. An old lady told that guy he could get help at the House Of Bread and he turned his head away because they want money. They are parasites.”

Another woman said: “They should be ashamed of themselves. I did see one outside Iceland begging.” A third added: “Sadly this makes a mockery of those who are generally homeless and in need. If caught they should be prosecuted.”