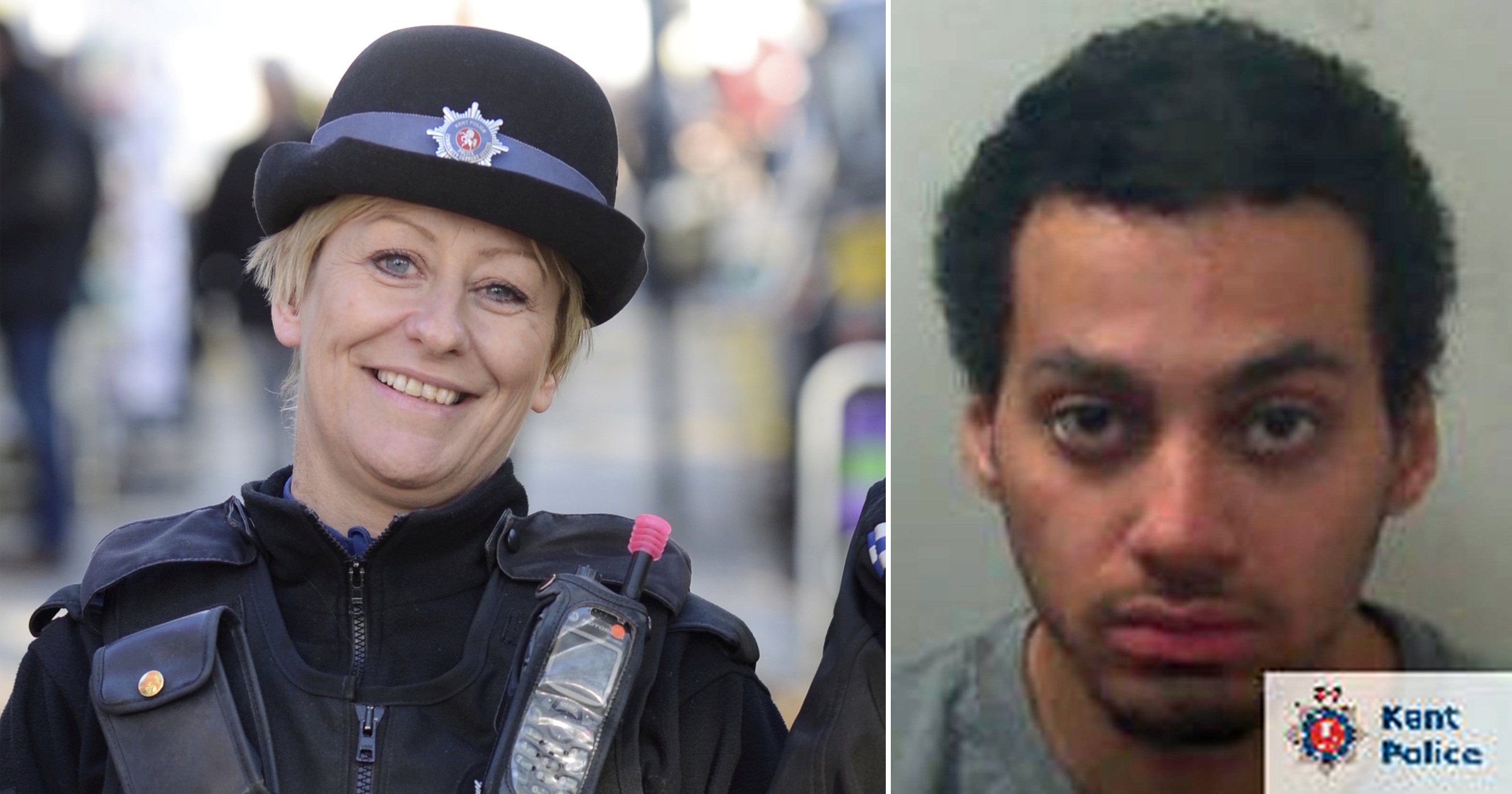 A man has been convicted of murdering PCSO Julia James as she took her dog for a walk in woodland near her home.

The jury was sent out to consider their verdict at Canterbury Crown Court this afternoon, and returned their result after less than one hour and 10 minutes.

The prosecution said that Wheeler caved in 53-year-old Mrs James’s skull as she was out with Jack Russell dog Toby and then walked away.

Officers arrested him after a member of the public identified him in a photograph with an object, which prosecutors say was his murder weapon – a 97cm-long cylindrical bar used to lift train tracks.

Police seized the railway jack from his bedroom, and forensic experts later found Mrs James’ DNA on the tool.

There was no known connection to his victim and Wheeler told police he did not know her.

The court has heard that Wheeler accessed pornography websites in the days before and after Mrs James’ death and looked up rape, as well as searching for information about her PCSO.

He told police that ‘sometimes I do things that I cannot control’ and ‘you can’t go into the woods and expect to be safe’.

He also said that he would go back to the woods and rape and kill a woman.

In her closing speech, prosecutor Alison Morgan QC said that when Mrs James saw Wheeler she ‘ran for her life to get away from him’, adding: ‘No doubt as fast as she possibly could, wearing wellingtons, caught by surprise, her heart rate surging.’

A smart watch found on her body revealed how heart her pulse soared in her final moments in Ackholt Wood, near home in the village of Snowdown, Kent, on April 27 last year.

The PCSO had seen Wheeler out in the woods on a previous occasion while walking with her husband, and saying he was a ‘really weird dude’.

Forensics teams examining the Apple device found her heart rate jumped from 97 to 145 within seconds at the time when she is said to have spotted her attacker.

She was left with some of the most serious head injuries ever seen by the pathologist involved in the case, Ms Morgan said.

‘How could he have intended anything else but to cause her at least really serious harm?’

Prosecutors said Wheeler, of Aylesham, admitted manslaughter after previously denying all responsibility for ‘some time’.

Ms Morgan told the jury: ‘The attack on Julia James was not a momentary and spontaneous act of violence by this defendant.’

Instead, she said he planned the attack ‘over many days and weeks’ – and had carried a rail jack with him on the day for this purpose.

Wheeler is being held at Broadmoor high security psychiatric hospital in Berkshire. When asked to stand to hear the verdict, Wheeler did not stand himself but was instead held up by members of staff in the dock.

After Mrs James died, tributes poured in for the popular member of the community.

At her funeral, her son Patrick Davis described her as ‘the most amazing women’ with ‘the most infectious laugh and a huge heart’, describing how she would ‘light up a room with her smile as soon as she walked in’.

He added: ‘Goodbye for now, but not forever.’

Her cousin and ‘best friend’ Tammy Winstone said Mrs James had been ‘at the peak of happiness and health’ before her death, and was thriving in her relationship with husband Paul.

‘The smile you see in recent photos was because of this wonderful man she loved whole-heartedly,’ she said.

Her daughter Bethan Coles, a police officer, held back tears as she read a poem in tribute as part of the service at Canterbury Cathedral.

Detective Superintendent Gavin Moss, who led the hunt to find Mrs James’ killer, said the case was particularly poignant for the force as she was ‘one of our own’.

Martin Yale, senior crown advocate from the Crown Prosecution said: ‘This is an extremely tragic case, and it’s something that simply shouldn’t have happened.

‘Women should be free to walk their dog in the middle of the day, without fear of this sort of thing happening.

‘Our condolences go to Julia’s family, the local community, and Kent Police of which she was an employee.

‘We just hope that the result in this case can provide some degree of solace to those individuals.’