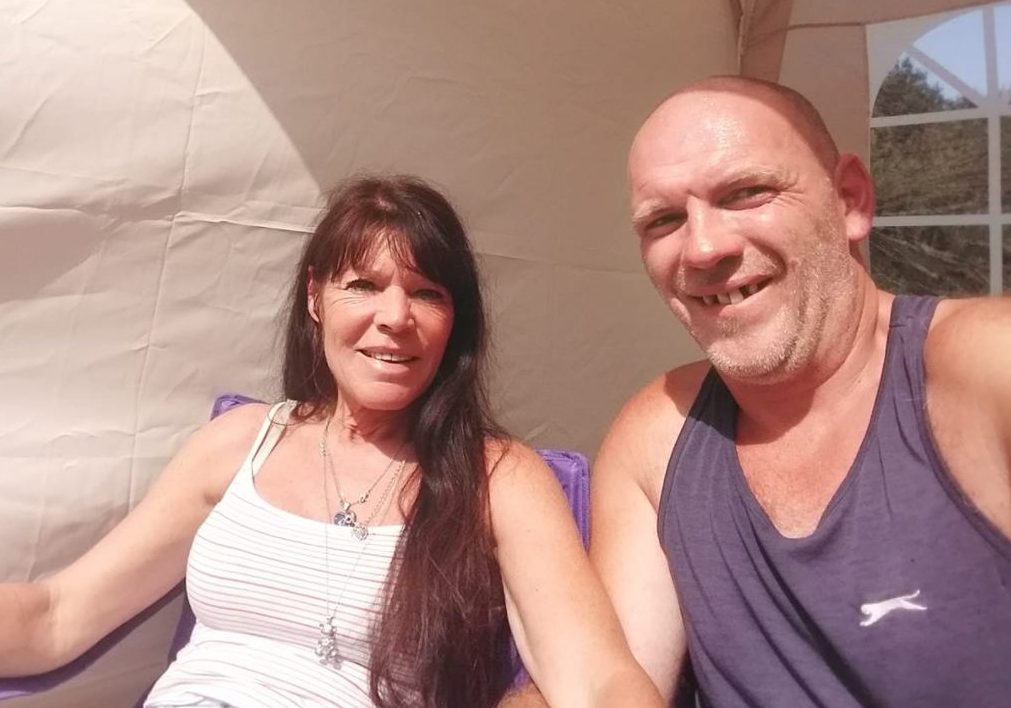 A husband accused of murdering his new wife hours after their wedding hid the body in a cupboard before breaking her bones to stuff it inside a suitcase, a court heard.

Jurors have been shown CCTV footage of Nutt wheeling a large suitcase out of the back of his house in Lightcliffe, near Halifax, just as a police officer arrives to follow up his missing person report.

Bradford Crown Court head he rang police on October 31 telling them his wife had gone missing and he appeared to mount a search in what the prosecutor said was a ‘ghastly charade’.

Nutt later handed himself into police, telling officers his new wife had come at him ‘violently screaming’ after they returned from a two-day, caravan honeymoon in a lay-by near Skegness.

He admits manslaughter but denies murder.

Alistair MacDonald QC said it was the prosecution case that Nutt went to Skegness alone, having killed his wife on their wedding night or the day after, and leaving her body in the house.

He said: ‘He knew that she was dead, he knew full well where Dawn’s body was and that he had hit her forcefully to the face and throttled her to death.’

And he told jurors how Nutt went to ‘the considerable effort’ of packing his wife’s body into a suitcase, breaking one of her legs and some ribs due to the effects of rigor mortis.

The prosecutor told jurors that Nutt told interviewing officers how he put his arm round Ms Walker’s neck when she came running at him on October 30.

Mr MacDonald said that, according to Nutt’s account: ‘It all happened very quickly, and her body went light on him and she fell down and may have struck her head on the concrete floor.’

He went on: ‘He said that he had not strangled her in anger, he had done so in an attempt to restrain her and, as he did so, he was whispering to her in order to try and calm her down.

‘He was telling her that he loved her, and he had no intention at all of hurting or killing her.’

Jurors heard Ms Walker told a former partner of Nutt that he ‘scared the hell out of her’.

Mr MacDonald told them Kimberley Allcock, who was in a relationship with Nutt for 10 years, said he ‘became a Jekyll and Hyde character’, and had tried to warn Ms Walker.

Going through Ms Allcock’s account, the prosecutor said: ‘He could be very loving and pleasant but when he lost his temper, he would go mad.

‘When that happened, he would become so focussed on his anger that nothing would get through to him and nothing would calm him down.’

Mr MacDonald described a series of violent attacks Ms Allcock alleged Nutt had made on her and how she said he was convicted of assaulting her in 2015.

He said: ‘Ms Allcock advised Dawn to be careful and Dawn responded the following day by saying that the defendant scared the hell out of her.’