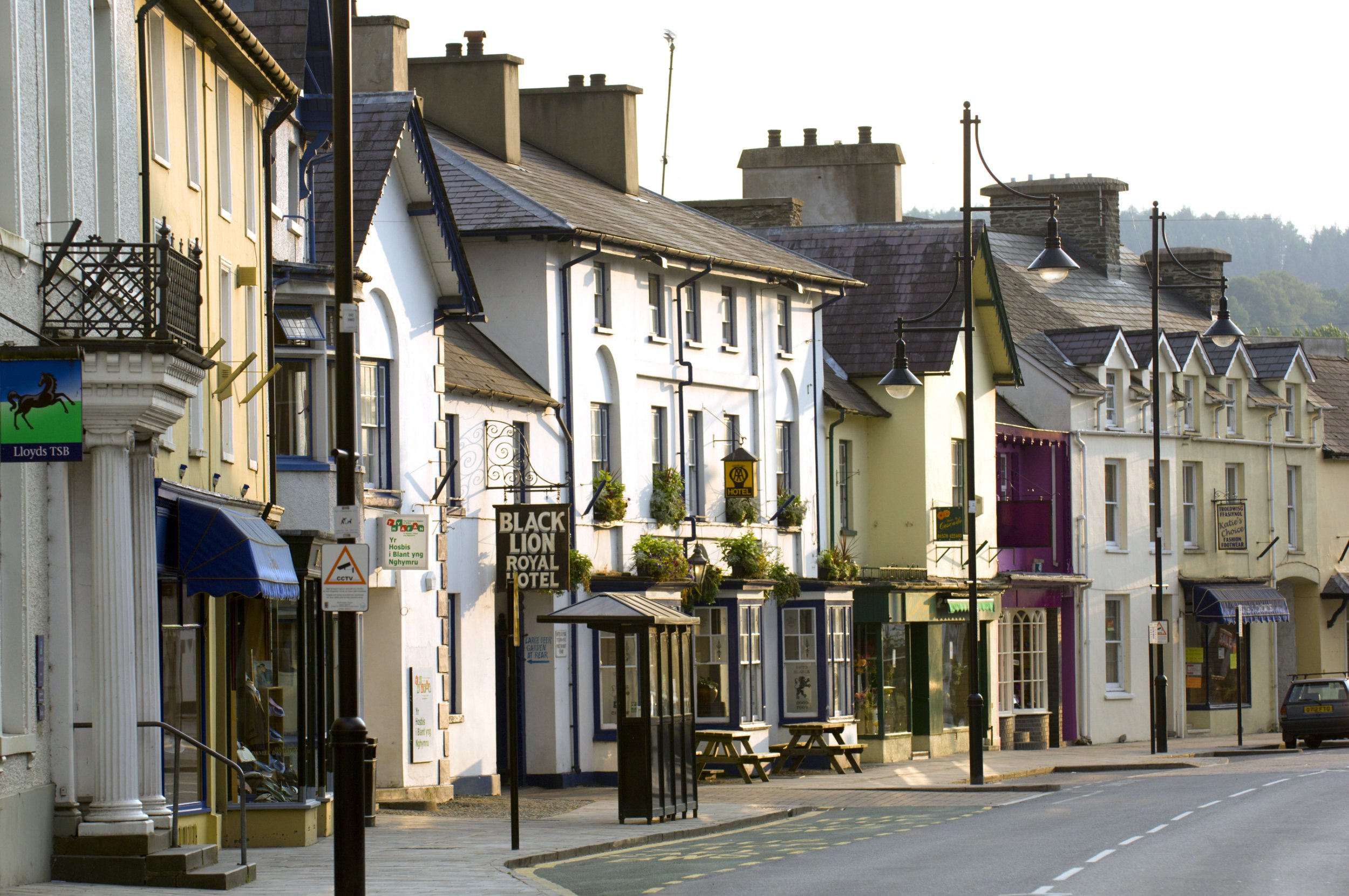 A man in his 60s has died after being attacked by three dogs in a quiet Welsh country town.

The victim died at the scene after reportedly being bitten at a property in Lampeter, Ceredigion around 5pm on Monday.

A woman has been arrested on suspicion of being in charge of a dog dangerously out of control.

The animals did not fall under the Dangerous Dogs Act 1991, which bans certain types of dogs.

They have been removed from the property, where they lived.

A spokeswoman for Dyfed-Powys Police confirmed an investigation has been launched into the circumstances of the tragedy.

She added: ‘A woman was arrested on suspicion of being in charge of a dog dangerously out of control.

‘She has been released under investigation pending further police enquiries.’