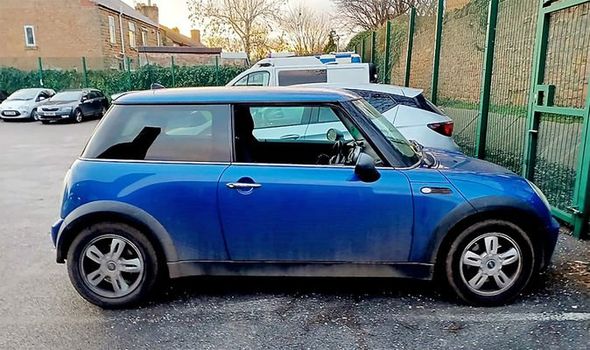 In his 80s, unsteady on his feet and hard of hearing, he then confessed he’d been driving since he was 12.

The driver, born in 1938, was stopped in Bulwell, Notts, on Wednesday night.

In a post on Facebook, the City North Operation Reacher team said an officer had pulled over the driver of a Mini One.

The post continued: “We can’t quite believe what happened next… as the driver, who was born in 1938, coughed that he had been driving with no licence and no insurance since he was 12 (yes TWELVE) years old…and somehow had managed to never be stopped by the police.

“Thankfully, he had never had an accident, caused anyone an injury, and never made anyone lose out financially by hitting them whilst uninsured.

“Due to the increased number of Automatic Num-ber Plate Recognition cameras in Nottingham, even on the small trips you are likely to hit a camera, so make sure your documents are in order – because it will catch up with you…one day.”

Responses to the social media post came quickly, with one commenting: “Talk about pushing your luck. That has got to be some sort of record surely?”

Another wrote: “How has he got away with that?

“Can’t be too many people who have been driving longer than that without a licence. Rather dangerous, but I strangely admire him.”

Another implored: “Be gentle with old folk”, to which the police replied: “We were gentle with him. However, this chap was hard of hearing, his reactions were poor and he was very unsteady on his feet.

“He was potentially not safe driving now, even if he had been ‘road legal’.”

Edmund King, president of the AA, said: “This is a serious offence and astonishing that this driver got away with it for so long.

“Perhaps if we had more cops in cars these offences would be picked up sooner.”