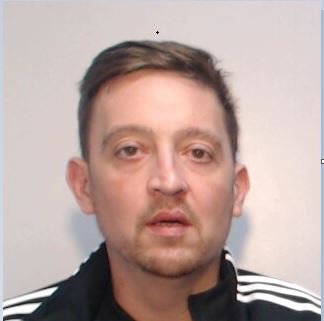 A man knifed and killed someone after being thrown out of a Christmas party – then claimed he was so drunk he didn’t remember doing it.

Anthony George, 42, killed Tyrone Williamson, 25, in a vodka-fuelled rage after being told to leave.

He was then stabbed and left for dead himself in a revenge attack the same night on December 11 last year.

When passersby tried to help him as he was injured with three stab wounds to his abdomen and two to his back, he replied ‘No police, no police’ but was later arrested whilst being treated in hospital and was charged with Williamson’s murder.

George, of Radcliffe near Bolton, was jailed for life after he was convicted of murder at Manchester Crown Court.

It emerged he routinely carried a knife and had previously been arrested on suspicion of weapons offences after being caught in possession of a Stanley knife and a pair of scissors.

The attacks happened after George had been invited to a drinks party at Williamson’s home in Bolton.

Jaime Hamilton KC, prosecuting, said: ‘At around 6pm, the defendant was ejected from Tyrone’s property after he was accused of stealing a phone and money.

‘He was so intoxicated that even his former partner who was walking past at the time did not recognise him.

‘He shouted threats at those inside the property. He said: “Watch what’s going to happen now, I’m going to slice all your f***ing throats.”

‘The defendant then managed to get in a friend’s car but at this point, Tyrone emerged from the property in response to the threats, started shouting “I’m going to one bomb you” then went to punch the defendant through the car window.

‘However, within a second the defendant had stabbed Tyrone three times. All three were fatal blows to his torso area, with one blow puncturing his heart.’

A consultant paramedic called to the scene tried to save him but Williamson died shortly afterwards in hospital.

During the aftermath of the killing, George fled to a friend’s house and told him he had ‘jibbed someone up’.

A gang of men later turned up and gave him a beating before he was stabbed repeatedly.

In a statement, Laura Williamson, the older sister of Tyrone, wept as she told the court: ‘Tyrone was the loveliest lad you’ll ever meet. He was the glue that kept our family together.

‘He was just full of love and always wanted everybody else to be happy. Everyone he knew naturally gravitated towards him.

‘He was so caring – he would do anything for anyone. There was never a person he didn’t get on with. He had an absolutely beautiful smile and a contagious laugh. That laugh will never get out of my head.’

She told how on the night of his death she received a phone call from her sister who was screaming, saying Tyrone had been stabbed.

‘As I arrived, the street was cordoned off and I saw them carrying my lifeless brother out and putting him into an ambulance – that was the last time I ever saw him.

‘My whole world has fallen apart. On that night, a part of me was taken with my brother.’

Younger sister Elise added: ‘I felt so helpless, like I let him down. I felt faint and I couldn’t breathe. It’s destroyed our family. Our beautiful Tyrone has gone forever. Tyrone didn’t deserve this.’

George spent three weeks in hospital after one of the wounds damaged his kidney.

During that time he made an ‘unsolicited comment’ to one of the police officers guarding him, stating: ‘I’m just going to do my time’ but weeks later, when he was able to be interviewed by the police, he answered ‘no comment’.

He denied murder but claimed he had been left ‘haunted’ by Williamson’s death.

He told jurors he had been drinking excessively and his memory had also been affected by the serious assault he had suffered in the aftermath, while his mental health conditions including PTSD and ADHD also made recalling the events difficult.

‘I was battered severely but I feel awful for what happened,’ he told the jury. ‘A young life has been taken and it is just haunting me. I want answers myself.’

Ordering him to serve a minimum 21 years imprisonment, the judge Mrs Justice Amanda Yip told him: ‘It’s extremely sad that your actions taken in a few seconds took away a life and change yours forever. Tyrone was just 25 and his family and friends, including children, had to witness the frantic but futile attempts to save his life.

‘He was much loved by his family and loved them back. I hope you will reflect on the moving words of his sisters and remember the suffering your actions have caused. The simple truth is if you had not armed yourself with a knife that day, Tyrone would not be dead and you would not be facing a life sentence.’

Four men are awaiting trial in February over the attack on George.