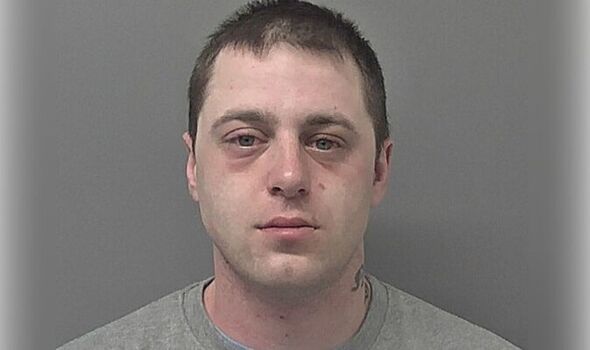 A son beat his dad “to a pulp” in a drug-fueled attack that left the victim with a broken eye socket, forehead, and jaw.

Nathan Brine, who had a history of attacking his family, had only just been released from prison for robbing his 83-year-old grandmother.

Hull Crown Court heard how the father refused to go to hospital for two days out of “affection” for his son and loyalty to the family, but they had a long history of fighting over the years, reports Hull Live.

Despite the attack, Brine’s girlfriend praised him in court and claimed that, when he was being the “nice Nathan” that she knew, he was “loving and respectful to anyone he comes across”.

Paul Genney, prosecuting, said that, after Brine was released from prison, his 53-year-old father offered him a home but “things didn’t work out” because Brine took drugs and became difficult and controlling.

Matters came to a head during an argument about Brine moving furniture about and treating the place as his own.

This led to violence in Walton Street, Hull, near the father’s home.

“The father was badly beaten up,” said Mr Genney.

The victim went inside to try to recover and Brine went to his grandmother’s home in Longden Street.

He told his aunt: “You need to go in there. I have beaten my dad to a pulp. You had best come and see what he looks like.”

The father had been kicked and suffered fractures to his eye socket, his forehead, and his jaw.

“It was a sustained attack,” said Mr Genney. Fluid was leaking down the father’s nose. He refused to go to hospital for two days.

“The problem was that the father was refusing to go to hospital out of a combination of fear, affection for the defendant, and loyalty to the family generally,” said Mr Genney.

“He was refusing to attract the attention of the authorities so waited two days.

“Eventually, he was persuaded to go to hospital. The complainant said that he had been attacked by another man outside his house. He refused to name the defendant. He said that he was afraid of repercussions.”

The father had surgery at Hull Royal Infirmary under general anaesthetic and needed screws and plates inserted into his jaw. Several decayed teeth were extracted.

Brine at first pretended that his father had fallen over a three-foot wall outside the house.

His aunt later telephoned the police and named Brine as being responsible for the injuries.

The father later said that Brine had kicked and punched him eight to 10 times but said: “I am caught between the devil and the deep blue sea.”

Brine had a conviction from 2018 for robbery in which he had been jailed for three years and nine months after targeting his 83-year-old grandmother.

She had done her best to help him by cooking his meals, washing his clothes and allowing his benefits to be paid into her bank account.

But an argument flared over him getting access to his money and he told her: “Give me my f***ing money.”

He grabbed her, span her around, pulled her to the floor and asked her: “Where’s your bag? Get your bag now. If you don’t get your bag, I’ll smash the place up.”

Brine tipped her handbag upside down and stole £90. He warned his grandmother: “If you ring the police and I go to prison, I’ll f***ing get you or I’ll get someone to do it.”

Brine also had a conviction for assault causing actual bodily harm from June 2017, involving an assault while he was in prison.

Nigel Clive, mitigating, said that Brine’s father admitted that he had provoked his son.

Brine was close to his father, despite the incident. “He loves his family very much,” said Mr Clive. Judge Mark Bury replied: “Funny way of showing it.”

Mr Clive said: “Drugs is this defendant’s difficulty and that’s a rich seam that runs through a few generations of this family.”

Brine had claimed: “I had no intention to cause him really serious harm. We were both under the influence of drugs. We have a complicated relationship, although we love each other very much.”

They had fought regularly over the years but Brine had “recently won more often than I did as a boy.”

Brine’s father and others were in court to support his son.

“They are all here showing solidarity,” said Mr Clive. “That speaks volumes for this defendant and the rest of them. It’s a group acknowledgement that something is wrong here.”

Brine’s girlfriend, a housing support officer at a Hull hostel, told the court: “He is loving and very respectful to anyone he comes across. The nice Nathan is very respectful and will do anything to help anybody.”

Judge Bury said of the father: “He did not go to hospital for two days after the incident so he must have been in significant pain before he sought and obtained treatment.

“This was wildly in excess of any self-defence. This was a prolonged assault. You caused three fractures, one to his eye socket, one to his forehead, and one to his jaw. This is a serious offence.”

Brine was jailed for two years and eight months.