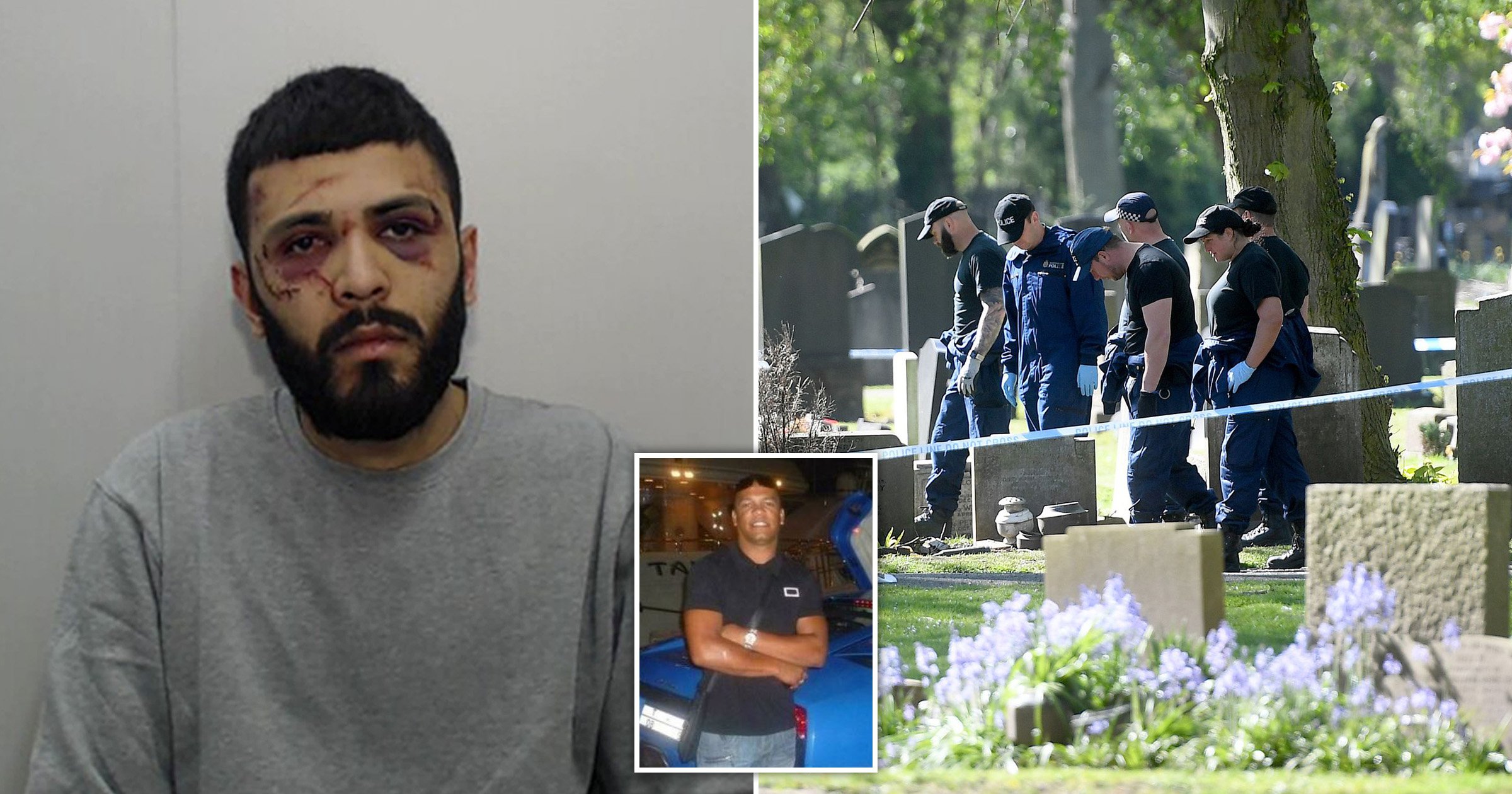 A man who opened fire at mourners after the funeral of a well-known criminal dubbed ‘Mr Ibiza’ has been jailed.

Huge crowds defied lockdown measures on April 23, 2020, to attend the funeral of Clive Pinnock in Manchester.

A recognisable figure in the city, Pinnock died when his Kawasaki motorbike collided with a BMW in Manchester last year.

He was found guilty of using a ‘self-loading pistol’ to ‘cause fear of violence’ among the crowd at an ‘impromptu wake’ following the ceremony shortly before 7pm.

Umar, of Burnage, has now been imprisoned for six years and three months at Manchester Crown Court.

Nobody was hit by a bullet and Umar was chased down by some of the group as he fled still holding the weapon.

He was badly beaten before officers could intervene and needed hospital treatment. Police said the gun was discovered in a park bin days later.

At the time, Greater Manchester Police said the gathering was allowed to proceed ‘in the interests of public safety’ because ‘emotions…were high’ among the community.

Witnesses said there were up to four gunshots which sent people running and screaming, with one telling the court he heard a man shouting ‘get him’ and ‘who sent you?’

Umar claims he was acting under ‘pressure’ from others but has refused to disclose further details, the court heard.

Defending him, John Ryder QC said he couldn’t ‘offer any insight’ into motive because his client has provided ‘very little’ information.

Mr Ryder said he did not believe his client had any ‘gang affiliation’ and Umar maintains his intention was always to fire into the air rather than directly at people.

Detective constable Terry Macmillan said: ‘This is a shocking act that took place in a location considered sacred to many, where people pay respects to their loved ones who have passed.

‘Thankfully, no-one in the cemetery at the time of Umar’s actions reported receiving any injuries, however Umar’s own injuries as a result of the assault proved to be relatively serious.

‘Umar opened fire in such a busy, open space, showing the disregard he has not only for the law, but the safety of the general public and innocent passers-by.’

In 2015, Pinnock was jailed for 11 years after stabbing two men following a row in a pub in the city.