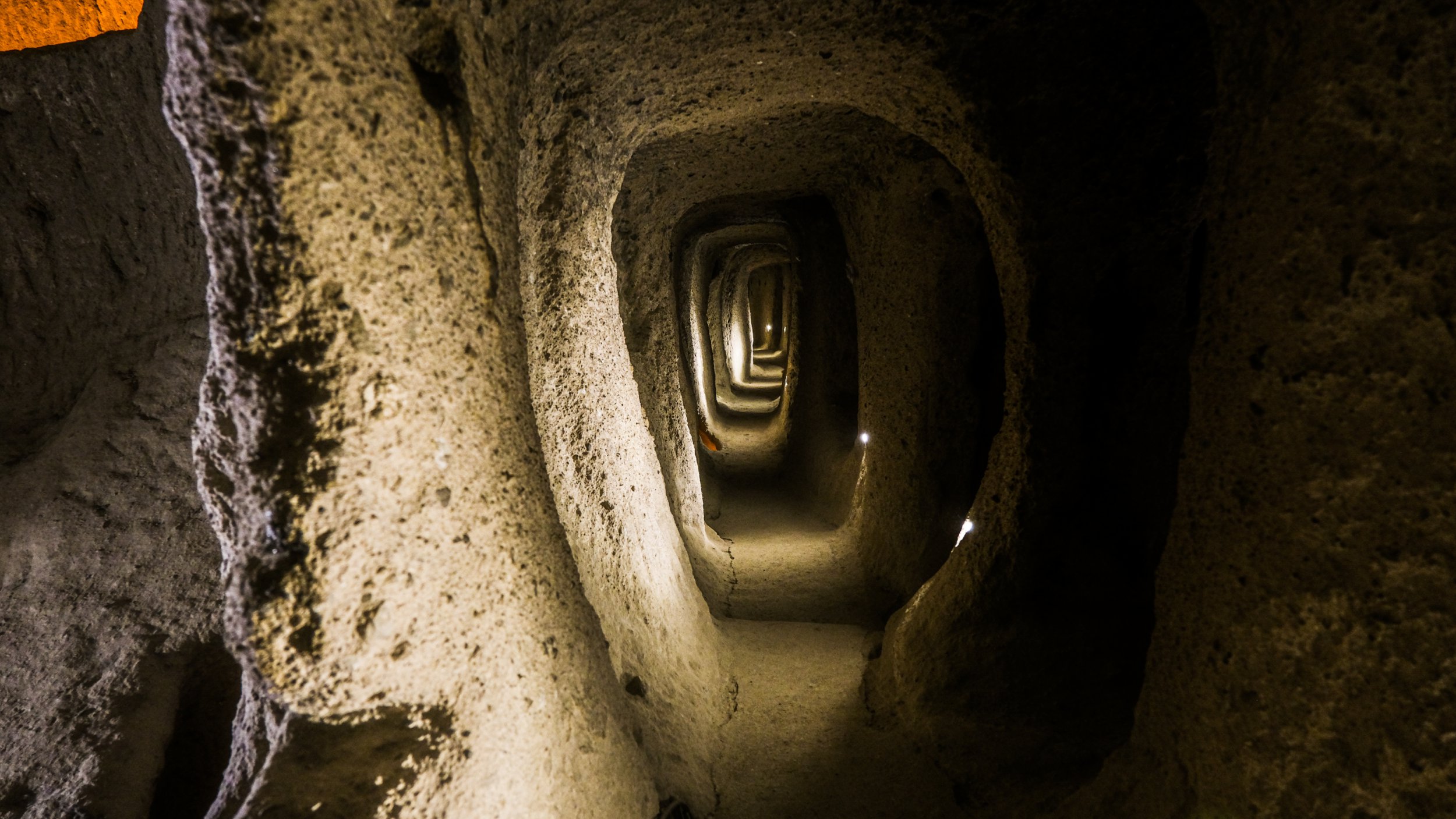 On the list of surprising things to find in your basement, a vast underground city dating back centuries is probably high on the list.

But that’s exactly what one man discovered in 1963 after taking a sledgehammer to the wall of his cellar in Nevşehir Province in Turkey.

The man – who has stayed anonymous in subsequent reports – found a tunnel lurking behind the wall during a bit of home renovation. The tunnel led to another one, and then another behind that.

He had unwittingly located the entrance to a huge underground city called Derinkuyu.

The subterranean warren had been abandoned for centuries and was eventually found to be 18 stories deep and capable of housing up to 20,000 residents.

There were chapels, schools and even stables down there.

According to archaeologists at the Turkish Department of Culture, Derinkuyu was carved into the volcanic rock and became a sort of man-made ant colony. The experts believe it was crafted between the 7th and 8th century BCE by the Phrygians, an ancient Indo-European culture.

It reached its peak in the Byzantine period (about 395 CE to 1453 CE), and extended to include wells and water channels. While early uses for the underground complex were likely storage, it grew to the size it was for the purposes of defence.

According to records, different people sheltered in the city over centuries.

Early Christians lived there, fleeing persecutions from the Romans and Muslims used it to hide during the Arab-Byzantine wars between the 7th and 11th centuries.

Derinkuyu is now open to the public to visit, although only 10% of the city is accessible.