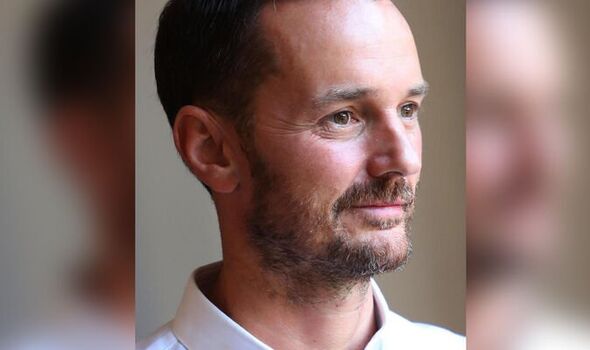 Mike Welch, who grew up in Aigburth, Liverpool, struggled to engage with school, leaving aged 16 with only a few GCSEs. Taking the first job he could find, Mike worked as a tyre fitter in Birkenhead, Merseyside for 18 months until he was made redundant, but during his time spent there, he was inspired to start his own business.

Little did he know that the business he was running from his parent’s house would shape the next 27 years of his career, reports The Liverpool Echo.

The soon-to-be dad of three has now swapped Liverpool for Miami and is the CEO of Tirebuyer.com – one of America’s biggest online tyre retailers with an estimated turnover of more than $100m.

Mike, who was adopted as a baby, told of how it all started back in the early days of the internet when he sent a letter to the CEO of Tesco, Liverpool-born Sir Terry Leahy asking if he was available for a cup of tea and a chat.

Mike said: “I wasn’t a bad kid but school wasn’t really my thing so when I left I got a couple of GCSEs but not a lot.

“I got a job and basically the first that came up was a tyre fitter in Birkenhead, working for a business called Lewis Reed which was a Nissan dealership so I was like I’ll give it a go.

“I worked in the stores there, stacking the tyres, fitting the tyres and that was my first job and then I was made redundant after about 18 months.”

After speaking with his grandad about what he should do next, Mike decided to go solo and started buying and selling tyres and delivering them to people’s houses across Merseyside in his mum’s car.

Aged 17 at the time, Mike went to apply for a £500 grant from the Prince’s Trust after submitting a business plan, which he used to kickstart the business from his parent’s home who by that time had moved to Birkenhead.

He said: “I had this Princes Trust computer, this fax machine, this basic website and a couple of these really not very impressive ads but people were contacting me – and that’s basically how I started, I was buying and selling tyres then.

“I had this little website and then the Prince’s Trust – I kept in touch with them – they introduced me to the Chambers of Commerce and I then took an office above Ethel Austin in Aigburth which isn’t there anymore, employed somebody and started to build this little online tyre business.

“I had to pay for that member of staff with the money I was earning doing the night shift at Tesco in Rock Ferry. I wasn’t making enough money off the tyres but I knew I needed help.”

The first big turning point in Mike’s career came a year later when the company Kwik Fit reached out to him after seeing his website and invited him to a meeting.

Kwik Fit went on to buy Mike’s business and hired him as their first head of e-commerce in the lead up to Ford’s £1bn acquisition from the company.

Mike said: “At this point, I’m still a kid, I’m what 19 and they want me to run the e-commerce for their business.

“They paid me some money which at the time felt like an absolute fortune to buy the business, but really to kind of give me no reason not to come and join them, so it was my first exit if you can call it that.”

After moving to Edinburgh to work for Kwik Fit, the company was acquired by Ford and Mike was invited to a meeting in Detroit to talk about e-commerce.

Mike said: “Four years earlier I was under a car in Birkenhead trying to take tyres off a wheel, now I’m in worldwide headquarters with Ford answering questions that I don’t really understand.

“But what I realised was no one really understood, so for me it was like I’m in, I’ll give it my best shot and it was a bit of blag but at the same time, there was much of a void of discovery about the internet at that time that I was the guy putting my hand up.

“I was like ‘sorry you’re going to need to explain that,’ and you could literally hear all of these experts behind me like ‘thank god he asked that question,’ because no one really understood what they were doing, we were all learning.

“It was corporate America and I was like I’ve never worn a suit.”

Two years later Mike, aged 21, decided to leave Kwik Fit and set up his own tyre company, Blackcircles.com, using the same business model he’d used previously while creating a network with thousands of independent garages across the UK.

It was at this point that he reached out to the CEO of Tesco Sir Terry Leahy after seeing a story about him winning Fortune business person of the year in Fortune magazine.

Mike said: “I wrote Sir Terry Leahy a letter, I was getting the bus into the office.

“I had Fortune magazine and there was a cartoon caricature of him on the front page that said ‘Fortune business person of the year’.

“I said ‘congratulations on Fortune person of the year again and your knighthood. This is who I am, I’m from Liverpool, based in Garston. This is my business, I know how to trade tyres but I don’t know how to retail if you could spare me 30 minutes and a cup of tea maybe I’d really appreciate the time.’

“Not expecting to get anything back and then the following Tuesday I get the letter [that said] ‘come down’ and we had two hours [together] and then three, four months later he’s invested, he’s on my board and I’ve known him for ten years, we’re pals so it just shows you.”

After starting the business with one phone line and hundreds of copies of the yellow pages, which he used to create a business network with independent garages and suppliers, Mike went on to sell Blackcircles.com for $100m to Michelin Plc in 2015.

He became the president and CEO of Tirebuyer.com in February 2021, which is one of America’s largest online tyre retailers and is projected to make up to $1bn turnover in the next five years.

Mike now lives in Miami with his family and is soon to welcome his third child into the world.

Mike said: “Fast forward from when we first came [to the US] we’ve got two kids and I’ve got one due on Tuesday, so that will be our third.

“I’m able to do what I love which is online retail and tyres – that’s been my life.