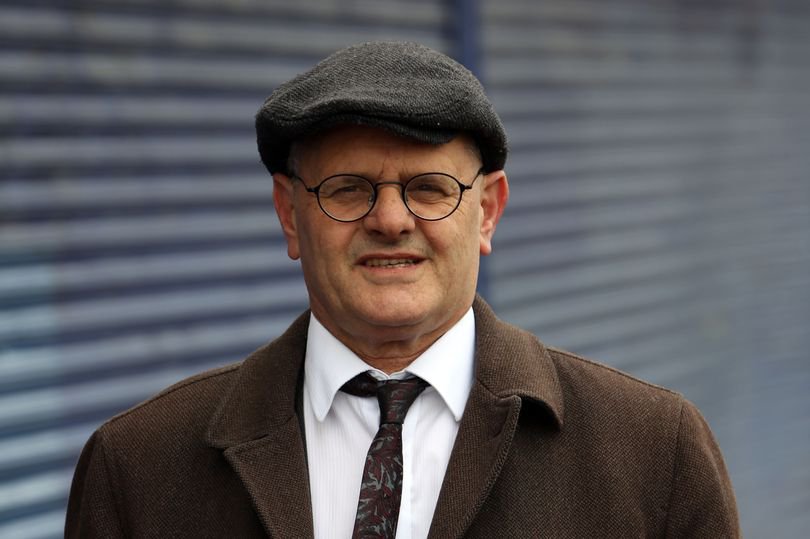 A councillor says he was left having to rummage through neighbours’ bins in a bid to track down a parcel Evri failed to deliver to his home address.

Stephen Lambert, a Labour councillor in Kenton, Newcastle, was looking forward to getting his hands on a blazer that caught his eye after being reduced from £160 to £90 in the January sales.

But the item never arrived, and was instead marked as having been delivered in a back lane a few streets away.

There was no accompanying picture to show the parcel’s location. Instead a black box appeared in the section where a delivery photo should have been uploaded.

Mr Lambert, from Gosforth, said: ‘I went out that night looking for it. I went down the back lane and was looking inside all the bins in case it had been put there, but I couldn’t find it.’

However, he did manage to find a parcel addressed to his neighbour which had been similarly left in the wrong place.

The Labour councillor said he was notified by Evri on Sunday, January 8, that the cotton linen navy blue blazer he purchased from COS would be delivered between 3.30 and 5.30pm that day.

He said he stayed at home waiting for the delivery but ‘no van turned up and nobody delivered any parcel’.

When he checked the tracking information on the Evri website later that day he discovered that the parcel had been marked as delivered at 4.41pm and the ‘verified GPS location’ showed it had been taken to the middle of Back West Avenue.

Mr Lambert said: ‘[Evri] claimed that they had delivered it, but according to the map which they use to prove they delivered it, it was dumped in a back lane down West Avenue.

‘I’m having a right carry on trying to get some sort of recourse on this.’

A spokesperson for Evri said: ‘We have been in touch with Councillor Stephen Lambert to apologise as his parcel appears to be missing in our network after having been incorrectly scanned.

‘We have offered him a goodwill gesture of £90 and advised him to contact his retailer to request a refund or replacement. In the meantime we are continuing a search.’

Evri, formerly known as Hermes, has also apologised this week for ongoing UK-wide delays as some customers are still waiting for delayed Christmas deliveries.

The firm said staff shortages, Royal Mail strikes and bad weather have contributed to the problems and it is working to sort them out.

It comes after Labour MP Carolyn Harris questioned whether the company should be investigated by the Government over its ‘poor customer service’ during Prime Minister’s Questions on Wednesday.

Rishi Sunak said that ‘Government ministers have looked into this issue and are currently considering the matter at hand’.