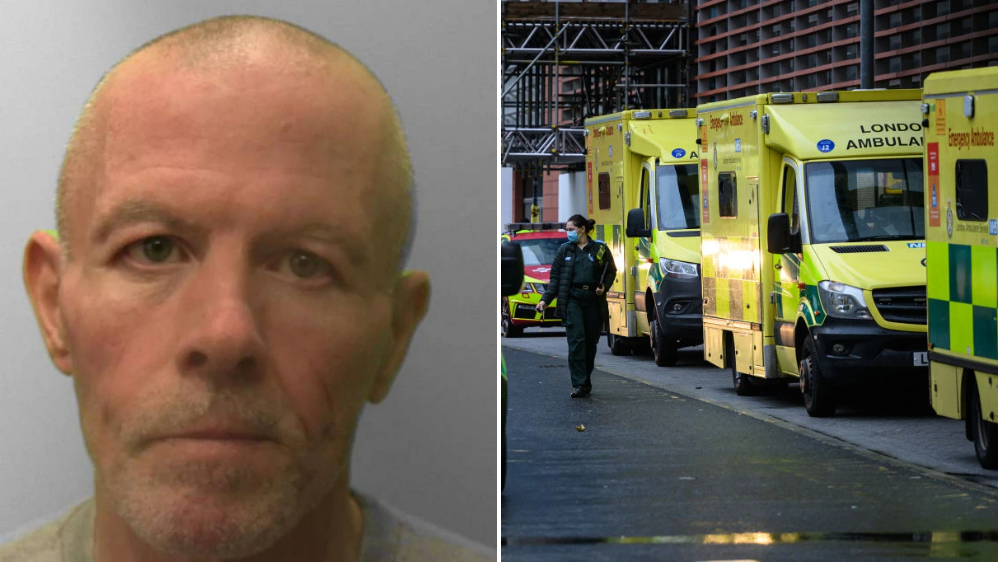 A hoaxer made more than 2,000 bogus calls to emergency services – and threatened to kill ambulance staff with a machete.

Paul Hennessy, 57, racked up four calls a day on average for 18 months, using aliases to tell lies including that he had gone into cardiac arrest.

On one occasion he claimed he had been attacked on his doorstep with an unknown substance – but when officers arrived he had no sign of injury.

He also told an operator he would attack ambulance staff with a machete at a Make Ready centre in Hastings, East Sussex, where ambulances are prepared for call-outs.

And he said he would kill a crew if they were sent to his address.

The service spent thousands on extra security for workers.

Hennessy, of St Leonards, admitted two counts of sending threatening electronic communications and was jailed for a year at Lewes crown court.

PC Darren McCann said the phone pest became ‘notorious’ by ‘wasting valuable time on 999 calls where police and ambulance staff could have been replying to genuine emergencies’.

The officer added: ‘We hope he will have time to reflect on his appalling behaviour in prison.’