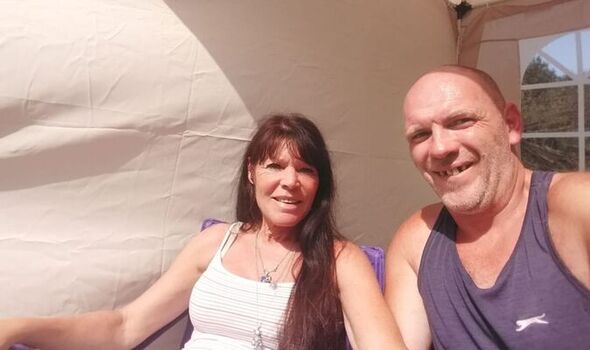 Thomas Nutt murdered his 52-year-old wife Dawn Walker in October last year. Dawn’s body was found stuffed inside a suitcase by suspicious neighbours in a field near the couple’s home in Lightcliffe, West Yorkshire.

Nutt had admitted killing his wife by pleading guilty to manslaughter – but had denied murder.

However, on Wednesday, August 10, after just a few hours of deliberation, a jury returned a unanimous verdict of guilty at Bradford Crown Court, reports Yorkshire Live.

During the prosecution’s closing speeches on Friday (August 5), Alistair MacDonald QC told the court Nutt is a “seasoned practised liar” who “demonstrated a tendency to attack his female partners.”

A post-mortem carried out after the discovery of Dawn’s body revealed she had suffered a catalogue of injuries.

Some, like a black eye, bruising to her neck, body, chest and collarbone were caused before her death.

Others, like the “obvious deformity” to her legs were caused as Nutt tried to shove her into the suitcase after keeping her for a time in a kitchen cupboard.

Over the course of the trial, the jury heard Nutt killed Dawn sometime between October 27 – the couple’s wedding day – and October 31 last year.

Dawn’s body was found by a concerned neighbour who had agreed to go with Nutt to a nearby cemetery to ‘look for Dawn’ after he had reported her missing.

Nutt even decorated their house for Halloween after killing her. When questioned by a neighbour he told them that “Dawn was still in bed with a hangover”.

He conducted a “ghastly charade” to hide his grisly crime and even led her daughter to believe that her own mum might still be alive.

Nutt has been remanded in custody and will be sentenced for the murder of Dawn on August 19.