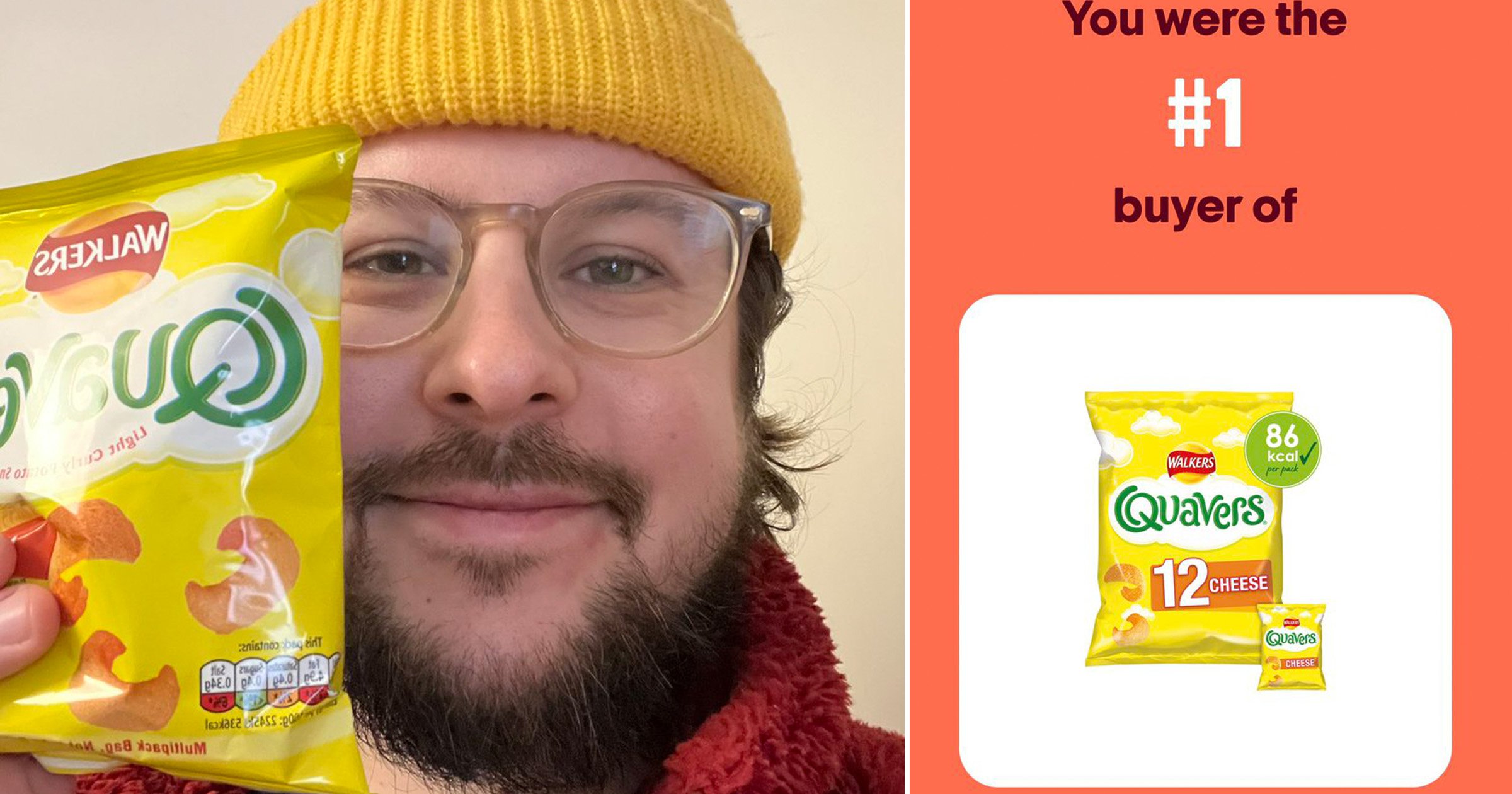 Any heavyweight champion will tell you that getting to the top is hard – but staying there is harder.

This is the big challenge that Lee Wakefield, from Dalston, east London, faced at the beginning of 2022.

After being crowned the ‘number one buyer of Quavers Crisps’ in his Sainsbury’s, all he wanted to do was retain the title.

Such goals take sweat, determination and hard work, but it all paid off this week.

Lee took to Twitter to announce he had made crisp history after becoming the top buyer of Quavers at his local supermarket for the second year running.

He wrote: ‘Very proud to defend my title as the number one buyer of Quavers at the big Sainsbury’s.

Very proud to defend my title as the #1 buyer of Quavers at the big Sainsburyâs. To scoop the award once is an achievement but to do the double is unprecedented. Itâs another proud day for me and my family https://t.co/4ZRXrP0X9i pic.twitter.com/pdPV0FAtrU

‘To scoop the award once is an achievement but to do the double is unprecedented. It is another proud day for me and my family.’

Lee also tweeted Walkers Crisps, which owns the brand, asking them to ‘be the face of Quavers’.

So far, the company has not commented on the offer from the champion, but a comment read: ‘Hard graft pays off, nothing but respect for those numbers.’

Fellow crisp fanatics were quick to congratulate Lee on his success.

One man, Daniel Eckersley, commented: ‘I understand if you win it three times you get to keep Gary Linekar.’

Meanwhile, others were interested about the process and who were the runners-up.

Craig Hannigan wrote: ‘Going to need some stats here. How many bags were purchased? Want to know if you absolutely swept away the competition.’

In January 2022, Lee posted his award on Twitter writing: ‘I haven’t prepared a speech but overwhelmed to receive this award as the number one buyer of Quavers at the big Sainsbury’s in Dalston.