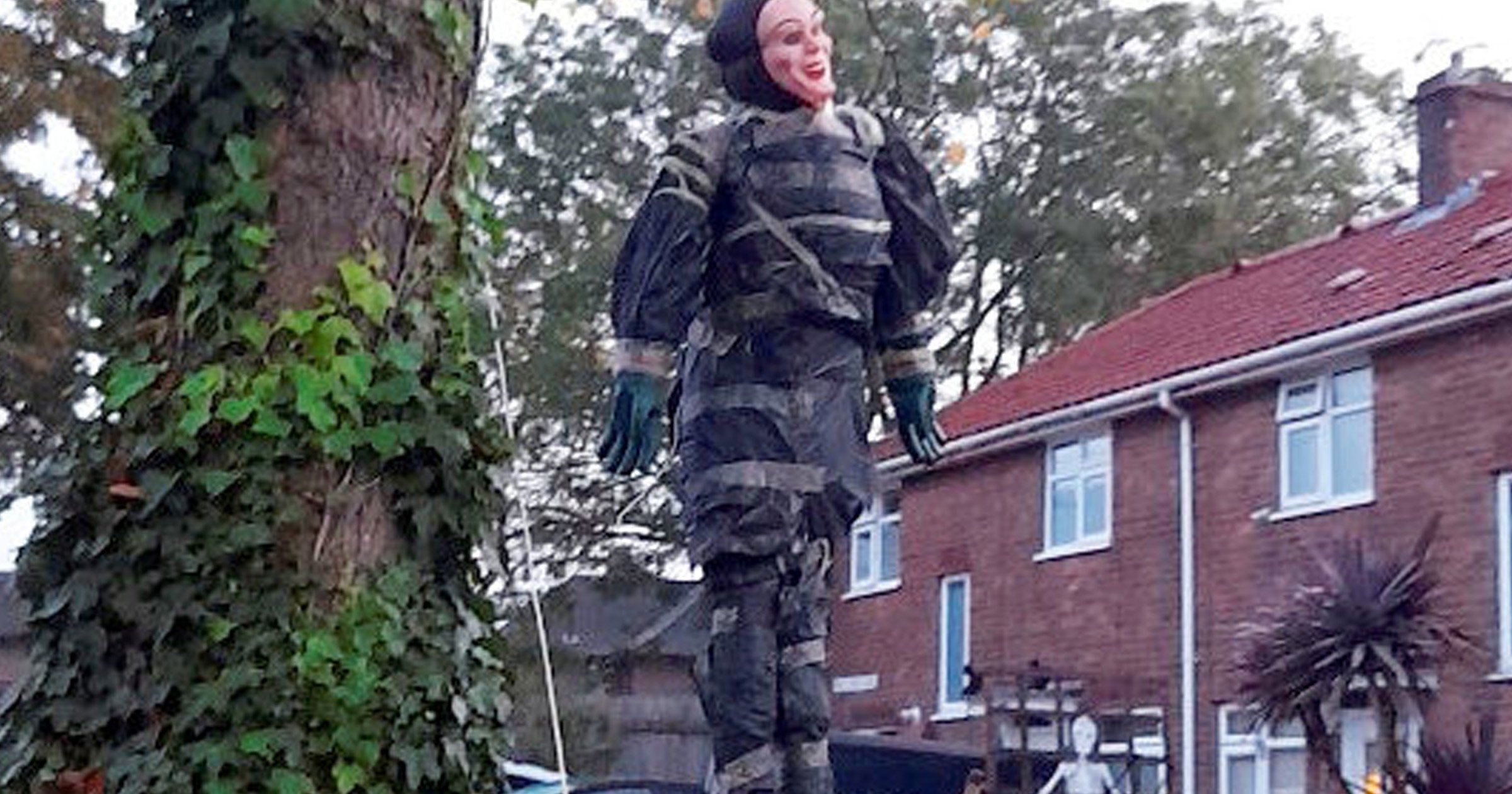 Tom Lewis, who lives in Norwich, had been on his way to work yesterday when he spotted a strange shape on a nearby tree.

Worried he’d spotted a body, he prepared to ring the police as he walked closer.

But it soon emerged that the ‘lifelike’ shape was in fact a Halloween decoration.

Tom says the dummy, which was put up near a children’s community centre, was a prank ‘too far’.

The 26-year-old said: ‘I think Halloween decorations have gone too far. I was in absolute shock that someone thought that might be a decoration.

‘It was way too realistic for Halloween. It had trousers and proper trainers on.

‘I thought it was horrible and almost went to call the police but then saw further decorations and realised it was Halloween.’

Tom, a production operative, spotted the decoration on the outskirts of Norwich at 6am yesterday.

Despite being visible to the public, the lifelike decoration was displayed at the end of a garden attached to a private home.

Tom added: ‘It was about 6am and I was walking to work. It was pretty dark outside at that time.

‘Maybe other people would have called the police thinking it was real – especially at six in the morning when it was pretty dark.

‘It was next to kids’ community centre so I didn’t think that was great – Halloween is supposed to be for kids and this looked genuine.’