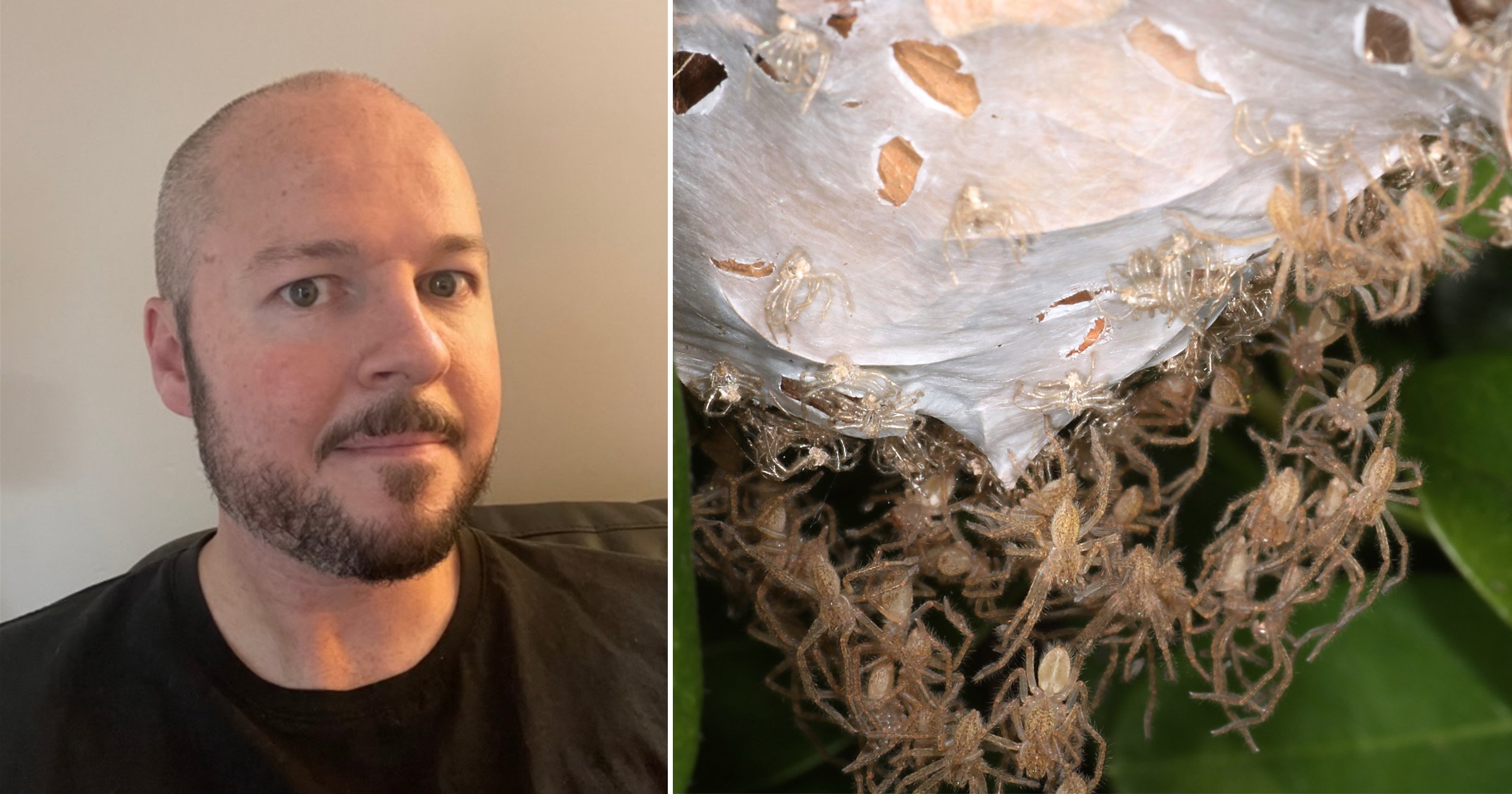 Arachnophobes look away now… or dare to read on and discover how one man’s car was infiltrated by a venomous spider and hundreds of its babies.

Jared Splatt, from Melbourne, Australia, discovered the creepy creature after deciding to give some friends a lift.

He was cleaning out the boot of his car when he stopped dead in his tracks at the sight of a giant huntsman spider.

Jared, 39, said: ‘I was fairly grossed out and shocked.

‘I was greeted with a giant huntsman and egg sac on the left hand side. At first with the egg sac I thought “oh that’s cute it’s got a backpack”, then it dawned on me what it was.

‘My initial response was revulsion but then seeing the bloody thing guarding the egg sac took it to another level.’

Jared had come across a female huntsman which had produced a white egg sac carrying hundreds of babies, which could have hatched at any moment.

Faced with the prospect of facing a spider invasion in his car, the 39-year-old lived up to his surname and decided to splat the lot of them.

‘The realisation I could have hundreds of baby huntsmans crawling through the car quickly turned it into an annihilation mission,’ he said.

‘I grabbed the can of mortein and went to town – scorched earth like Les Grossman in Tropic Thunder.

‘I flicked it off the car, covered it in white chemical death and then promptly stomped on the egg sac; some green goop shot out.

‘My view was I’d saved the neighbourhood from 200 plus one hunstmans.’

After splatting the eight-legged beasts, Jared made sure to check under his sunvisors – another favourite spot of Huntsman spiders.

The 39-year-old said while he realises some spider lovers may disapprove of his behaviour, he was initially planning an even more extreme solution.

He said: ‘The result may not please the spider lovers but can you imagine hundreds of huntsmans crawling throughout your car?

‘Umm yeah – no thanks, I’d rather torch the vehicle if that happened.’

Huntsman spiders are not known to be aggressive towards humans but females can inflict painful bites when they are defending their egg sacs.