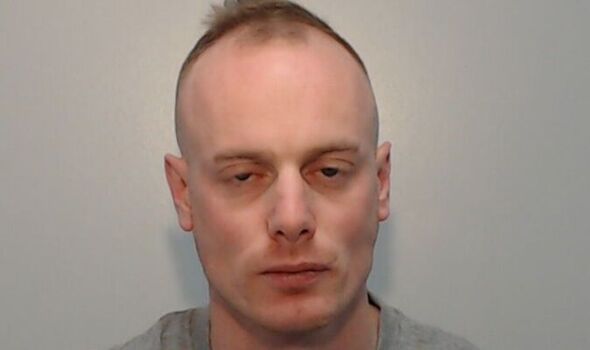 Michael Owen, 34 of Bridgewater Street in Hindley, Manchester kidnapped and assaulted a 16-year-old girl on March 13 this year. Owen pleaded guilty to the offences at a previous hearing.

Manchester Crown Court heard how he had seen the teenager outside a nightclub in the early hours of the morning where he approached her under the premise he was looking out for her.

He went on to help her into a taxi, telling the driver to drop them off at his home.

Greater Manchester Police said the girl reported she remembered waking up on Owens’s bed “partially clothes and screaming to go home but was told by Owen that he was just looking after her”.

Giving evidence via video link the girl said her memory was patchy and the next thing she recalled was someone banging on Owen’s door.

The caller was her father who obtained Owen’s address from the taxi driver after the teenager dropped it in his taxi.

The court heard how Owen had called 999 to report someone banging on his front door, and at the same time the father was ringing the police to report his daughter was being kept against her will.

Police arrived at the property where Owen was arrested and taken into custody for questioning.

The Judge handed Owen a jail sentence of seven-and-a-half years and also deemed him to be a dangerous offender and handed down an extended license period of four years, with a lifetime restraining order against the victim.

He was additionally subject to a Sexual Harm Prevention Order, with the conditions to be agreed upon by the prosecution, defence, and probation at a later date.

Commenting on the sentence, Detective Sergeant Chris Preston from Wigan CID said they are “pleased” with the result.

He continued: Owen is a dangerous individual who preyed on this young girl for his own use, under the guise of being helpful and looking out for her.

“We are extremely grateful to the victim and her family, for the support they have given GMP throughout this investigation, which has led to this successful conviction.

“We would encourage anyone who believes they have been the victim of a sexual assault, to dial 999 and speak to one of our team. We will listen to you and we will do everything we can to bring the perpetrator(s) to justice.

“If you commit these crimes, we will find you and we will ensure that you are prosecuted to the full extent of the law.”