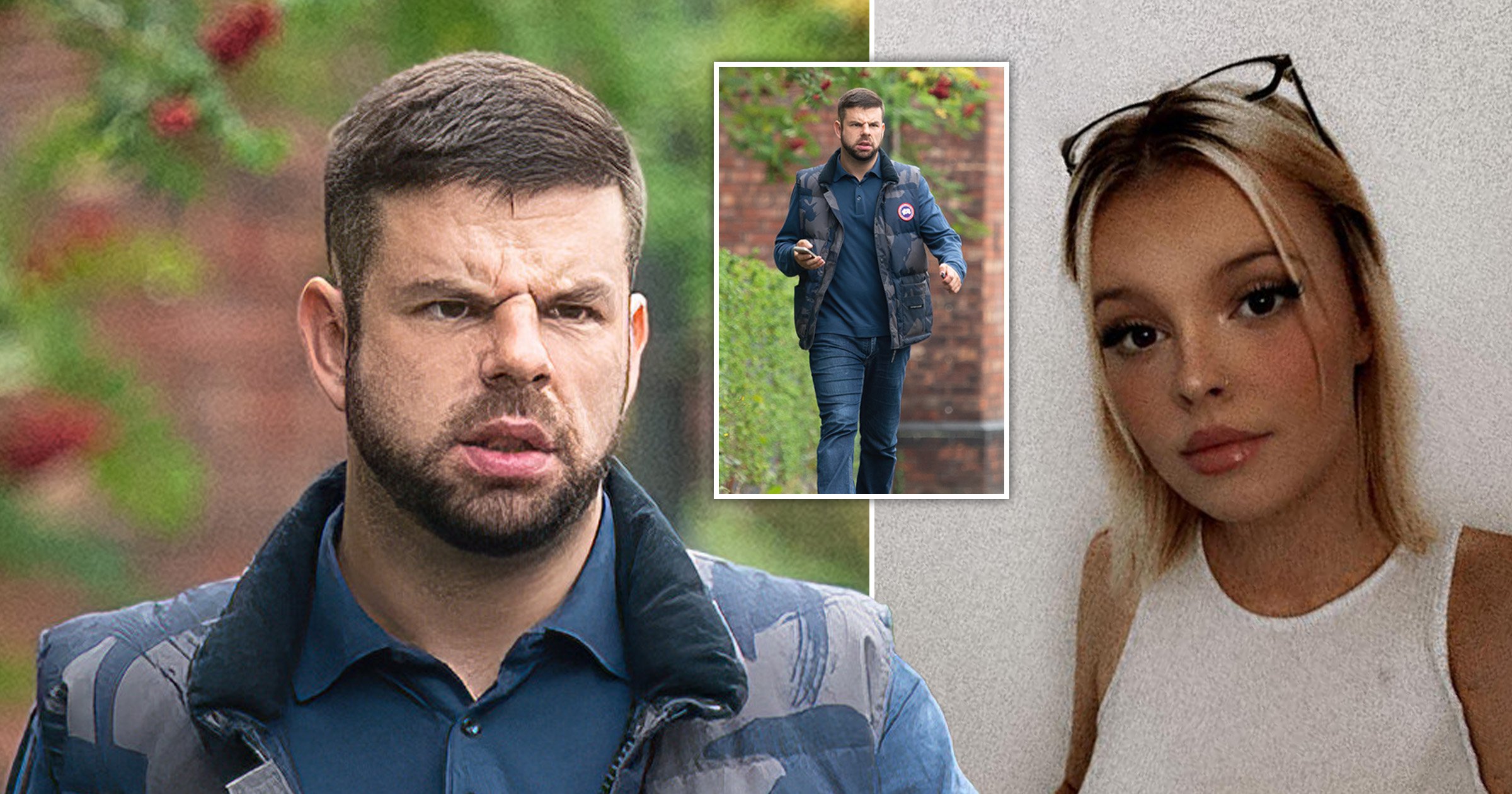 A stalker has been hit with a restraining order after bombarding his ex with cash transfers just so she would have to see his abusive messages in the payment reference field.

She blocked him but he continued to phone her using withheld numbers and set up fake Snapchat accounts to try and contact her, prosecutors said.

After Rachel changed her number, she started seeing payments from Roach with references such as: ‘Unblock me to talk,’ ‘Scruffy little sl*g’ and ‘Little tramp, no wonder you have got no one.’

He sent the messages to her Monzo account, meaning she would have been forced to see the messages pop up on her phone unless she disabled her notifications.

It’s not known how much money he sent her but the number of transfers totalled 41.

Mum-of-one Rachel reported him for harassment and stalking in February.

But he breached orders not to contact her under his bail conditions and was still hounding her in May, Warrington Magistrates’ Court was told.

Roach also ambushed his ex at her home ‘asking where she was going and wanting to spend time with her son’ and on other occasions left flowers, candles, and other items on her doorstep, Laura Simpson, prosecuting, added.

The 29-year-old admitted to visiting the property but claimed he only wanted to return belongings to Rachel’s son.

He insisted he left the gifts there to ‘lift her spirits’ hoping ‘that the relationship could be renewed’, the court was told.

Roach denied creating fake social media accounts to contact her or making as many calls as she claimed but admitted stalking and using ‘insulting and derogatory terms if she did not respond’ to him.

In a statement, Rachel said: ‘Before all this I was a happy outgoing person but this has affected me in such a way that I am no longer able to trust people. I do not go out for fear that I might bump into him.

‘I am constantly on edge that he may turn up at my home as he has done. I am saving up for a camera doorbell. I live in fear daily. I do not sleep very well as I am constantly worrying, especially if I hear a noise at night.

‘If I go out I am constantly looking over my shoulder. It has impacted on my son as well. I should be able to take him to the park but I can not. I do not visit my family much as they live in the same area as the defendant. It has impacted me majorly, as they are the only support I have.’

Magistrates accepted that Roach stopped going to see her in May.

Mike Gray, mitigating, said: ‘The offence is stalking without violence and it is not stalking with the fear of violence which is more serious. That is not to downplay the seriousness of this offence.”

Roach was ordered to pay £545 in fines, costs and a victim surcharge and ordered to carry out 135 hours of unpaid work as well as 20 days of rehabilitation activities.