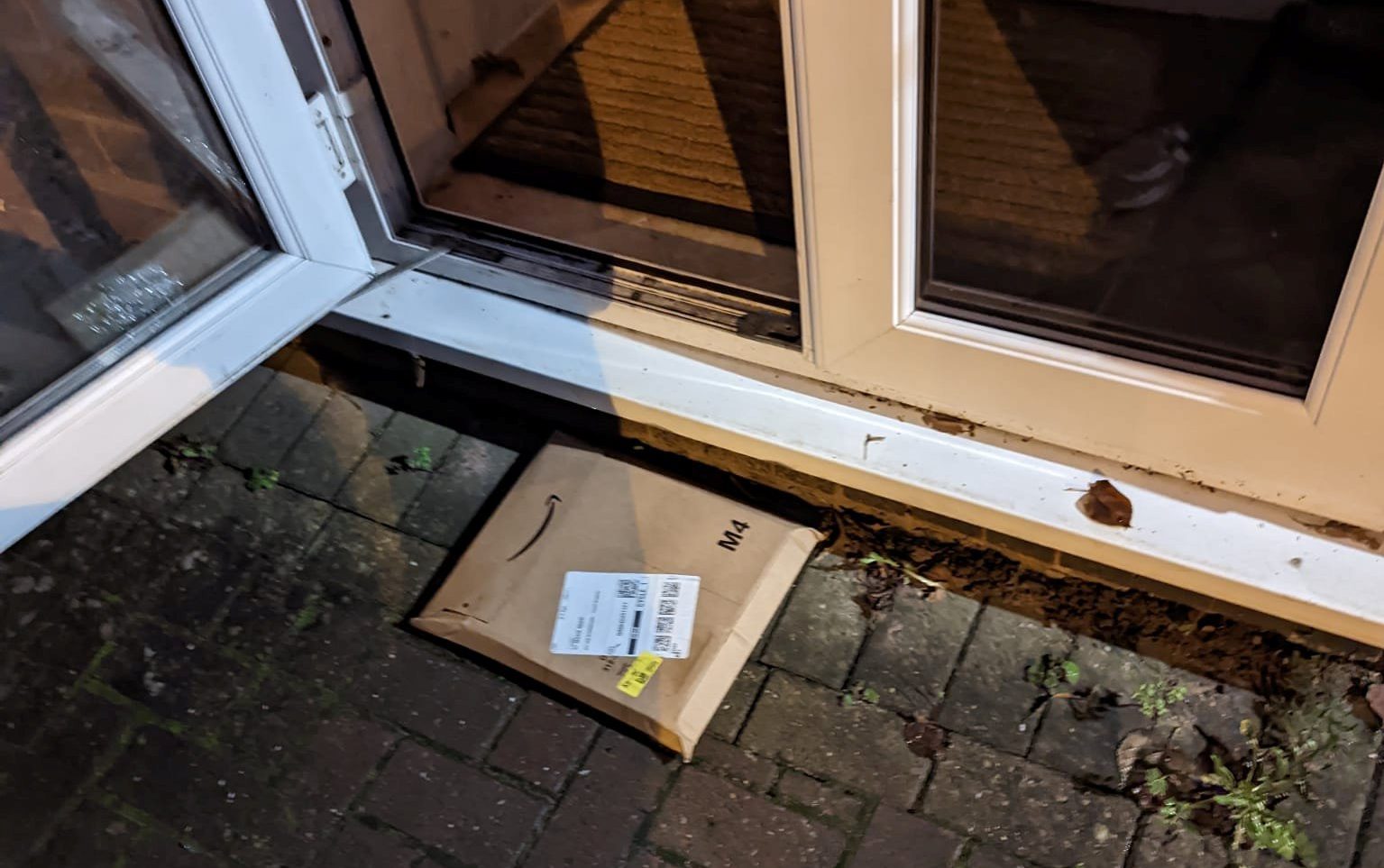 A man claims he has been unable to walk after tripping over an Amazon parcel left outside his front door.

Mike Foster, 33, says his ankle has swollen so badly it looks like an ‘elephant’s foot’.

The site engineer says he can’t walk or drive without pain, leaving him unable to work and falling behind on earnings.

Mike says the package was left outside his door in Birmingham and, in the dark, he didn’t see it – leading him to fall.

‘We’ve had to reduce what we’re spending at Christmas with the price crunch and everything. It’s just a crap position to be in December really.

‘I can’t walk around or drive without being in excruciating pain – all because the driver was to lazy to put in logical spot where it won’t hurt anyone.

‘It’s not like there’s anything I could have done to avoid the situation myself. I was just leaving for work in the morning and trying to do my normal daily routine.’

Mike says he stepped on the package and fell on the morning of November 30 – twisting his ankle in the process.

He managed to make it into the office but was advised to attend A&E where he underwent an X-ray – and was told he had soft tissue damage.

Mike said: ‘I left the house at about 7am so it was still pretty much pitch black outside.

‘The parcel was left underneath the front step to the porch and when I opened my front door, I put my left foot out, caught the corner of the parcel and completely went over.

‘I twisted my ankle really badly. I was in absolute agony but because it was 7am I was trying not to make too much noise.

‘I did the 40-minute drive into work hoping it would ease off but it got worse and worse. When I got into the office, they said I needed to go to hospital.

‘I went to A&E and they told me it was soft tissue damage, my whole foot was swollen like an elephant’s foot.

‘It was a ridiculous place to leave a parcel.

‘I spoke to Amazon about it and they apologised, but there’s a price crunch on and I’ve had to take a week off work because of them.’

A spokesperson for Amazon said the company had reached out to the customer directly.