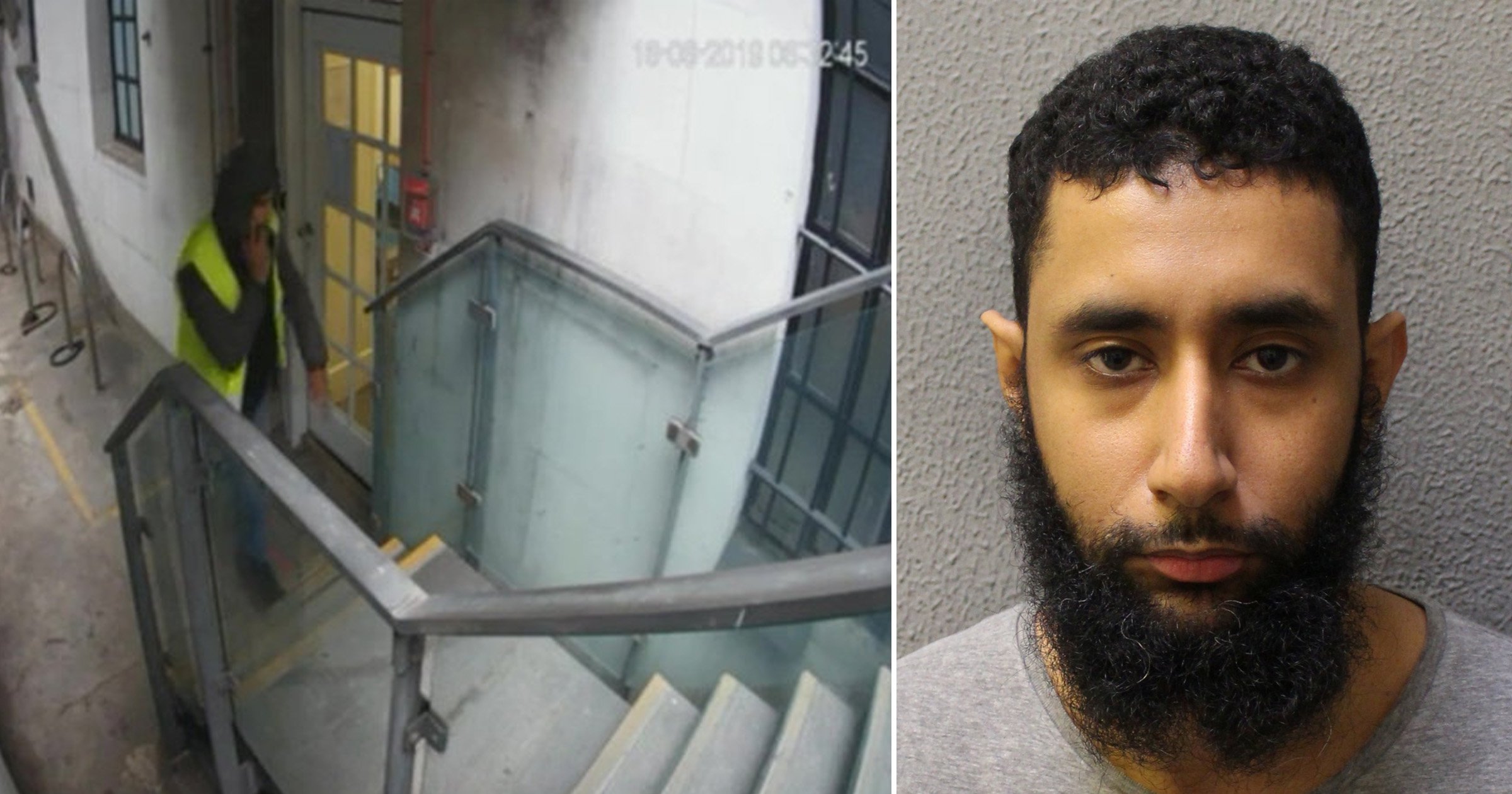 A man pretended to help a teenager after she fell down the stairs at a Tube station but instead dragged her to a basement where he sexually assaulted her.

Sharif Abbas, 31, took advantage of the 19-year-old after she fell down some stairs at Bond Street station in central London at around 6am on June 16, 2019.

The young woman broke her wrist in the fall and suffered a severe head injury which left part of her skull exposed.

Abbas approached her when she sat down to recover, pretending to be a Transport for London employee.

He put on a TfL high-vis jacket, then after telling her to wait for him, scouted out an empty basement nearby.

Instead of calling emergency services, Abbas lead the woman, who was bleeding heavily, to the basement where he told her he needed to examine her injuries, at which point he assaulted her.

When Abbas entered the building’s basement he unwittingly triggered a silent alarm, when police arrived at the scene officers came across Abbas assaulting the woman.

Officers found him standing behind the victim with his hands under her clothing and the fly of his jeans undone.

He had taken her under a covered walkway where they were not visible to passers-by at street level, police said.

The woman was later taken to a west London hospital where she received treatment for her head injury and underwent surgery on her wrist.

She has since made a full recovery, according to the Met Police.

When Abbas was interviewed by detectives, he said it did not occur to him to press an emergency button as he was trying to help the woman.

However, CCTV showed Abbas had his phone to his ear throughout the 45 minutes he kidnapped the woman and no 999 call was made nor did he administer any first aid, police said.

The high-vis vest he wore was one he used when working on bus passenger surveys two years earlier, but at the time of the attack, he was unemployed.

Abbas told detectives he carried it with him for use if he went running or in case he came across ‘an accident or something’.

At Southwark Crown Court yesterday, Abbas, from Haringey, north London, was jailed and four years after being found guilty of kidnap and sexual assault at an earlier hearing.

Sentencing Abbas, Judge Gregory Perrins said: ‘I have no doubt that had they [the police officer] not attended in that moment, you [Abbas] would have gone on to commit a more serious sexual assault.’

‘To take advantage of a seriously injured woman, particularly at a time when she required urgent medical attention, is deplorable,’ he said.

‘I am aware that the details of this case, and the predatory nature of offenders such as Abbas, will instil fear in many women. We are working hard to remove offenders of this type from our streets.’

He added: ‘The young lady targeted by Abbas has been incredibly brave, determined and patient throughout this investigation and the court proceedings.

‘She no longer lives in the UK, and due to Abbas’s not guilty plea, was compelled to return to Britain and quarantine in order to take part in the trial process.

‘I applaud her actions to help ensure that other women are spared the perverse attentions of this man.’