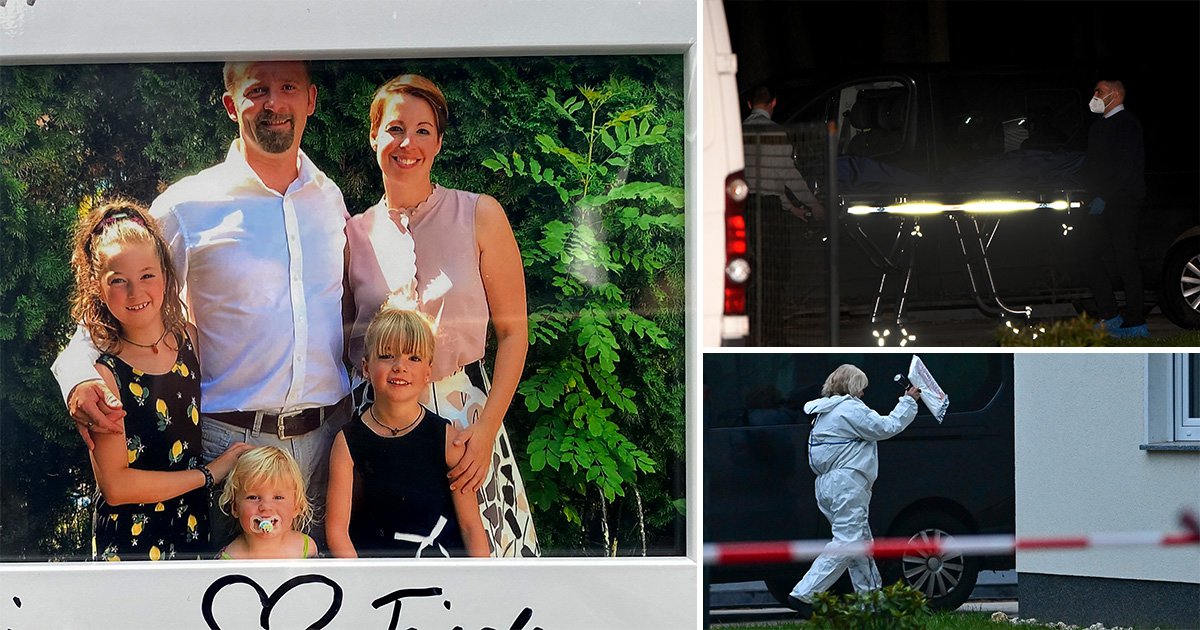 A German teacher shot his wife and three young children before turning the illegally owned firearm on himself after being caught with a fake Covid-19 passport, prosecutors have said.

The 40-year-old, named only as Devid R, was found dead alongside his wife Linda, also 40, and their young daughters, aged four, eight and 10, at home in Senzig, 20 miles south of Berlin, on Saturday.

In a lengthy note found by police, he confessed to having forged a vaccination certificate for his spouse, who worked at a nearby university.

Her employer had found out, prompting the couple to fear they would be arrested and lose their children, prosecutor Gernot Bantleon told Reuters.

He is quoted as telling Bild: ‘In [the letter] he literally writes that the university wanted to pursue the vaccination passport forgery “with the utmost rigour”.’

While Germany’s coronavirus laws do allow for custodial sentences of up to a year, the father’s case is understood to have been unlikely to fall within that remit.

Mr Bantleon told the DPA news agency that the father was not known to police and the family were not involved with child protection agencies.

The man’s fears of losing his children do not appear to have been backed up by any event or indication it may have come to fruition, the MorgenPost reports.

The grim case comes as Germany has been tightening up restrictions to try to stem a fourth wave of the coronavirus pandemic.

From last month, employees have been required to show they are vaccinated, recovered or test negative.

Authorities agreed last week to bar the unvaccinated from all but the most essential businesses such as grocery stores, pharmacies and bakeries.

Germany recorded the highest number of coronavirus deaths since February on Wednesday.