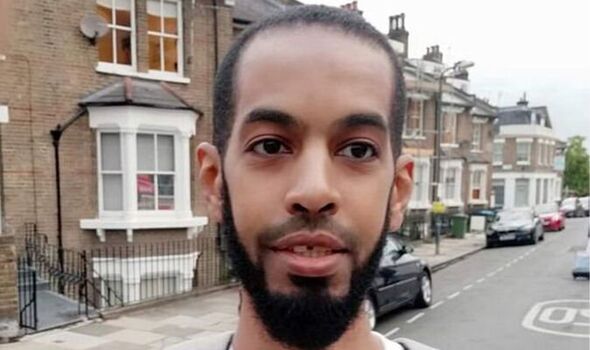 All across the UK, people are feeling the impact of the ongoing cost of living crisis.

Asylum seekers in London are feeling desperate and isolated as the cost of living crisis means the £40 per week they are given by the government covers fewer and fewer of their essentials.

MyLondon spoke to individuals who spend hours in the supermarket analysing the price of a potato, have no choice but to go hungry so they can buy school shoes for their children, and are forced to stay indoors because they can’t afford to go anywhere.

The amount asylum seekers receive was raised by just £1.22 per week for those in self-catered accommodation in April in response to the rise in the cost of living. Most asylum seekers aren’t allowed to work and many arrive in the UK without any savings.

Asylum seekers have told of how the allowance they are given is not enough to live on with prices continuing to rise. All of those who have come forward are living in a constant state of stress and worry. Some fear the situation could get so desperate they will be forced to take on a job illegally.

Trapped indoors as he can’t afford to go anywhere

Tony Bless, 41, (not his real last name) has been in the country since 2007 when he escaped Ghana due to his sexuality as he couldn’t be openly gay there. He had worked at the British Embassy and staff there helped him come to the UK with the intention for him to join the Army, but he wasn’t accepted so he had to claim asylum.

Tony is currently in a catered hotel in Islington so he only gets £8 per week from the government. He can’t work and has no other source of income. He says it is “very tough and stressful” as he is trapped indoors, unable to do anything.

Tony has noticed the price of “everything” going up. Even just an apple has increased in price from 50p to 80p – which is now a tenth of his weekly allowance. When he does leave his accommodation, he makes sure to return within an hour to benefit from the Hopper bus fare.

“Every day I have to plan what I’m doing,” he said. “If it’s not important I just stay indoors watching TV and sleeping. I have nowhere to go.”

He added: “You want to give up. But what are you going to do? I can’t go back. I have lost everything there. Now things are getting worse and worse here and we can’t even work. We don’t have a future.”

‘Sometimes I spend hours comparing the price of a potato’

Omer, 38, came to the UK in 2019 after fleeing Saudi Arabia due to tensions related to his Eritrean ethnicity. He left his wife and children in Egypt, and started his asylum claim in London that year. Three years later, he is still going through the process of claiming asylum and is given £40 per week by the government.

Omer, who didn’t want to give his surname, has no savings and had his request for a work permit refused, so the £40 is all he has to live on. With the cost of living crisis, he says “almost everything is expensive”.

He has noticed that a pack of 15 eggs was £1.19 before the pandemic and is now almost double the price at £2.05. Meat has become a “luxury” and he has stopped buying vegetables because they are too expensive.

Omer is so careful with his budget that he goes to the supermarkets a day in advance to check the list of discounts for the next day. He looks around, assesses what he can afford, then returns the next day to buy the discounted items.

He explained: “It’s very hard as sometimes I go and spend three to four hours comparing the price of a potato. Here 30p, there 20p, there 10p. It takes me a long time to buy three items because I’m comparing prices.”

Omer has Type 1 diabetes and his doctor has advised him to eat organic food in order to avoid preservatives. But organic chicken can cost as much as £8, compared to £4 for non-organic, which is already too much, and when he goes to a food bank, canned foods are often all that is available, but he avoids these as they have preservatives.

Aside from concerns about his diet, transport for essential journeys, such as to see the doctor, eat into his weekly allowance too. The week before he spoke to MyLondon, Omer had two appointments with a doctor on separate days. In total, the two journeys cost him £10, a quarter of his weekly allowance.

He also needs to save money to buy data and time on the internet to call his family in Egypt. They are struggling to pay rent, so he is being “very tough” on his spending for a few weeks so he can send money to them.

Omer struggled to explain how he was feeling, but he said he finds it all “very stressful”, especially thinking so hard about his budget. He finds his situation “isolating”, especially when he goes into town and sees people sitting and chatting in cafés.

He explained: “If I want to go to the city centre it means additional money. Sometimes I walk. I see people sitting and chatting in cafés. But if I buy coffee, £5 is lost. This is luxurious.“

The family-of-four live in a self-catered apartment in Hounslow and receive £40 each per week. Miguel told MyLondon he has “definitely” noticed prices going up. One example he cited was onions jumping in price from £1 to £1.35 in just one month.

One week, the family were forced to “sacrifice food in order to buy shoes“ which cost £35 after the children’s school asked them to buy new ones. At just under the weekly allowance for one person, the purchase made that week “very difficult”.

Like Omer, Miguel avoids buying meat because it is so expensive. Instead, the family live on a diet of rice, beans, eggs and plantains. Sometimes they go to the one food bank in their area but because so many people are attending it, they only come home with a couple of tins of beans, some canned fruit and rice.

Miguel is “really worried” about the rising prices and is concerned that if prices continue to increase, the family won’t be able to afford to buy food and Miguel will be forced to find a job to support his family, despite not being allowed to do so.

Calls for government to do more

Charities supporting asylum seekers told MyLondon that many are forced to apply for emergency grants to avoid having to choose between basic necessities. Others spoke of the strain on asylum seekers’ mental health of struggling to make ends meet.

Many are urging the government to provide further support for asylum seekers, such as an uplift in their weekly allowance in line with inflation, lifting the ban on working or offering free or subsidised public transport.

Enver Solomon, CEO of the Refugee Council, said: “People reliant on asylum support are some of the most vulnerable people in our society. They are men, women and children often living hand to mouth, constantly struggling to afford even basic essentials. This is only getting much harder for people, surviving on less than £6 a day and clearly suffering the additional effects of the cost of living rising sharply.

“A huge part of the problem is that we have an asylum system beset with chronic delays, resulting in an enormous backlog of unsolved cases and people being trapped in limbo for months, years even, unable to work, save up any money or move on with their lives in any way. People already on their knees financially cannot afford any further blows. We urge the government to do much more to ensure people seeking asylum are able to support themselves and live in dignity.”

The Mayor of London, Sadiq Khan, agrees that the support payment rates “are not sufficient”. A spokesperson for the Mayor said: “The Mayor is clear about the importance of welcoming refugees and people seeking asylum to our city and is working hard to support them as they settle in London. He agrees that currently the Home Office support payment rates are not sufficient.”

They added: “The Mayor is committed to make to public transport in London more affordable. That is why he froze all Transport for London (TfL) fares between 2016 and 2021, introduced the Hopper bus fare saving the average London household over £200, protected the Freedom Pass and maintained young people’s travel concessions.”

A Home Office spokesperson said: “Asylum seekers who would otherwise be destitute are provided with support whilst we consider their claim for international protection. This includes free, furnished accommodation and utilities as well as a weekly allowance for food, clothing, transport and goods.

“Asylum seekers can work if their claim has been outstanding for 12 months or more, through no fault of their own, and are able to work in a role on the Shortage Occupation List.“