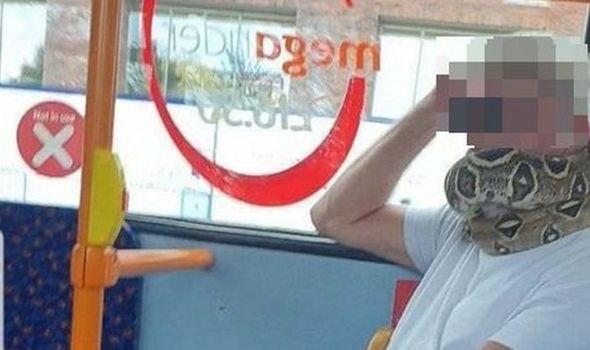 The man was seen with the snake wrapped around his neck and mouth on a bus from Swinton to Manchester on Monday. He did not have a face mask on underneath the animal.

One passenger said she thought the man was wearing a “funky mask” before she saw the snake slithering over the hand rails.

She admitted she found the bizarre incident “really funny”.

She said the animal did not appear to be bothering any other passengers, adding: “No-one batted an eyelid.”

A Transport for Greater Manchester spokesperson confirmed a snake was not a valid face covering. 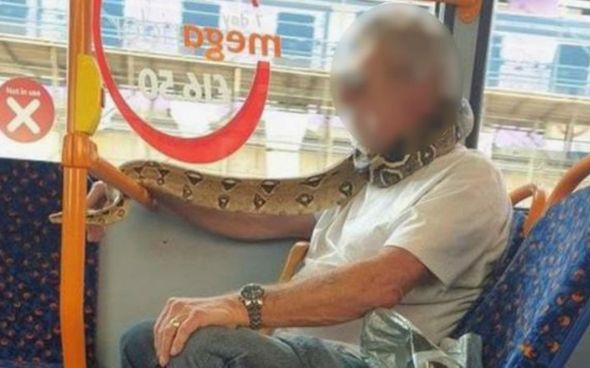 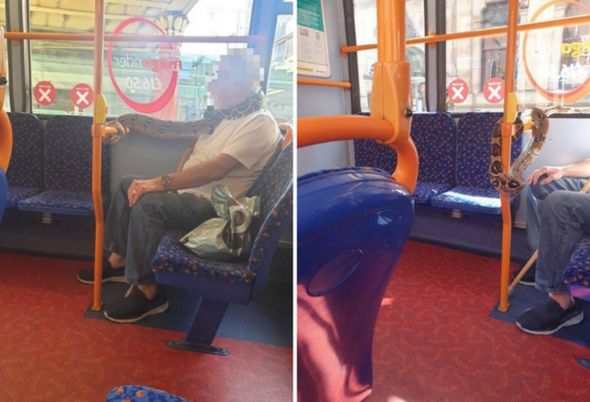 The spokesperson said: “Government guidance clearly states that this needn’t be a surgical mask, and that passengers can make their own or wear something suitable, such as a scarf or bandana.

“While there is a small degree of interpretation that can be applied to this, we do not believe it extends to the use of snakeskin – especially when still attached to the snake.”

The strange incident prompted a stunned reaction on social media.

One Twitter user wrote: “This is a great method of social distancing.”

Another commented: “This is one way of keeping people 6 feet away from you, I guess.”

A third joked: “He later removed it, said he found it too constricting.”

Another found it hilarious, tweeting: “Why is this the funniest thing I have seen in AGES.”

A fifth wrote: “It’s good for socially distancing as well I certainly wouldn’t sit next to him.”

Another simply said: “My worst nightmare.”

One more added: “I would have discreetly ‘slithered’ to the other end of the bus or got off at the next stop!”

Face coverings on public transport are mandatory, except for people who are exempt for age, health or disability reasons.

The measure came into force in June to combat the spread of coronavirus.