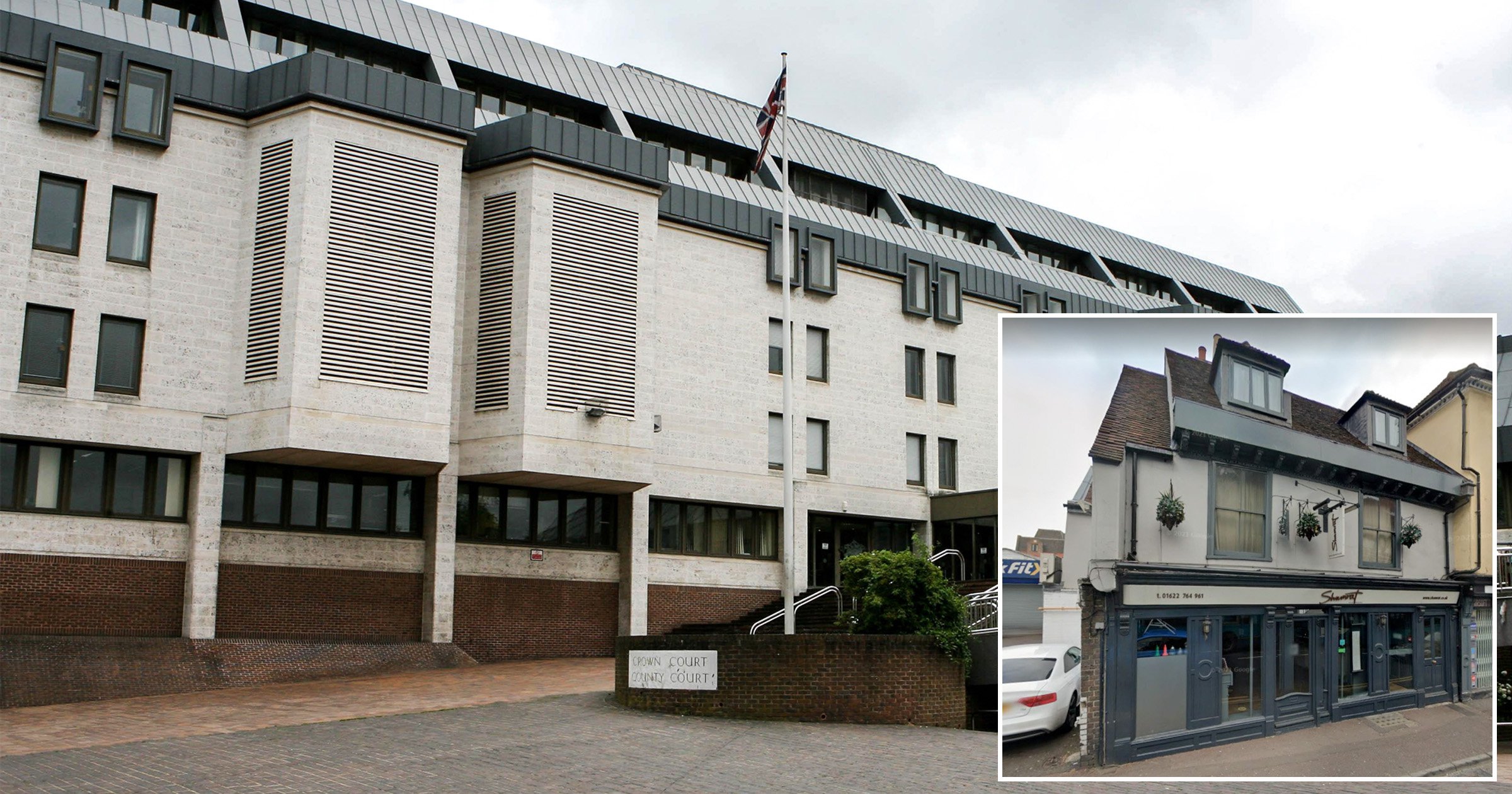 The dad of a police officer was glassed and repeatedly stabbed in the head with a fork after he confronted some diners about them ‘insulting’ police, a court heard.

Gary Tween was at the Shamrat brasserie in Maidstone, Kent, with his friend Darren Valencia on March 8, in 2020, when he overheard other customers talking about officers.

Mr Tween said: ’It sounded as though [one of the men in the conversation] had been arrested the day before and was voicing his opinion about the police and police officers in general.

‘He said that they were all a bunch of c***s – seemed to keep repeating the same thing over and over again, and it went on for about 15 to 20 minutes.

‘Being in a restaurant, I found it quite offensive that I could hear someone using that kind of language.

‘And also my son is a police officer and I am very proud of him as he has done very well for himself. I just took general offence to everything he was saying.’

Mr Tween went over to the table – a few metres away – and spoke to the man who had been talking about the police.

The man apologised, offered to pay for Mr Tween’s meal and CCTV shows the pair even hugged.

But the dad and son who were also seated at the table, Nigel and Ben Goodall, became ‘aggressive and antagonistic’ towards Mr Tween and were ‘keen to fight him’, Maidstone Crown Court heard.

The dad and son, 68 and 44, ‘crashed’ into Mr Tween before Ben punched him in the face and Nigel stabbed the back of Mr Tween’s head with a fork, the prosecution said.

CCTV shows Nigel grabbing a glass in the middle of the scuffle. He allegedly threw it at Mr Tween’s face but missed, so he picked it up and smashed it over the top of Mr Tween’s head again.

Mr Tween said: ‘I felt panic as I saw the glass coming towards my left eye and so I lowered my head only to be cut on the top.

‘I recall having one in a headlock and we ended up on the floor. I was conscious of there being a lot of blood as I could see it hitting the floor.’

Mr Tween threw punches back and, at one point, kept Nigel in a headlock while he banged his head against a pillar inside the restaurant.

Mr Valencia held Ben in a bear hug for some time while Mr Tween and Nigel fought on the floor.

But Ben broke out of the constraint and punched Mr Tween while he was already on the floor.

Eventually, a customer who had stopped in the restaurant to get a takeaway managed to split up all the men and the police were called.

Mr Tween said: ‘It all happened very quickly. I didn’t hear them coming, I didn’t see them coming, and I think it was a natural reaction for me to defend myself.

‘Having been hit in the head with a glass, I didn’t want to be hit with another glass. Maybe I thought I was fighting for my life.

‘Punches have been thrown, I have been hit with a glass and at that point I was defending myself, and I don’t apologise for that.’

The Goodalls had left by the time the police arrived but they were later found at Maidstone Hospital and arrested.

When Mr Tween was being cross-examined by the defence, he accepted he may have been ‘angry and forceful’ when first confronting the table.

The Goodalls deny wounding Mr Tween with intent to cause grievous bodily harm, as well as the less serious, alternative charge of unlawful wounding.