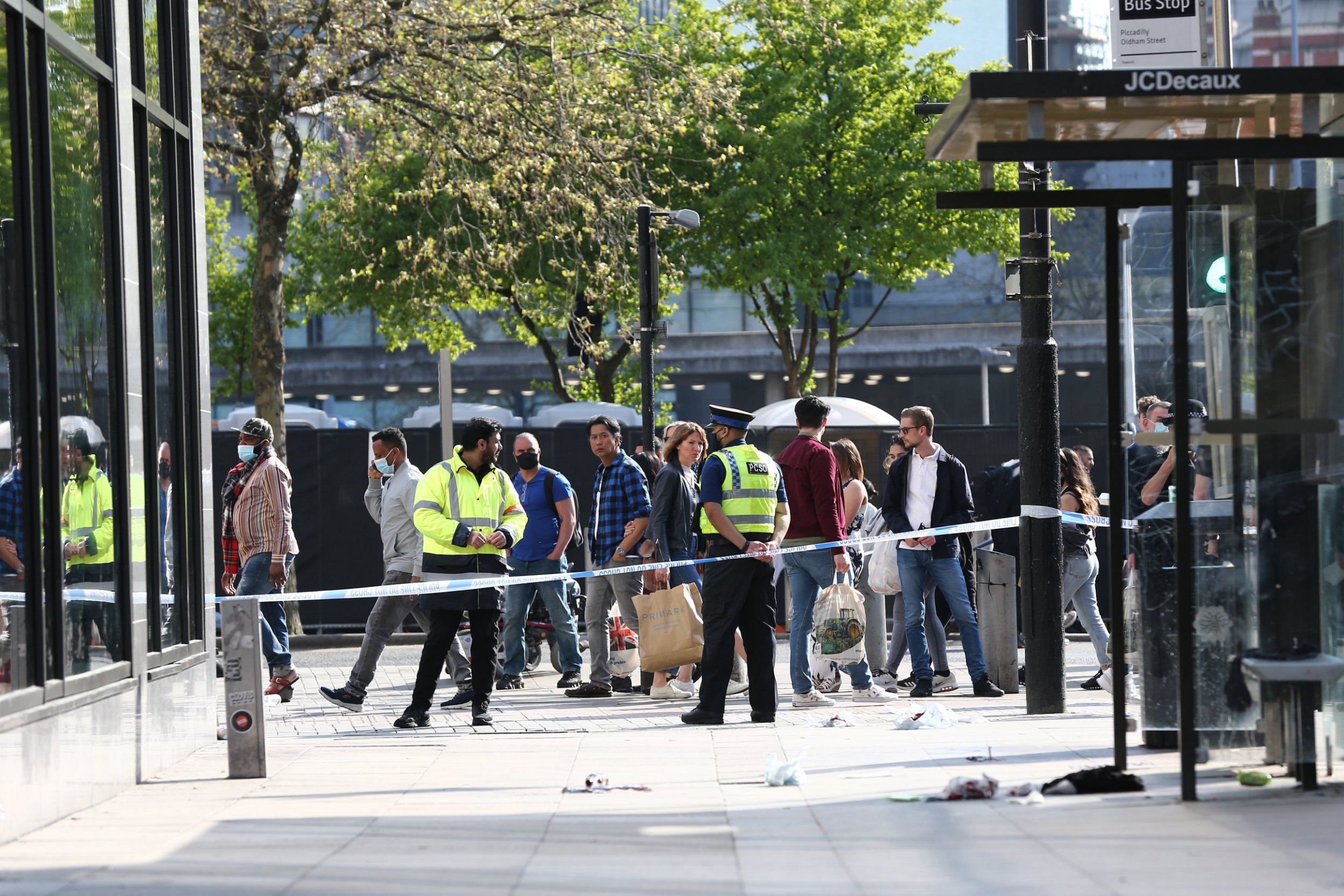 A man was stabbed in the face in broad daylight outside Morrisons in Manchester city centre.

The 25-year-old victim also suffered stab wounds to his arm and shoulder in the frenzied assault just off Piccadilly Gardens at around 3.45pm yesterday.

He was taken to hospital but his injuries are not believed to be life-threatening.

The attacker was male and police believe it was an ‘isolated incident.’

They are now appealing for witnesses or anyone with information to come forward.

A large cordon was in place on Saturday evening with a section of Oldham Street taped off.

Blood soaked clothes were seen on the pavement, while buses were diverted around the cordon.

Local councillors were told ‘high visibility patrols’ would be stepped up in response to the attack.

In a statement, police said: ‘Police were called at around 3.45pm on Saturday 24 April to a report of an assault off Piccadilly Gardens, Manchester city centre.

‘A man aged 25 was stabbed by a second man outside a supermarket on Piccadilly.

‘The victim sustained stab wounds to the face, arm and shoulder.

‘He has been taken to hospital for treatment of the injuries, which are not believed to be life-threatening. Enquiries are continuing.’