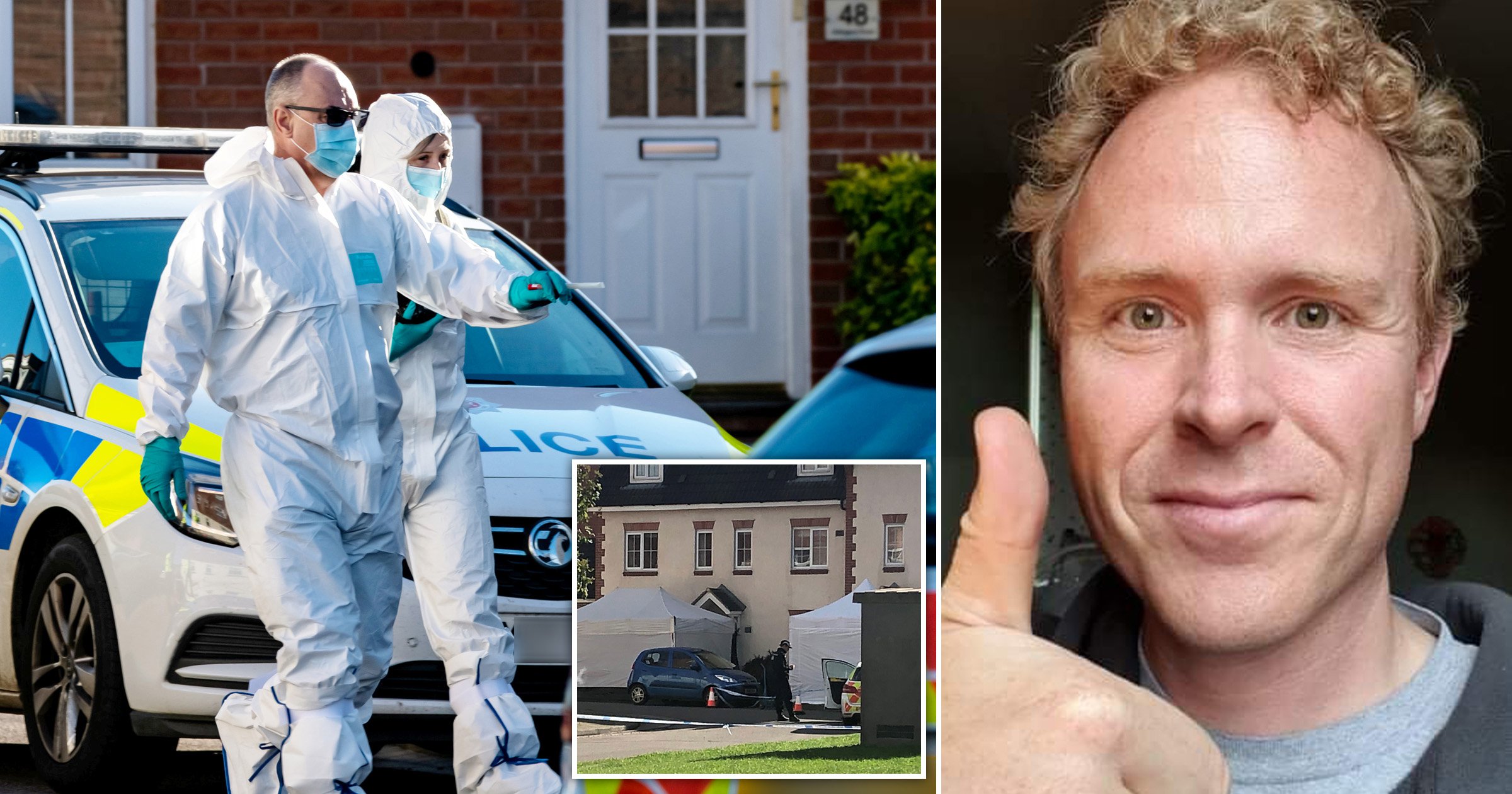 A man who killed his neighbour by stabbing him 27 times after a long-running parking row had warned police just a day earlier, ‘I will murder him’, a court has heard.

Can Arslan, 52, launched the frenzied attack on father-of-three Matthew Boorman, 43, as Mr Boorman made his way to his front door on the afternoon of October 5 last year.

The victim’s wife, Sarah Boorman, tried to pull Arslan off her husband as horrified neighbours looked on in Snowdonia Road, Walton Cardiff, near Tewkesbury, Gloucestershire.

Mrs Boorman also suffered a deep wound to her thigh from Arslan’s knife.

After killing Mr Boorman, Arslan, who had made a series of threats against people on the housing development, forced his way into the home of Peter Marsden and knifed him eight times.

Arslan has admitted the attempted murder of Mr Marsden, causing grievous bodily harm to Mrs Boorman, and a charge of affray, but denies murder.

On the first day of his trial at Bristol Crown Court on Monday, prosecutor Kate Brunner QC said there had been a ‘long-running’ dispute between Arslan and his neighbours.

Small rows over parking and a scratch to a car had escalated to the point where Arslan had repeatedly threatened to attack or kill those living near him, and they were trying to have him evicted.

Ms Brunner told the jury there is no dispute that Arslan had killed Mr Boorman, telling them what they must decide is whether it was murder or manslaughter on the grounds of diminished responsibility.

Almost all of the attack on Mr Boorman and Mr Marsden were caught on CCTV and doorbell cameras around the estate.

Mr Boorman had just parked outside his house at about 5.20pm after returning from work and was still on a conference call when Arslan stabbed him.

The prosecutor said Mrs Boorman had come to open the front door and ‘she initially thought (the defendant) was throwing punches but came to realise he had a knife in his hand and was stabbing her husband’.

Colleagues on the conference call heard Mr Boorman shout ‘what the f*** are you doing?’ and Arslan replying ‘f****** want it’? in a ‘goading’ tone.

Ms Brunner said: ‘The defendant appeared calm, smiling as if he was amused by what he was doing.’

Arslan was heard to say, ‘You’ve no idea what this guy put me through’, adding ‘he evicted me’.

After leaving Mr Boorman dead or dying on his lawn, Arslan entered Mr Marsden’s home via a side gate, and forced his way into the kitchen where the victim was sitting with his wife.

The victim managed to grapple Arslan out of the property and lock the door, although he sustained eight serious knife wounds in the process.

After his arrest Arslan claimed he had taken an overdose, but medics found that he did not seem to be on any kind of drug.

A psychiatric assessment found that he was alert and had no psychotic symptoms, the jury heard.

While in hospital, he was interviewed by police and made comments about stabbing his neighbours, referred to his impending eviction and his life being ruined.

He said he intended to kill a number of people who were bringing legal action against him.

In a second interview, Arslan claimed he could not remember anything.

Ms Brunner said the attack on October 5 had been preceded by years of threats from Arslan to neighbours, including telling the Boormans ‘I’m going to kill you’ and ‘I’m going to put you in the ground’.

He would describe the violence he planned to do to them while pretending to be on the phone in his back garden.

In May, Mrs Boorman had made a statement to police setting out a summary of the threats they had received from the defendant.

She said they were worried about being murdered, or that someone was going to be seriously hurt very soon.

Arslan made counter-allegations, accusing the Boormans of racially abusing him.

The day before the attack, a police officer had telephoned Arslan about the complaint he had made.

‘The defendant swore at the police officer and said he would sort his neighbour out himself, Mr Arslan said he would murder him,’ Ms Brunner said.

The defence say Arslan was in the grip of a psychiatric disorder when he killed Mr Boorman, the court heard.

Ms Brunner said: ‘The prosecution say this was a premediated killing carried out in retribution and anger and this defendant is guilty of murder.’

The trial, which is due to last a week and a half, continues.