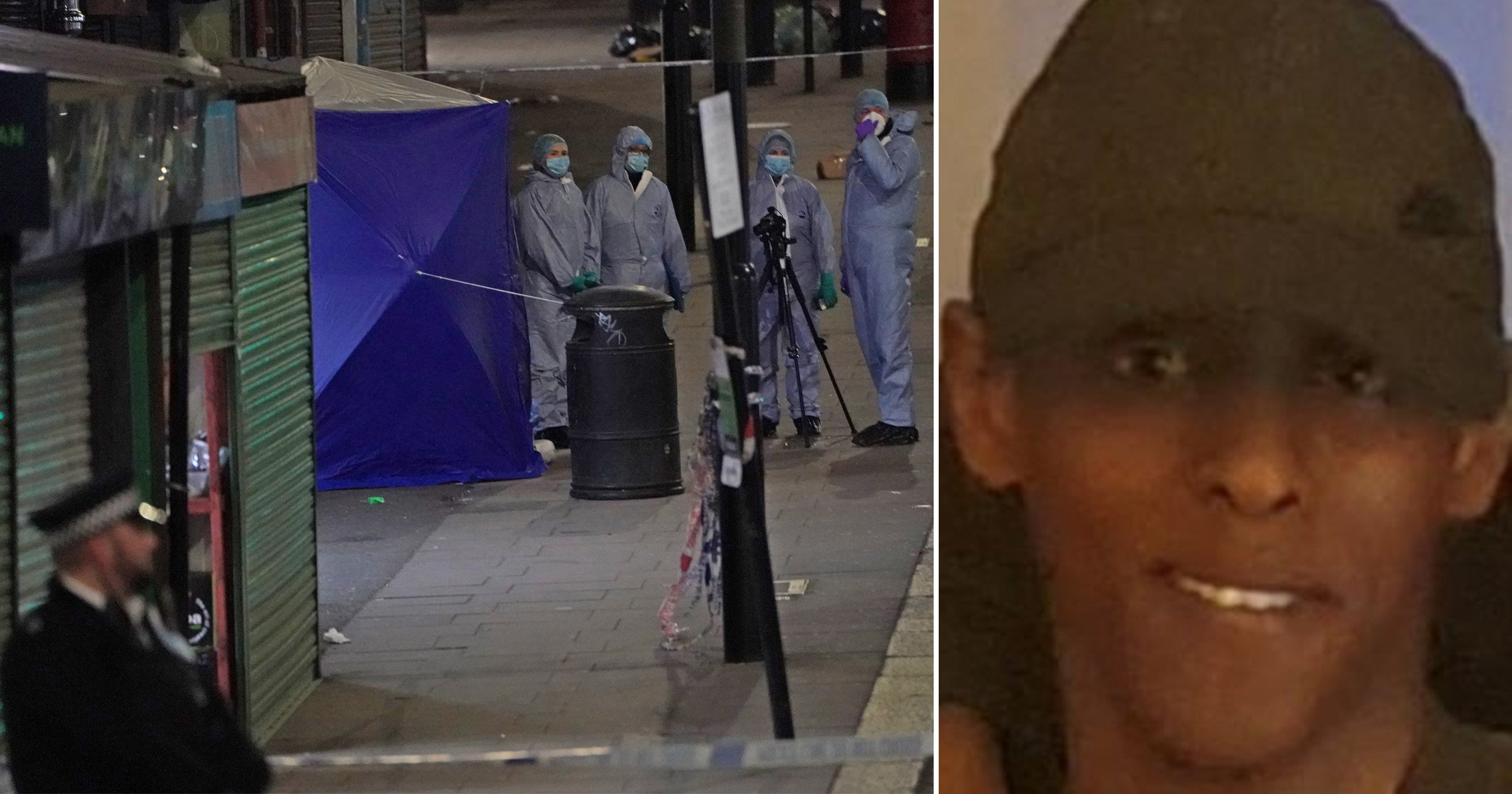 Three teenagers have been arrested on suspicion of murder after a man was fatally stabbed in the chest outside a tube station in north London.

Muhamoud Mohamed Mahdi, 28, has been named as the victim of the Friday evening attack in Burnt Oak.

He was pronounced dead at the scene in Watling Avenue after paramedics fought to save him.

A post mortem has found Mr Mahdi, who lived in the Finchley Road area of Barnet with his mum, died of stab wounds to the chest.

The three arrested are aged 16, 18, and 19 and are being kept in police custody.

Metropolitan Police Detective Chief Inspector Neil John, who is leading the investigation, said: ‘Muhamoud lived with his mother in Barnet. My officers met with her today and she will be supported by specialist Met officers throughout the unimaginably difficult days and months ahead.

‘I have assured her of my total commitment to ensuring that whoever was responsible for this senseless killing will be brought to justice.’

Police are now re-appealing for information which may help in their investigation.

DCI John added: ‘I continue to appeal for anyone with information and any witnesses to come forward and speak with police. If they would prefer to remain anonymous, they can also contact the independent charity, Crimestoppers.

‘We have already received a good deal of information from local people, but it is important that anyone who has yet to speak with us makes contact to share what they know.

‘I also need to see any footage that may have been captured from phones, dashcams or other devices. If you have such material, please get in touch.’