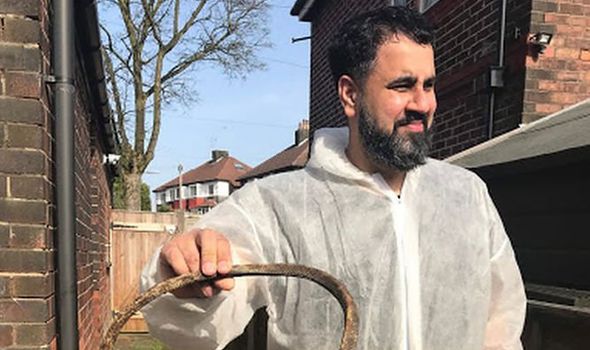 The homeowner admitted the plastic toy “looked convincing” as it was camaflouged in leaves. He had spotted what he thought was the reptile when he was clearing out his garden, Manchester Evening News reports.

He kept a close eye on the reptile to make sure it didn’t disappear into any shrubbery. But with the snake staying still for two hours, he decided to call the RSPCA for help.

Inspectors arrived at the property in Bury, Greater Manchester, with a large grasping pole.

But they soon found the snake was of the plastic variety.

Inspector Demi Hodby said: “When I arrived I had my grasping pole ready to safely grab the snake.

“However, it didn’t take me too long to realise that this snake was the plastic kind. 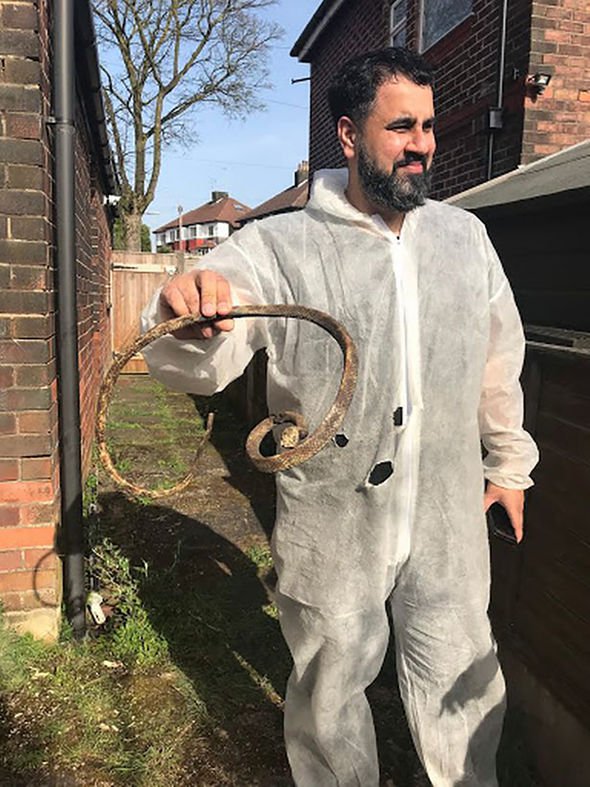 She added: “He was really great and we both had a good laugh at the situation.

“He said he would be expecting some stick off his friends but didn’t mind and even posed for a picture for me with the toy.”

The man, a husband who didn’t want to be named, was worried about how his partner would react if there was a reptile on the loose at their home so rang for help last Tuesday.

He said: “It looked so camouflaged in the leaves and was curled around so it looked convincing.

“When the inspector came and we both realised it was a toy we had to laugh about it – it was such a funny moment.”

The RSPCA says it occasionally gets called out to cases where members of the public have mistaken toys and other objects for animals.

Insp Hodby added: “We do get quite a number of calls about animals in distress which actually have innocent explanations.

“They are genuine calls from well-meaning members of the public so it is all part of the job.”

Anyone who thinks they have seen an exotic snake should keep a safe distance, call the RSPCA helpline on 0300 1234 999 and monitor the animal until an inspector arrives.