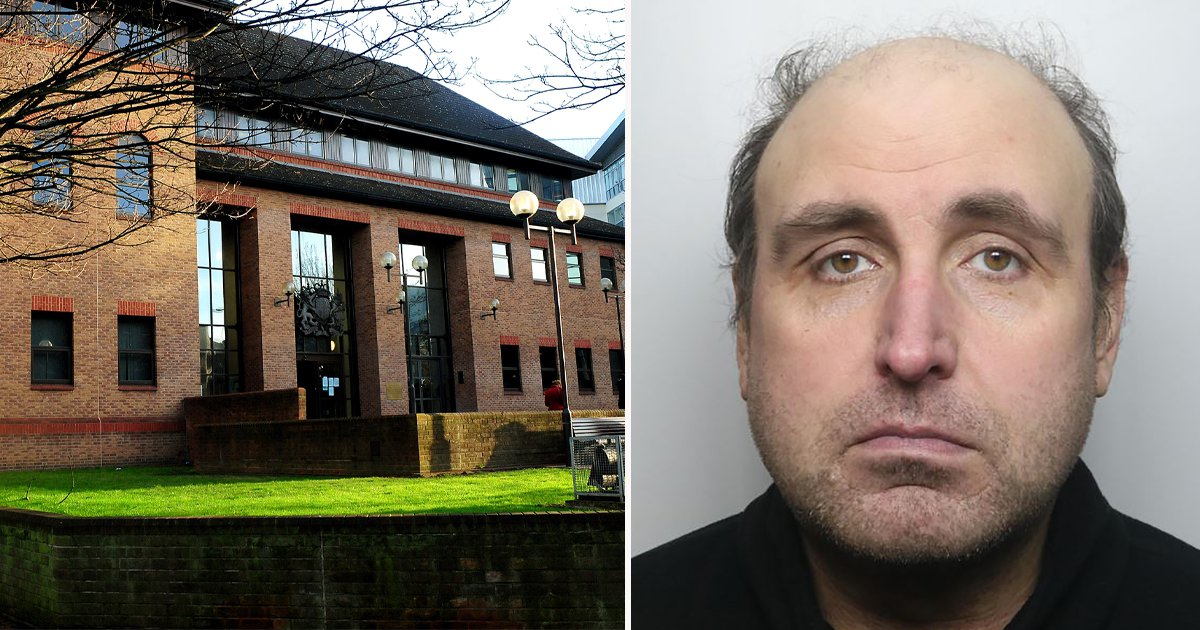 A man who stole £65,000 from his seriously unwell father’s bank accounts has been jailed for 20 months.

Carl Hadfield, 49, spent the money on an Audi A5 for himself, as well as paying for hotel escorts and a hospitality box at Anfield, the home of Liverpool football club.

Derby Crown Court heard how his father is a former miner who suffers from serious lung problems.

On one occasion, Hadfield even pretended to be his dad when he answered the phone to NatWest bank who rang to ask about suspicious transactions, which he said were okay.

After initially being charged with taking almost £50,000, Hadfield went on the run only to carry out the exact same crime again, taking more of his dad’s money.

His sister then rang to police to tell them her brother was living in a caravan at the bottom of their parent’s garden.

In a victim impact statement, Hadfield’s father asked for his son not to be sent to prison.

But Judge Jonathan Bennet said: ‘It has to be custody, the offences are of such a serious nature it would be inappropriate to suspend it.

‘He was ill, spending some time in hospital and in a care home and your mother was also unwell.

‘You frittered the money away in many inappropriate ways.’

Rebecca Coleman, prosecuting, said the first set of offences took place in 2017 when Hadfield’s father was hospitalised with fluid on the lungs linked to his time working down the pits.

She said during that time his daughter, the defendant’s sister, helped with the finances and had access to her father’s banks accounts.

Miss Coleman said in November 2017, the daughter realised money was missing from a Santander account and so her father went to one of the branches to enquire about it.

She said: ‘They were told there had been payments made from it to Now TV, Amazon and a high number of PayPal transactions which had not been authorised.

‘The police were called and an investigation revealed more than £16,000 was missing from a NatWest account, more than £26,000 from a Santander account and there was a £7,000 credit card bill outstanding.

‘The defendant was invited in for a voluntary interview and admitted he took the money saying he had set up a PayPal account in his father’s name.

Miss Coleman said the defendant then failed to turn up at court after being charged and went missing until the second set of offences in late 2019.

William Bennett, mitigating, said: ‘It is brief mitigation, he admitted everything at the police station and pleaded guilty at the earliest opportunity.

‘He nailed his colours to the mast early.’