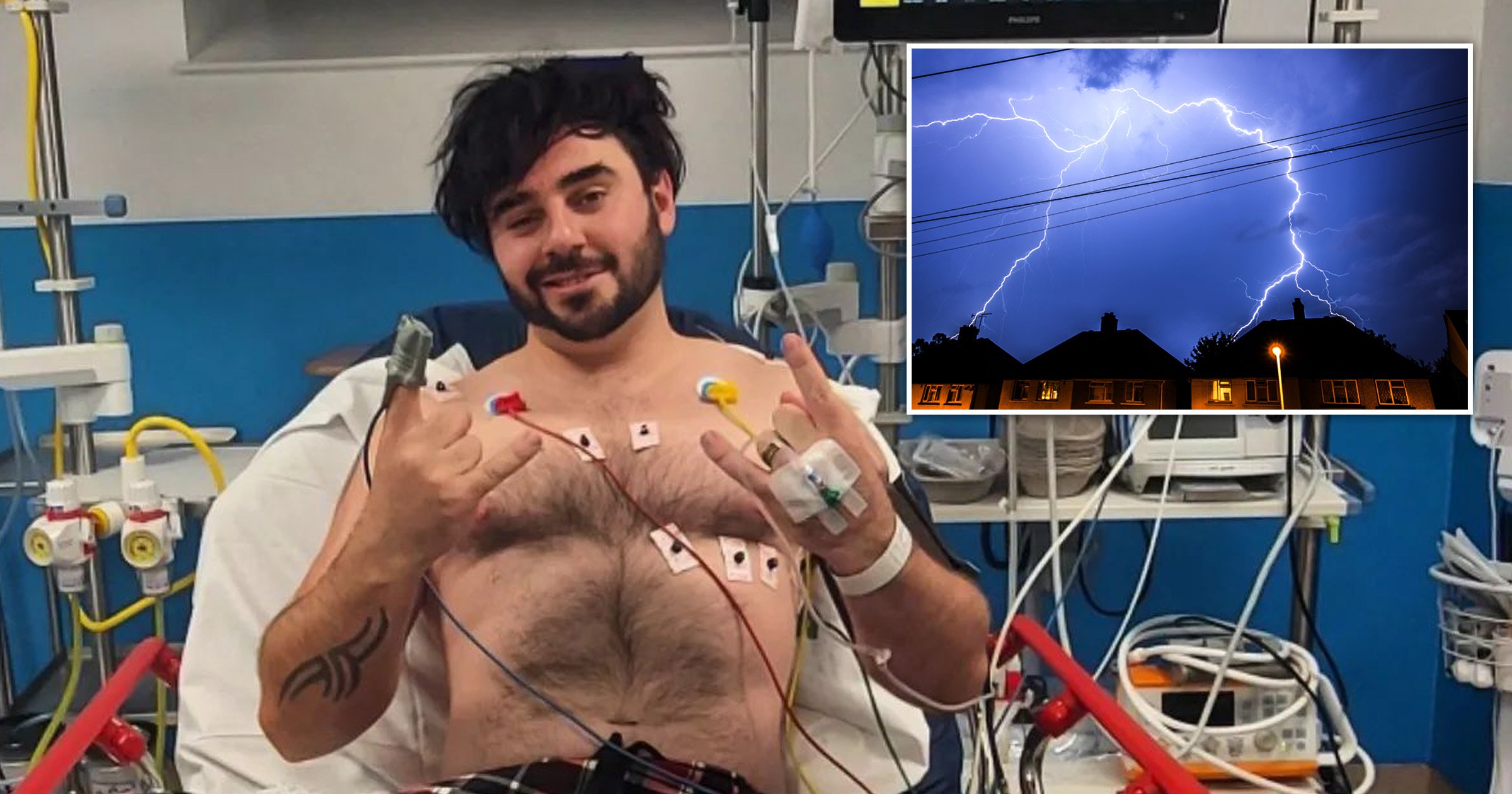 A man has been left with scars on his arm when he was hit by a bolt of lightning as he sat on his couch.

Aidan Rowan, 33, was using his PlayStation when he heard a loud crack followed by a heavy sensation in his body at about 10.30pm last Monday.

He immediately keeled over at his home in Oxfordshire so his husband, Aaron, 32, took him to hospital.

Aidan was kept under supervision for several hours before being discharged with some pain medication.

In a stroke of coincidence, he was playing Stray at the time – a game where you control a lost cat during a thunderstorm.

He said: ‘I was on the sofa playing a game where you play as a stray cat and it was thundering outside.

‘There was a very loud crack of thunder and I sort of felt a very heavy sensation all over and then a searing heat in my right arm where there are now burns.

‘It took about a minute to come back to my senses, I felt very, very confused. I went upstairs and asked my husband for a wet towel as I didn’t know what had happened but my arm was burning.

“He asked what that smell was and it was me burning. He then called his parents to take me to the hospital. He said he could see my arm blistering as he watched.

‘We got to the reception and Aaron said something had happened and it may have been a lightning strike and everyone turned to look at me.

‘I was rushed through to an assessment room and they said it does look like it was a lightning strike. Nine doctors from different departments came to look at me and I was put on a heart monitor and had some blood tests.

‘At first my heart rate was erratic but when I was level for about four hours I could go home.’

Thankfully Aiden was left with nothing but a series of scars on his left arm and a ‘starburst’-shaped burn on his right hand following the incident, but says it could’ve been much worse.

He said doctors believed the lightning ‘bounced off the water and through the window” after hot weather had made the ground hard causing rainwater to sit on top.

‘We just couldn’t really process it at the time,’ he said.

‘After a few days it started to mentally affect me, realising that I could have died.

‘My friends were very concerned, especially in the first few days, but once people realised I was okay there have been quite a few jokes about Thor.’

‘That’s the last time I play a cute cat game during a thunderstorm I think!’