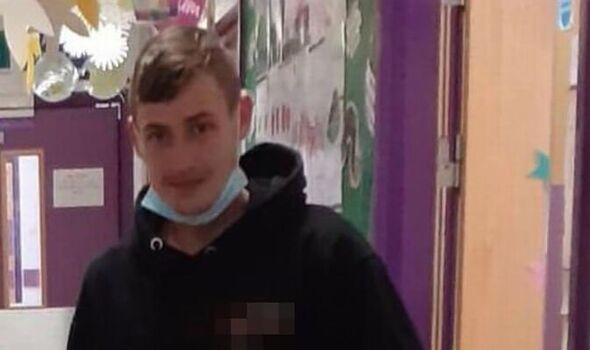 A selfish dog owner who let his pet starve told a magistrate: “I’m going home? Thanks” when he was spared jail this week.

Benjamin Johnson’s dog Jess had to be put down after her owner neglected her and left her in a pitifully “emaciated” condition.

Johnson, 24, “buried his head in the sand” and could not be bothered to seek any veterinary care even though he had known for months that the greyhound-type dog’s dwindling body fat was having a serious effect on its health and weight.

Despite Johnson’s previous animal welfare conviction involving a horse, he was allowed to walk free from Beverley Magistrates’ Court.

The defendant admitted causing unnecessary suffering to Jess by failing to investigate and address the cause of the dog’s poor body condition and weight loss, between November 3 and January 3.

Philip Brown, prosecuting for the RSPCA, said that the dog’s body weight dropped from 24kg to just over 10kg and it was emaciated at the time it was examined by a veterinary surgeon. The dog had an underlying cancerous mass that affected its throat and it was decided that it was in the dog’s best interests to be put to sleep.

The dog had clearly suffered for between one and two months and it had little body fat. It had such poor nutrition that it was using up its own fat reserves to maintain body functions for three or four months, said Mr Brown.

Johnson, later admitted that he was aware that the dog had been losing weight for about six months and that he had not sought any veterinary help. He should have recognised that the dog was not at its optimal body condition.

Johnson, from Bridlington, East Yorkshire, was unsuitable to have control of animals.

“There is another dog at the property,” said Mr Brown. “That dog is owned by and the responsibility of his partner.”

Johnson had a previous animal welfare conviction from 2017 relating to the unlawful tethering of a horse in 2016. He had been given a community order but later breached it. He was not given a ban on keeping animals on that occasion.

Robert Vining, mitigating, said: “He buried his head in the sand. The dog was losing weight. He had pressures on him in other fields. He is very upset at what has taken place and his lack of action. It was a difficult period of time.”

Johnson had been suffering from “galloping inertia” at the time. “He accepts that because of his inertia, he is going to be disqualified from keeping animals and he accepts that,” said Mr Vining.

Johnson was “not in gainful employment” and was on benefit. He and his mother were prosecuted for the previous animal welfare matter involving a horse, said Mr Vining.

He has been banned from owning, caring for and working with animals for five years and will not be able to apply for the ban to be lifted for at least three years.

The man was ordered to pay £144 costs and a Government-imposed £156 victims’ surcharge. An order for the RSPCA’s costs of £4,070, including for veterinary costs, to be paid out of central funds was made.