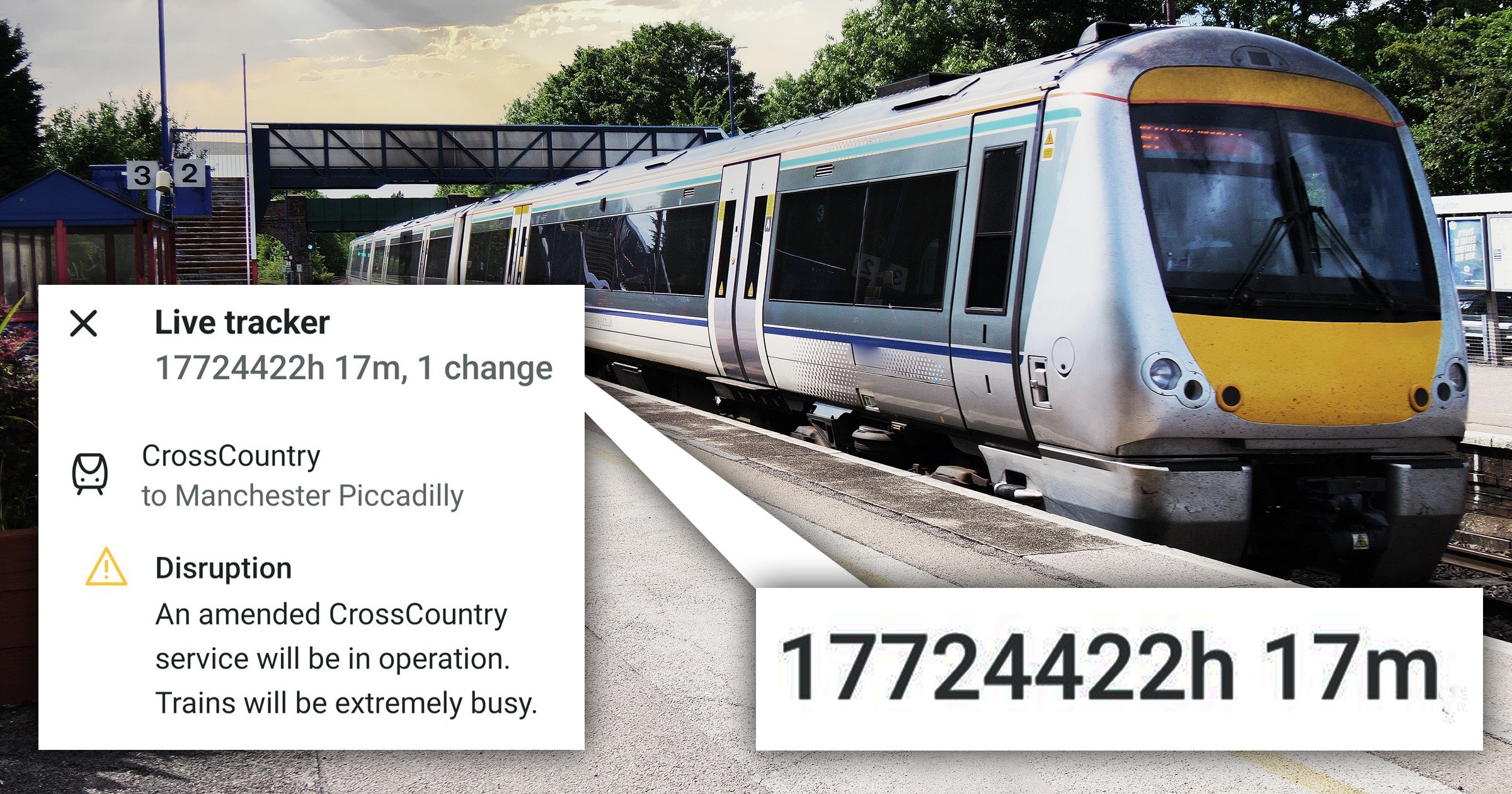 Many Brits have been forced to swap the rails for the roads this winter, due to the combination of strikes and wild weather.

Alex Cruden, who had been looking to travel between Birmingham and Sheffield on December 27, was among them.

He abandoned his plan to take a train after he researched potential routes on the Trainline app.

Alex tweeted out the baffling estimate and added: ‘I knew the trains were going to be a problem today but the Trainline is telling me my journey to Sheffield is going to take over 2000 years.’

While his journey stalled slightly, his Tweet had taken off and reached thousands of people.

Many poked fun at the app’s error, suggesting Alex ‘bring a lunch’ or pack a good book to pass the time.

Alex told Metro.co.uk: ‘Having a tweet go viral was funny. I’d actually been trying to use social media less recently, so I was pretty surprised when my phone started pinging with loads of notifications.’

Rather than wait a literal eternity to reach Sheffield, he decided to travel by car instead.

Alex said he was ‘very lucky’ to have relatives come save the day.

He added: ‘Well there was quite a big chance of me getting stranded in Birmingham, and my brother and fiancée were kind enough to agree to do half the journey each.

‘I was very lucky – most people won’t have that option when faced with public transport problems.’

Trainline reached out on December 27 to respond to Alex’s tweet.

Their response read: ‘2,021.99 years? You could finish War and Peace (a few times), reorganise your junk mail (once), relax after Christmas with the family (for the last thousand).’

Alex’s travel woes had fallen on a day on which rail staff were taking part in industrial action.

Union members are striking as part of a long running dispute over pay and working conditions, with further walk-outs yet to come.