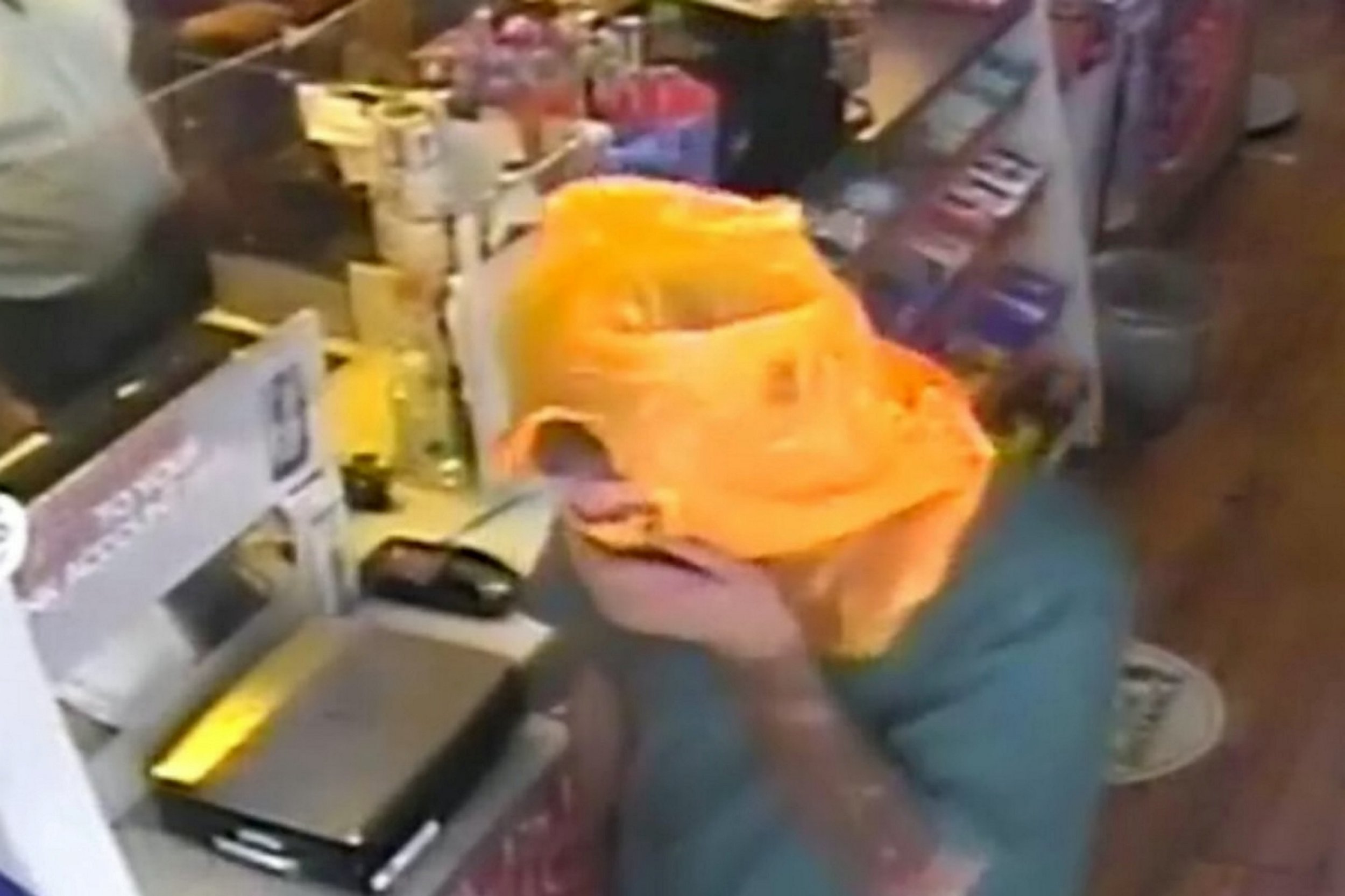 A would-be thief tried to hold up a post office with an orange ‘bag for life’ on his head – but was sent packing by the woman behind the counter.

Jed James, 29, demanded cash and cigarettes after going into the shop in Cowley, Oxfordshire.

He claimed to have a needle and a knife and warned: ‘You know what I’m going to do if you don’t’.

But the woman at the counter told him he was being ‘stupid’ and pointed out there were ‘cameras everywhere’.

James, who had cut a slit in the bag to see where he was going, replied ‘got cameras?’ and then ran out of the building.

A police officer spotted him on CCTV at around 5pm – six hours after the bungled robbery bid which happened at around 11am on August 23.

He followed him to a Co-operative shop on Iffley Road where he caught James trying to pocket chicken breasts.

James had earlier gone to a different branch of the supermarket and also tried to steal meat there, but was caught and punched a staff member when they tried to stop him leaving the store.

Gareth James, mitigating, said his client had effectively no memory of the events, but accepted it was him on the CCTV.

He had taken Valium and drunk alcohol before the incidents, as he was addicted to both substances.

It was made clear that James did not have a needle or knife on him when he committed the offences, despite his claims to the shop assistants.

His advocate described the crimes as an ‘uncharacteristic spree of offending while under the influence of drugs and alcohol, which he realises he cannot repeat and needs to address’.